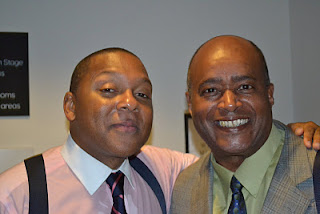 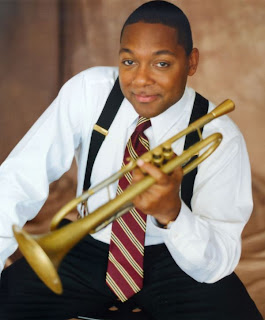 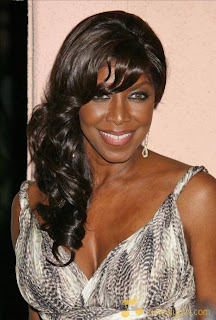 CHICAGO---Natalie Cole looked slim and stunning in a backless black and white floor-length gown as swept on stage to front the Jazz at Lincoln Center Orchestra with Wynton Marsalis in a set of searing exploration of Big Band Hits comprised mostly of those associated with her legendary father, Nat “King” Cole. The vitality of her performance was especially gratifying to her fans in the capacity audience, who have been following her success in the wake of kidney transplant surgery in May 2009 after being diagnosed with hepatitis C. An adoring fan that had seen her on CNN’s Larry King Live had donated her new kidney. The success of her kidney transplant was tempered by the loss of her older sister, Carol “Cookie” Cole, who died of lung cancer during Natalie’s successful surgery.

Natalie’s journey is documented in her latest autobiography, “Love Brought Me Back: A Journey of Loss and Gain” (with David Ritz,  $23, 2010 Simon & Schuster), which was turned into a PBS documentary of the same title,  and her earlier tome, “Angel on My Shoulder: An Autobiography (with Digby Diehl, $31, 2000 Warner Books). The loss of Whitney Houston also made Cole’s appearance, in light of her back-story, especially poignant.

“Come Rain or Come Shine” kicked things off at a jaunty pace, with the singer scattin’ as if Sarah or Ella were leaning over her shoulder. Special Guest Conductor Gail Dietrich, Ms. Cole’s music director, put the already accomplished orchestra through its paces as she directed this spirited romp through the big band classic repertoire. “She’s pretty hard on us!” Marsalis commented to the audience with mock exhaustion during a break in the exquisite music.

‘Thou Swell,” another evergreen associated with her famous father, which the Grammy Award-winning songbird has now made her own signature hit sparkled with her unique vocalizations and the orchestra in full Swing mode. Echoes of the great foot stompin’ arrangements done by Quincy Jones during the Basie orchestra’s Golden Years could be heard and felt throughout.

Cole followed with a touching moment, when she recalled her father’s memory and one of the truly great songs associated with it. “This song was given to my dad and written by the great Charlie Chaplin,” she recalled, breaking into a heart-melting rendition of “Smile.”

Cole recalled her father’s superb phrasing in “Let There Be Love” which was punctuated by an outstanding trumpet due between Wynton Marsalis and winner of the Thelonius Monk Institute’s 1990 first-annual Louis Armstrong Trumpet Competition winner and JALC orchestra member Ryan Kisor.

The encore, “Orange Colored Sky” brought further remembrances of her great father. “”I used to watch my dad sing this song, never realizing that one day, I would be singing it myself!” Somewhere in Jazz Heaven, I’m sure the “King” is smiling with pride.

Earlier in the program, the orchestra presented up and coming jazz vocalist Cecile McLorin Salvant, another Thelonius Monk Institute winner at it’s International Jazz Vocals Competition at Kennedy Center in Washington, D.C. A stellar vocalist with quixotic turns that range from the near operatic to the sassiest of Sarah’s scatting to the gut-bucket blues of Big Momma Thornton, she was, unfortunately, visually entombed in a rather ungainly and unflattering muumuu.

Wynton Marsalis and the Jazz at Lincoln Center Orchestra opened the concert with an exploration through the annals of Big Band Jazz from Glen Miller’s “In The Mood” to Les Brown and his Band of Renown’s “Sentimental Journey,” popularized by Doris Day, to Thad Jone’s spellbinding A Child Is Born”, it was a night that brought honor and glory to the music that made jazz a household word in twentieth century America and the world.

Posted by Dwight the Connoisseur at 12:20 PM