Tonight, Wednesday, May 14, at 6:30pm local time, audiences are in store for a real treat, the opportunity to see the Met Live HD Encore Presentation of Rossini's La Cenerentola. This is the best comic opera production of the current season and, by all accounts, one of the best cast ensembles to be featured in the opera in recent memory.  Tenor Juan Diego  Florez excels in the "Prince Charming" role of Don Ramiro in this retelling of the popular Cinderella Fairy Tale and soprano Joyce DiDonato brings a fresh approach to the demanding lead role as the beleaguered Angelina.

Even before the central characters take center stage, its apparent that the rest of the cast has consideragle vocal star-power.  For example, Alessandro Corbelli as the scheming Don Magnifico delivers an absolutely hilarious performance as the father of the vain sisters Clorinda (Rachelle Durkin) and Tsbe (Patrcia Risley), who schemes to marry them off to the handsome prince.  The skullduggery happens all the while their stepsisterm Angelina (sung magnificently by Joyce DiDonato) toils in obscurity as the family maid. The hilarity gets underway very quickly as the prince arrives at the stepsister's home disguised as his valet and his valet, Dandini (Pietro Spagnoli), camps its up as the pretend Prince.
In an interview with Met backstage host and soprano superstar Deborah Voigt, Spagnoli reveals the challenges of Rossini's fast-paced vocal repititions, calling it "an ancient Rossini Rap."

Characterizing the rapid-fire singing technique he employed, Spagnoli said "we kept rehearsing the part, each time singing it faster and faster. The conductor (Fabioi Louisi), did an incredible job of keeping the entire ensemble together with the orchestra and having everything move so smoothly along at such a fast pace." Regarding his own vocal gymnastics, Juan Diego Florez marveled at his ability to ahieve the vocal heights created by Rossini in his final aria. " I have to find this high 'A' in the midst of all of the hundreds of notes he puts in front of me. It's a real achievement, especially since it comes right near the end of a very long and demanding scene!"

In addition to the incredible singing and terrific comedic timing. the sets and costume design by Maurizio Balo are refreshing, using bold colors and modern design touches that hint at the timeless, periiod references of the story line, without going over the top. The production, by Cesare Lievi, is one of the finest of the season. For more information and local theatre listings. 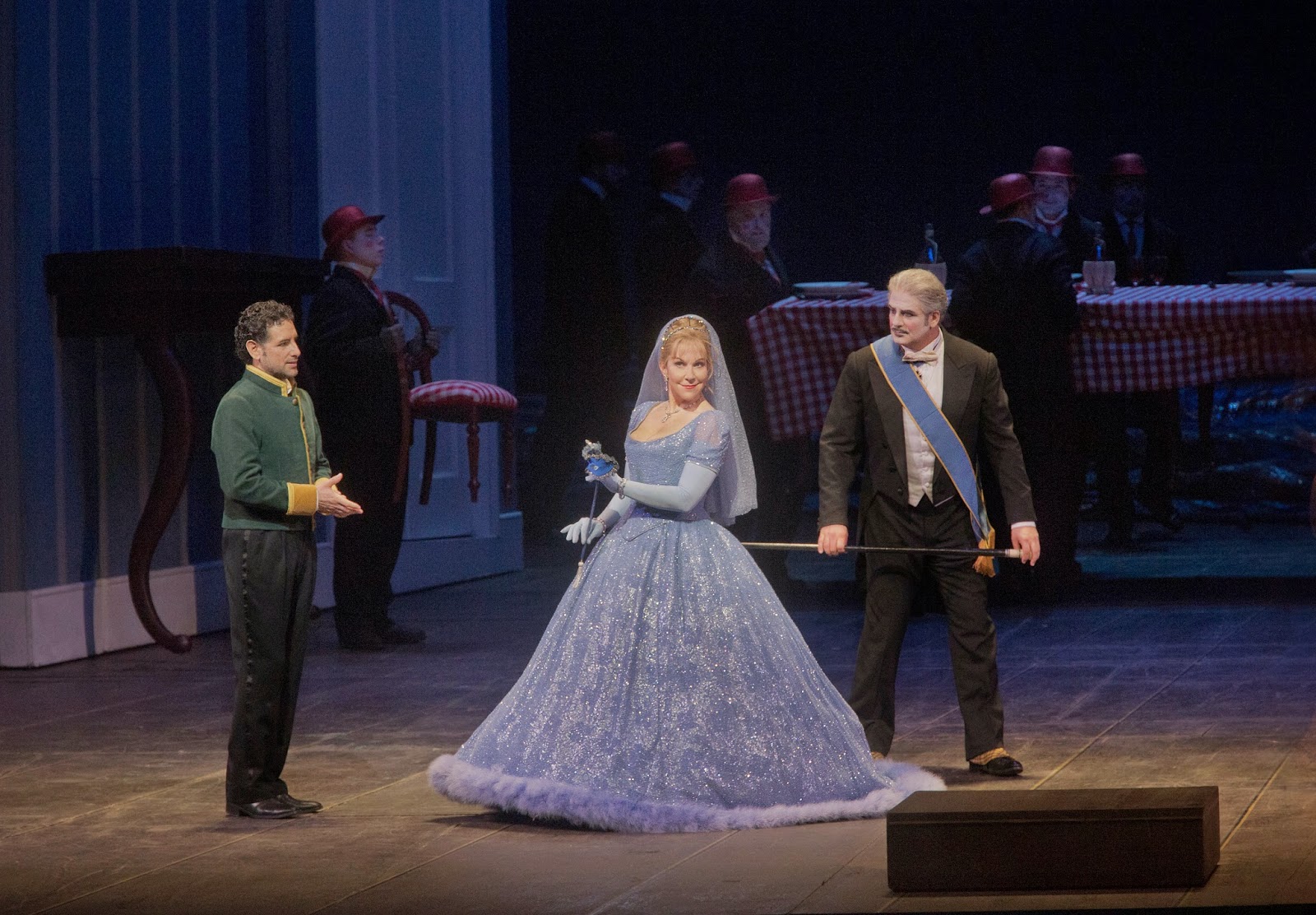 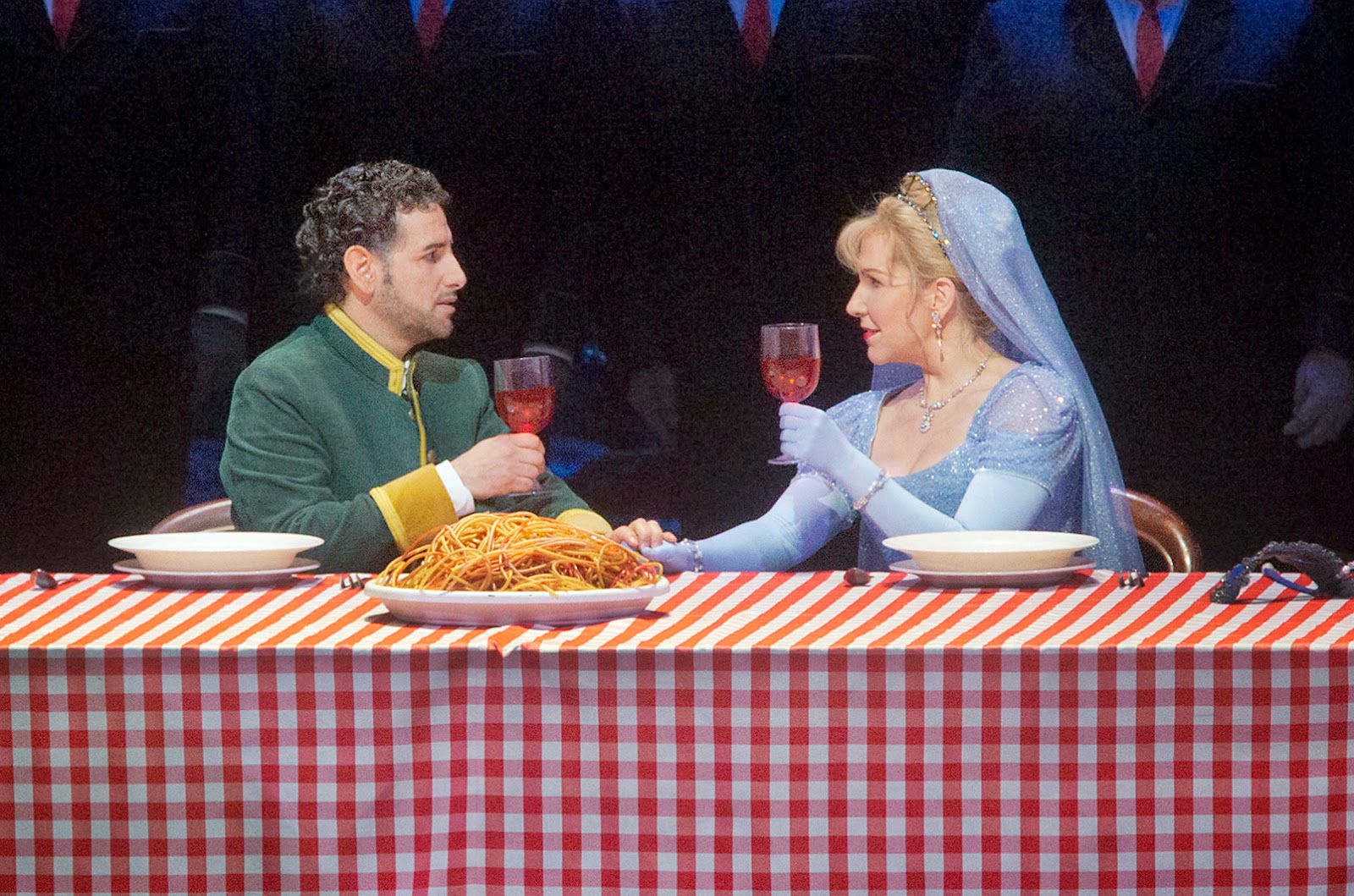 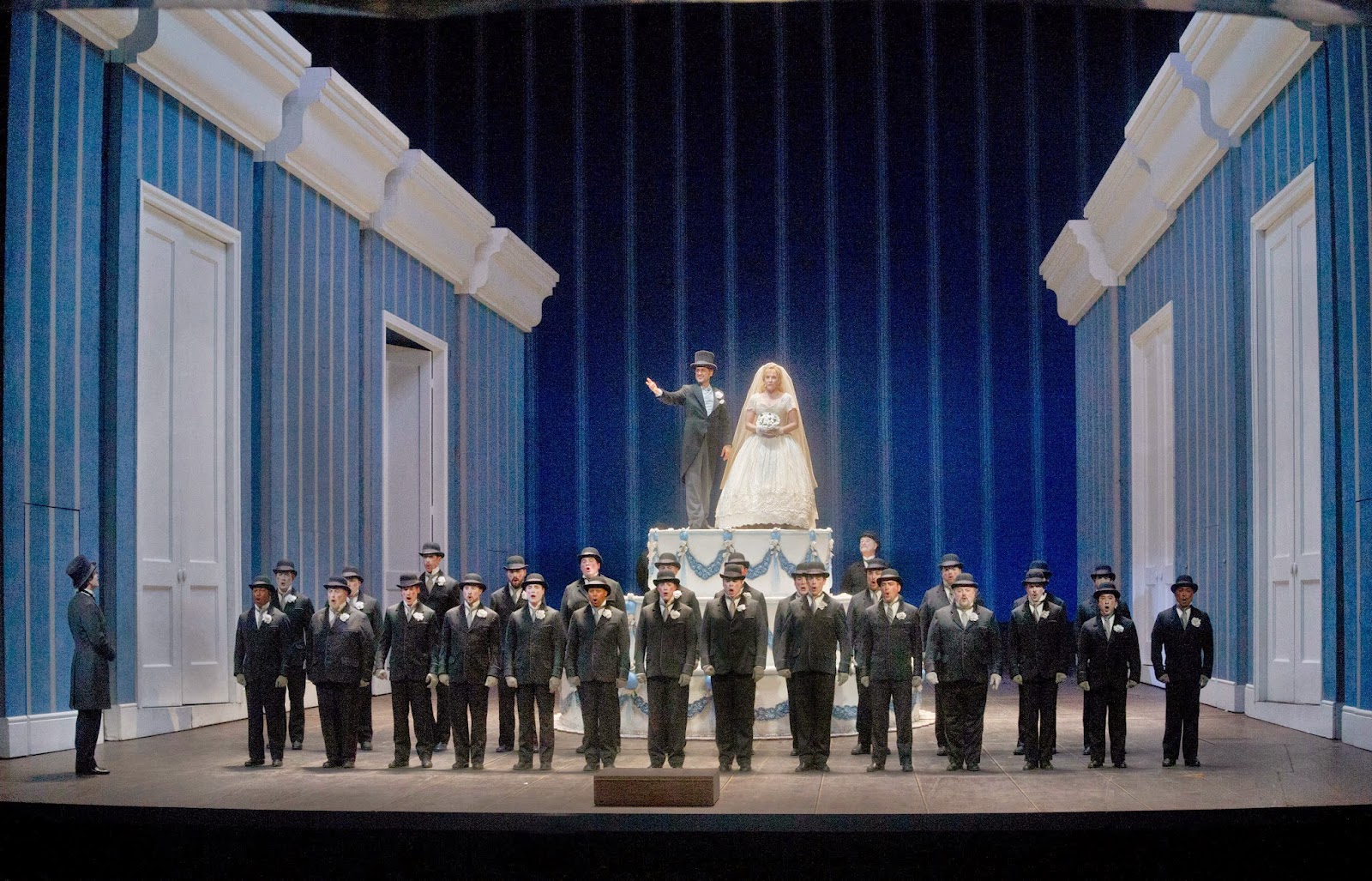 Posted by Dwight the Connoisseur at 9:15 AM