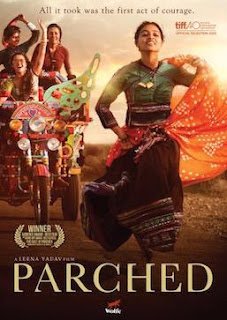 Writer/director Leena Yadav, one of the leading female directors in India, has  created a highly captivating drama that unmasks the cultural and ritualistic exploitation and subjugation of women. In vivid detail and beautiful cinematography from the Academy Award winning  Russell Carpenter of Titanic fame, the film follows the lives of three rural Indian women as they begin their slow journey toward bonding to fight the ancient traditions that hold them in servitude. As the film portrays, the oppression of women is all-pervasive, from the type of entertainment they are forced to provide at the local carnival, including providing sexual favors for cash,  rules that exploit their value in the local marketplace, spreading even into the home, where spousal abuse, families who ostracize women for desiring education or for expressing an opinion, and the bartering of children as brides is commonplace.

This award-winning film is brutal in its honesty, but presented in such an atmospheric fashion that the contrasting beauty and humanity of the culture is juxtaposed against the outright brutishness against women. The nuanced lighting and vivid cinematography make the horrific acts against the women even more shocking.

The women live in a remote desert community of North West India. The widowed Rani (Tannishta Chatterjee, her vivacious best friend Lajjo (Radhika Apte) and exotic dancer Bijli (Surveen Chawla) talk openly about their struggles to overcome the oppression of men and society under the rules and customs of traditional village ways. Sex and women are a commodity to be bought and sold, even down to a teenaged bride sold off to be married to a spoiled 15 year old from a well-to-do family like so much chattel.

Part Bollywood, part suspense drama and part cultural panorama the film captures the beautiful desert landscapes, and rich, texture of village life in a way that transforms PARCHED into a heart-stirring portrayal.

"This story is my reaction to a misogynistic society that treats women as objects of sex," says director and writer Leena Yadav. The film gives the women characters a voice in a way that also emphasizes their humanity and their universal struggle.

PARCHED is distributed by Wolfe Releasing and will be released August 9 by Wolf Video on DVD/VOD and all digital platforms including iTunes, Vimeo On Demand and WolfeOnDemand.com as well as DVD vial Wolfe Video at major retailers. 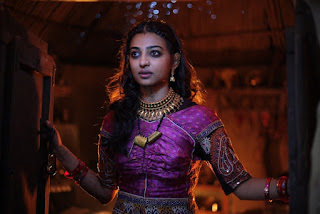 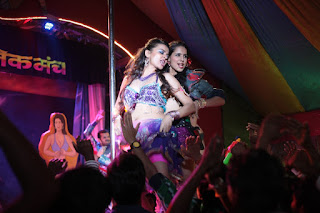 n
Posted by Dwight the Connoisseur at 3:36 PM