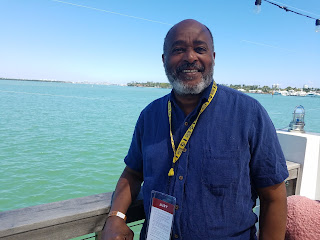 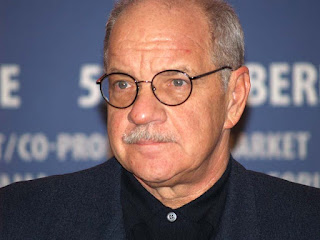 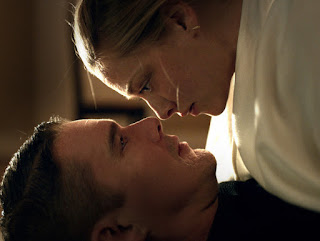 MIAMI BEACH--Screenwriter and Director Paul Schrader (Taxi Driver, American Gigolo) told an audience at the 35th Miami Film Festival that he was determined to do what he called a "quiet" project that was a complete departure from the many game-changing hits he's written directed over the years, the least of which was his maiden endeavor, the ground-breaking Taxi Driver. "I wanted to go back to my religious roots, deep into Calvinism, in the culture in which I was raised," he said of First Reformed, the Ethan Hawke starring vehicle in which the actor portrays an ex military chaplain turned pastor of a small, upstate New York tourist church, with virtually no members. The church is overseen as the step-child of a mega-church, presided over by a friendly, yet somewhat officious leader played with brilliant deftness by Cedric the Entertainer. This actor is highly underutilized as he shows considerable acting chops at balancing the bifurcated personality of his character. Hawke meets his spiritual Waterloo in the person of the super devout, pregnant Mary (Amanda Seyfried) whose perennially depressed husband Michael (Philip Ettinger) is hell-bent on having her abort her already too-far advanced pregnancy so he devote his full attention to his magical passion to save the world from environmental apocalypse.  Mary wants the Reverend to counsel Michael and bring talk him down off the ledge, which we quickly learn is an exercise in futility. It doesn't take much of a Sherlock to figure which was this thing is going. The Reverend gets drawn further into Mary's pollyanna and he is drawn like a moth to the flame of activism sparked by Michael's  zealous but truncated mission. Complicating it all is the fact that Cedric is attempted to keep the Reverends from going off the rails before the celebration of the church's 250th anniversary to be attended by the Governor and, more importantly, the corporate sponsors (read environment-destroying money grabbers) who feed Cedric The Entertainer's coffers.


First Reformed is the very antithesis of everything Schrader has ever done. "There are some elements of Taxi Driver in it, particularly in the ending. What I really wanted to do was create a film which is almost completely devoid of any action, but is driven almost by what doesn't happen. My thought was that by depriving the audience of the usual plot devices that they expect, they will get further drawn into the film."

First Reformed accomplishes all of this and more with stunning capability. It leaves you wondering about the limits of faith and the need to supplant blind faith with bold action and the healing effect of the power of love.

Posted by Dwight the Connoisseur at 1:41 PM