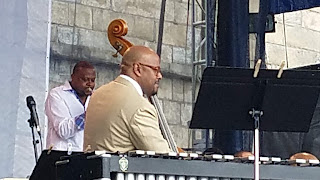 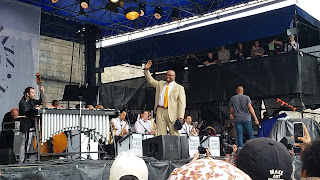 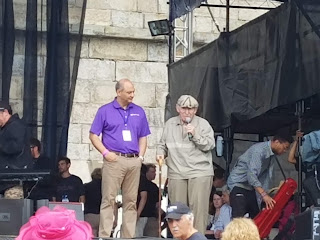 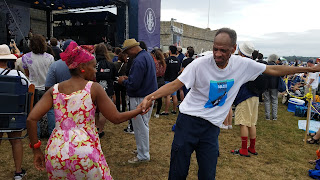 Harlem Swing Dancers get into the groove

Just into his first year as the Artistic Director of the Newport Jazz Festival, Christian McBride has left his indelible mark on this year's lineup.  The 64th Annual Festival features one of the living legends of modern jazz, the legendary Charles Lloyd, celebrating his 80th birthday during all three days of the festival, August 3-5 in three different settings. Friday, he will perform with his current group, Sangam. Saturday, he'll reunite with his longtime quartet with Jason Moran, Reuben Rogers and Eric Harland. Sunday, he'll team up with singer and songwriter Lucinda Williams. Friday Night's Concert at the International Tennis Hall of Fame features the meteoric Pat Metheny with Antonio Sanchez, Linda May Han Oh and Gwilym Simcock.

The rest of the weekend is a cornucopia of the most diverse and exciting talent on the current musical horizon. Long-time Newport Jazz favorites like Jon Baptiste, Joshua Redman and Michel Camilo return to the Fort Mason stages, along with a dazzling array of searing vocalists. Gregory Porter makes a triumphant return along with the scintillating Jose James, who celebrates Bill Withers at the Friday Night Concert with a tribute concert, Lean On Me.

Lovers of jazz piano will delight in the talents of Matthew Whitaker, Isaiah Thompson and Emmet Cohen in the intimate setting of the Storyville stage.

Laurie Anderson makes her Newport Jazz Festival debut. Other first-timers include GoGo Panguin, Martquie Hill, Sonnymoon, Nicole Mitchell and the Black Art Jazz Collective. Newport Harbor won't need fireworks to round out the festival, the inimitable pilot of the Mothership, George Clinton, sets the Harbor Stage ablaze with his P-Funk All-Stars. Satellites orbiting the northeast coast will be sure to pick up the spontaneous combustion emanating from the festival stage.

Here are some scenes from last year's festival: 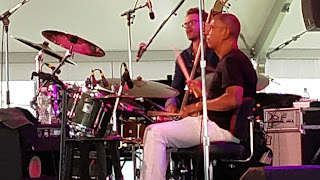 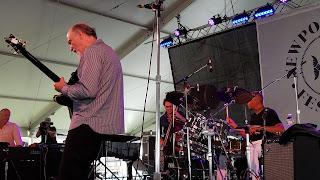 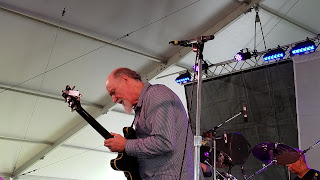 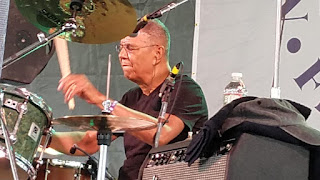 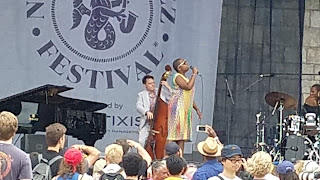 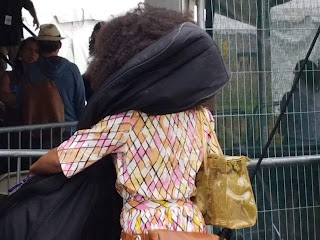 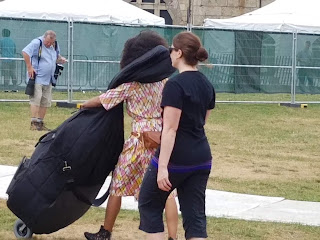 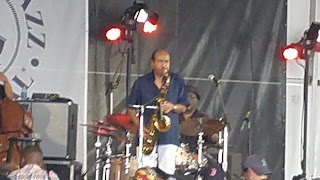 Benny Golson presents his many compositions in concert 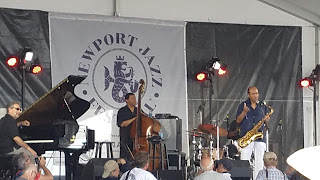 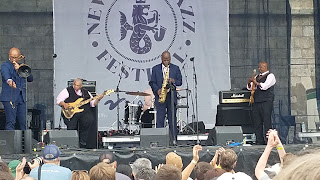 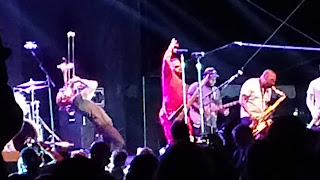 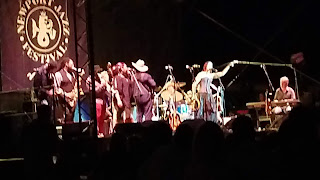 The Roots Band at the Friday Night Concert 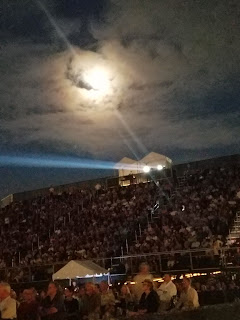 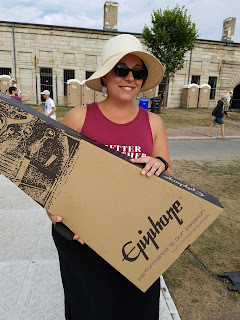 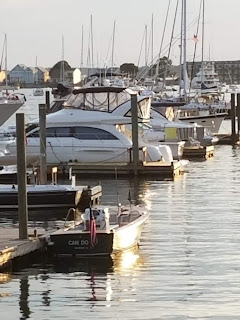 Sunrise and sunset over Newport Harbor 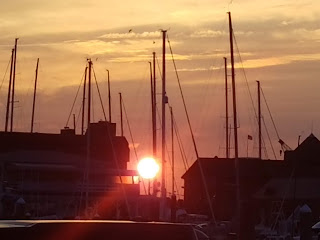 Posted by Dwight the Connoisseur at 7:28 PM