Film Review: The 100-Year-Old Man Who Climbed Out of the Window and Disappeared

Screened at the Chicago Film Festival
Currently available in DVD release at Amazon.com

What do a 40 year old elephant, 500 thousand dollars in stolen cash, Robert Oppenheimer, Stalin, Franco and a 100 year old man have in common? On the surface, nothing. But in the hands of Swedish film director Felix Herngren, who co-wrote the film, based on Jonas Jonasson's wildly popular 2009 debut novel of the same title (Herngren is a director and actor best known for the hit TV series "Smash"), all of the disparate elements are loosely bound together to depict the madcap misadventures of 100 year old Allan Karlsson, played with brilliant abandon by Swedish comedy great Robert Gustafsson.

We learn that Karlsson grew up as a highly precocious loner who had a propensity for blowing things  up. His predilection gets him in some unlikely circumstances, including being both on the front lines of the Spanish Revolution, blowing up bridges, to being a favored member of Franco's court. Later, he makes his way into Stalin's inner circle to become the point man in an assassination attempt and later assists Dr. Robert Oppenheimer in creating the atom bomb. It all rings of Forest Gump, and the Disney distributed film has enjoyed rock star success on the international film festival circuit. Last year, it gave "The Girl with the Dragon Tattoo" a run for its money for garnering awards on the European festival circuit.

Living out his last days quietly in the Scandinavian countryside, Karlksson's old propensity gets him in a bit of trouble and lands him in the care of a nursing home, which he absolutely loathes. On the day when the home is planning an elaborate party to mark his 100th birthday, he decides to make a run for it and climbs out of his first story window and heads to the nearest train station and buys a ticket to anywhere.

He runs into a crook on the run, who asks him to watch his suitcase, which, incidentally, is full of ill-gotten cash. The old man wanders off with the bag, not knowing what's inside, and that's where the zany plot and odd collection of characters begin to unfold.

The film score by acclaimed Swedish composer Matti Bye, underscores all of the action with inventive keyboard improvisations and front-and-center brass flourishes. Bay's credits include a Best Original Score nomination by the Swedish film academy and composing credits for the film "Everlasting" by Academy Award nominated director Jan Troell and the score for "Scenes from a Playhouse," the documentary on Swedish film great Ingmar Bergman. The carefully crafted framing of cinematographer Goran Hallberg and editing by Henrik Kallberg make this film a visual delight.

At times, the plot twists are a bit hard to follow and the humor sometimes escapes, but, you laugh anyway. Comparison's to Winston Groom's "Forrest Gump" or Voltaire's "Candide" may cross your mind, this screenplay, as written by Herngren and co-writer Hans Ingemaansson will have none of either of the former's philosophical bent. The author described his novel as a "hopeful satire on the shortcomings of mankind." The film version dispenses with all that psychobabble and goes straight for the funny bone. Anyone who says there's no such thing as a Scandinavian sense of humor will be proved to be dead wrong with this film. It's wildly funny, even if you don't quite get the jokes. In this one, as Shakespeare said, 'the play's the thing' and Herngren crafts every scene in such a way that the irony and the humor jump out at you at every turn. Yes, at times the plot twists are incongruous, but, who cares, this film will give you more laughs than you've had all year on your own. 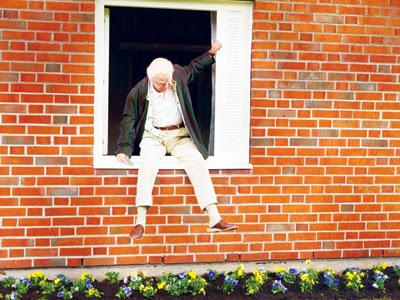 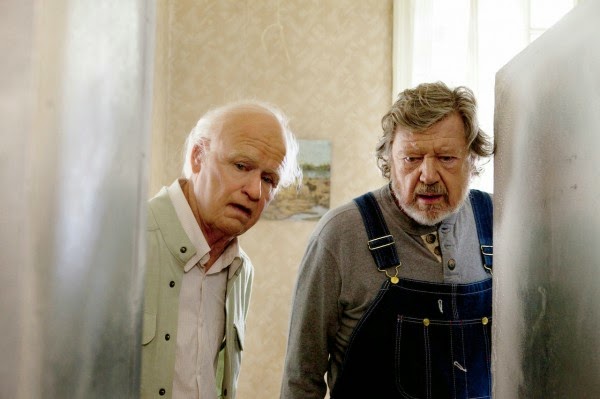 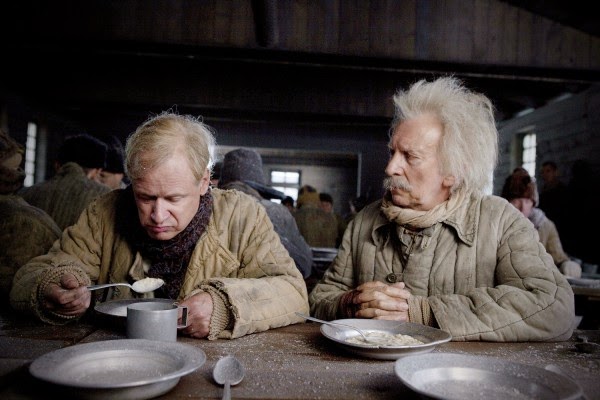 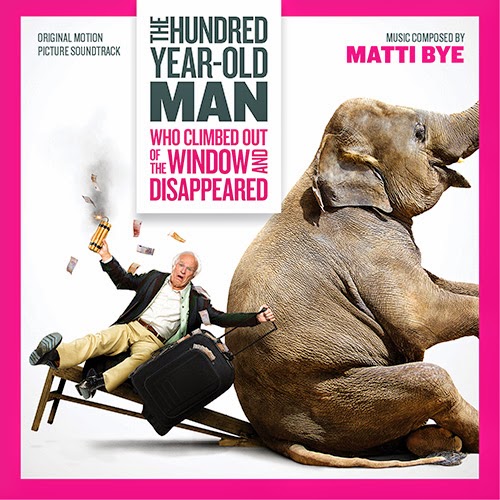 Posted by Dwight the Connoisseur at 10:35 AM