NEW YORK--"The Diplomat, " an HBO documentary that will air in the fall in commemoration of the 20th anniversary of the Dayton Peace Accords which ended the war in Bosnia, had its world premiere at the 2015 Tribeca Film Festival. The film, directed by Holbrooke's son, David, presents a larger-than-life portrait of the career diplomat, whose brash style and uncompromising manner often set him at odds with the White House, to which he served as a diplomatic troubleshooter for fifty years. His mission and his legacy are as relevant today as they were during the crisis diffusions he brokered during his lifetime, as evidenced in a front page New York Times story that was published on the same day as the film's Tribeca premiere.

The article detailed revelations from his personal diary that had remained secret until now. The diary revealed his personal dissatisfaction with the Obama administration and its refusal to pursue a tactical solution to U.S. entanglement in Afghanistan. In his personal view, he saw the president and his advisors as being driven by domestic political considerations instead of the larger international implications at hand. President Obama, according to Holbrooke's secret diary, turned a cold shoulder to his advice, instead relying on that of  White House insiders and the military.

Tribeca gave the film all of the world-class pomp and circumstance it deserved. A Red Carpet reception preceded the screening with a discussion and Q and A after the movie, hosted by Yahoo International Editor Katie Couric.

The film in many ways, was an effort by the director to come to terms with the difficulty of being raised in the shadow of a man who was larger than life in the public eye, but never more than a distant, shadowy figure in his own life. Like so many children of the famous, the image of his father is far different than the public's perception. At one point, we see the director break down in tears as one of his interview subjects reveal to him his father's dying words. It is a moment that rivets the film.

Richard Holbrooke was a larger-than-life figure and a maverick. He fit none of the normal molds hat shaped others in the diplomatic corp. He spoke his mind and was not above using threats to achieve his goals. David Holbrooke even said during his post-screening interview with Couric, that he considered called the film "The Undiplomat." In spite of his confrontational manner, the elder Holbrooke  garnered the respect of many of the dictators he came up against.  In negotiations to end the war in Bosnia, his tough tactics to bring warring parties to the bargaining table earned him the begrudging respect of the hard-nosed dictators on both sides, even the privilege of calling one of them by his nickname.

The documentary spans the nation's troubled wartime landscape of the past half century; Vietnam, Bosnia, Kosovo and Afghanistan. It  also goes behind the scenes to reveal the often bare-knuckled wrangling that went on in the Oval Office and in  the private meeting rooms that line the corridors of the State Department and  Capitol Hill.

Holbrooke's single-mindedness and confrontational style served him well in the political arena of the last century, but with the arrival of President Obama and his cool-hand-Luke personality and poker face, Holbrooke's hubris was an unwelcome commodity. His frequent attempts to gain a private audience with the President regarding Afghanistan were often rebuffed. The one meeting that did occur resulted in a minor affront to Holbrooke's ego, when the President insisted on calling him "Dick."  "Call me Richard," Holbrooke offered. "My wife prefers it that way. The obvious tongue in cheek reference to their shared experience with strong-willed wives completely escaped the humorless Obama and only served to increase the icy impasse between them.

Ever the dedicated, career diploimat, Holbrooke died, in cowboy parlance, with his boots on. A last ditch effort to meet with then Secretary of State Hilary Clinton in yet another vain attempt to gain the ear of the  President on Afghanistan was truncated by sudden illness. Rushed to the hospital in the throes of cardiac arrest, he later died from complications of  surgery to repair an exploded aortic artery at the age of 69.

Richard Holbrooke's life as chronicled in the documentary "The Diplomat" is more than an effort of a son to capture the legacy of his father.  It is a detailed chronicle of the inner workings of a foreign policy that continues to place the leadership of the free world in the cross hairs of demagogues. 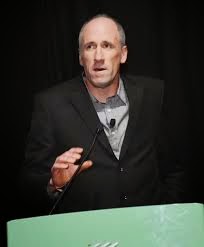 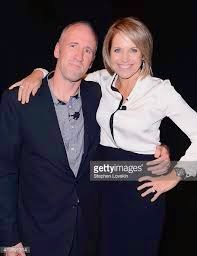 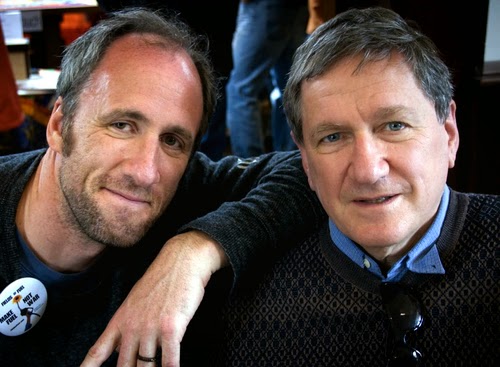 HBO documentary producer Stacey Reiss and his subject
Below: Richard Holbrooke in action in The Diplomat 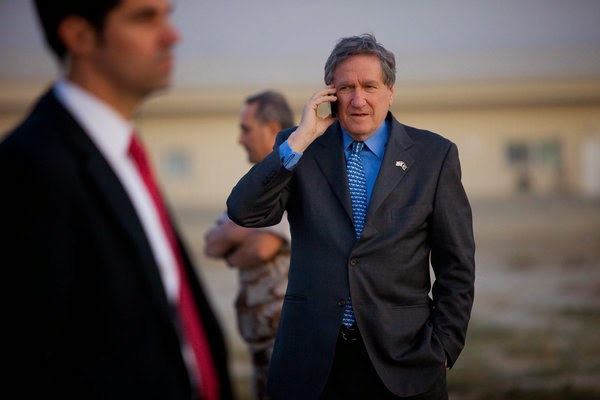 Posted by Dwight the Connoisseur at 5:39 AM