BECOMING BULLETPROOF DOCUMENTARY CHALLENGES VIEWS ON THE DISABLED IN FILMS 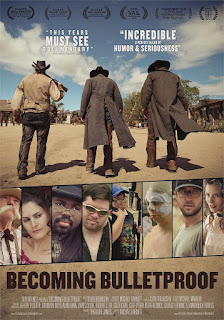 The Documentary film-within-a-film "Becoming Bulletproof" challenges our ideas on the viability of disabled actors in film and raises the question as to why we don't see more of them in mainstream films.  Winner of several major awards at film festivals around the country, including Best Documentary, Hollywood Film Festival, Audience Favorite, Heartland Film Festival, it is probably one of the most engaging and thought provoking films you will see this year.

The brainchild of brothers Will and Pete Halby of the Zeno Mountain Farm film project in Vermont and directed by Michael Barnett with producer Theodore James the film goes behind the scenes in the making of a Western entitled "Bulletproof," which is filmed on vintage Hollywood sets (the final shootout takes place on the actual set of the landmark film Gunfight at the OK Corral), complete with authentic Western wardrobe and a plot filled with saloon brawls, poker table showdowns and, of course, a final, defining gunfight.  The film combines the talents of both disabled and non-challenged actors and is a sometimes hilarious and often poignant examination of the interaction between society and the disabled and the power of film to level the playing field,  prompting personal revelations on both sides. 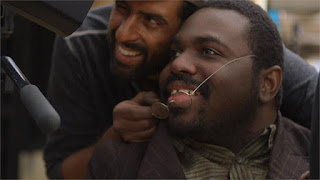 The project is an annual film camp conducted by the brothers, using a cast of disabled participants from around the country. 30 year old A.J. Murray, from Atlanta, who has severe cerebral palsy, requiring him to have complete round-the-clock care, plays the town mayor. Jeremy Vest, 27, born with Williams Syndrome, a rare neurodevelopment disorder,  is the film's hero, Bulletproof Jackson. Zach Gottsagen, 20, who has Down's Syndrome, is the local gambling mogul Gar Vunderson and 51 year old Judy Moscariello, who has cerebral palsy is a woman emotionally devastated by her lover's murder.

The film masterfully interweaves scenes of the making of the film set in the 1890s Old West with real-life present day challenges the actors face in their day-to-day lives and the heroism it takes to meet the challenging rigors of making a film, often against physical and emotional obstacles. The arduous process of film-making is taxing, even to those who are not physically or emotionally challenge and the 'actors' here are often pushed to their limits. Along the way, there's a journey of self-discovery, a great deal of tears and more than a few laughs. There's even a marriage proposal. "We're not trying to teach anything," project founder Will Halby explains on camera. "This is all about making an awesome movie. We're not making a statement." We quickly learn that there's much more than that simple declaration afoot. The actors are forced to meet their challenges head on and push beyond them for the good of the project. In stretching beyond their physical and emotional disabilities, they learn a vital lesson in self worth. Their lives take on new meaning and purpose.

"I feel so useless and such a burden to everyone the rest of the time. Here, I feel I'm significant. I have dignity! " A,J, declares tearfully at the conclusion of filming. After hours of rehearsal, he is finally able to deliver the film's concluding dramatic line. It is a defining moment, not only for the film, but for A.J. 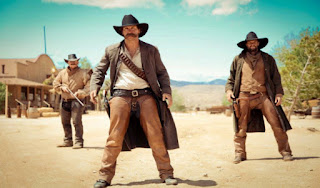 The film really gets the viewer uncomfortably up close and personal with its disabled subjects, particularly A.J., who is the most challenged of all. He requires constant care, with someone having to perform the most elemental tasks for him, including washing and feeding him. Its uncomfortable to watch at first, but, as the film progresses, you look beyond his limitations and start rooting for him to nail his lines.

"Becoming Bulletproof" is a film that challenges everyday assumptions about the ability of the disabled to become full participants in society and challenges our pre-conceived notions about them. Bullletproof also shows how the creative process can lift  the human spirit to surprising heights of attainment. 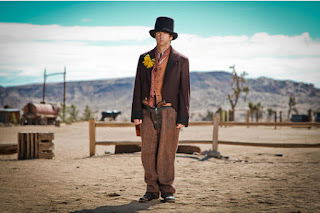 Posted by Dwight the Connoisseur at 5:36 AM