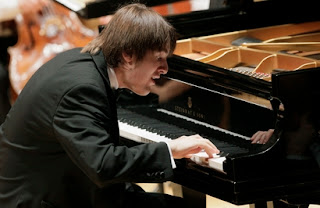 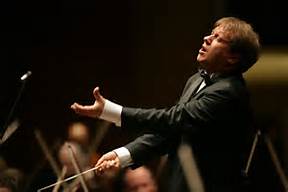 The ink was barely dry on the announcement that Russian piano whiz Daniil Trifonov would become the newest member elected to the board of the New York Philharmonic than he took the stage at the newly-renamed David Geffen Hall at Lincoln Center to give a commanding rendition of Rachmaninoff's Piano Concerto No. 3.

Known to students of the instrument as a sincere "knuckle buster," Trifonov dove into the horrendously difficult piece with gusto and proceeded to make mince meat of it. At times, his hands seemed to fly over the keys, yet each note was distinct. Underlying themes emerged and faded, giving the piece a portrait-like setting. There was more than towering bombast. Deep feelings emerged from the fray as Trifonov quickly shifted from flights of fury to probing emotion. An encore of Medtner's Fairy Tale further lifted his star into the firmament of piano greats.

Guest conductor Ludovic Morlot , music director of the Seattle Symphony,  similarly brought an emotive approach to the Rachmaninoff, showing a remarkable ability to maintain a nimble approach, which allowed the soloist free reign to push  tempos forward without losing control.  He similarly kept a tight lid on Rachmaninoff's Symphonic Dances, giving the opening march all of the power and grandeur it deserves yet allowing all of the emotion and beautiful themes to unfold in the contrasting middle section. As in the earlier concerto, outstanding solos in the string section and  the mighty horns rang out with regularity.

The New York Philharmonic presents Beethoven's Fourth Symphony, Richard Strauss's Till Eulenspiegel's Merry Pranks and the World Premiere of Andrew Norman's Piano Concerto with James Gaffigan conducting, Dec. 10-12. Then, the philharmonic goes into full holiday mode with the 20th anniversary collaboration of the Canadian Brass with the orchestra in Holiday Brass, Sunday, Dec. 13, followed by Handel's Messiah, with Jane Glover conducting and the Westminster Symphonic Choir, Dec. 15-19. For information, visit nyphil.org.
Posted by Dwight the Connoisseur at 3:15 AM