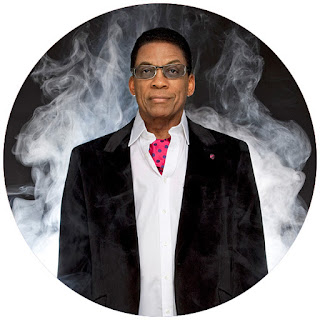 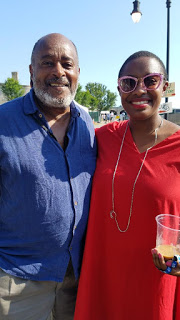 Newport Jazz Festival 2019 is pulling out all the stops to ensure that this year's festival is the greatest ever.  Celebrate under the stars at  Newport's famed International Tennis Hall of Fame with TV personality and Grammy-winning Louisiana Roots musician Jon Batiste and Friends at 8pm, Friday August 2. Earlier that day, jazz legend Herbie Hancock stars on the festival's opening day performances at Fort Adams. .The Oscar and Grammy-winning jazz icon will also  partner with festival Artistic Director Christian McBride and Vinnie Colaiouta for a Special Performance Saturday, August 3 , also at the festival's Fort Adams venue.

As if that  weren't enough to entice music lovers to jam the feast's online ticket office, the hurricane force saxophone whirlwind  Kamasi Washington brings his musical gravity defying ensemble to the Fort Adams stage on Saturday as well. Washington's 2015 album The Epic won him the inaugural American Music Prize. He is currently scheduled to make his first appearance as a film director at the 2019 Sundance Film Festival next January,  collaborating with new wave film  directors Bradford Young, Jenn Nkiru, Terrence Nance and Marc Thomas in the film As Told To G/D Thyself, inspired by his  genre bending  2018 album Heaven and Earth.
Speaking of genre bending, perhaps one of the biggest all-around stars of all time, Chicago's very own Common will break down all barriers between music, spoken word and performance art in his appearance at Fort Adams Sunday, August 4. The Academy Award, Golden Globe, Emmy and Grammy-winning artist and actor promises to bring a diverse set to the Newport stage that will further cement his image as one of the most impactful performers of our time. 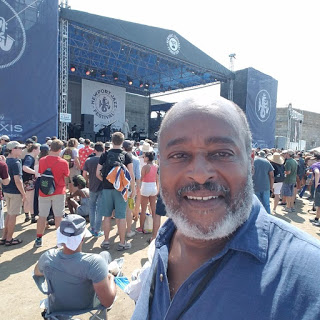 Another multi Grammy winner and perennial Newport favorite is Cecile McClorin Salvant who is also among the stellar lineup of vocalists, which include Dee Dee Bridgewater and the Memphis Soulphony. Even Salvant's longtime pianist and music director Aaron Diehl is featured in a solo turn.

There's no shortage of jazz legends in this year's festival program and true jazz lovers would do well to be front and center for some bedrock jazz names; Ron Carter and his trio, Terence Blanchard, Gary Bartz and Another Earth 50 Year Anniversary, Ravi Coltrane, all make for a landmark experience.

There are  performers to satisfy the most eclectic musical palate. The legendary Sun Ra and his Solar Arkestra. Ghost-Note and Thundercats, to name a few of the wide-ranging offerings that will satisfy the discriminating few . For the full festival lineup and tickets visit newportjazz.org.

HERE ARE SOME SCENES FROM LAST YEAR'S FESTIVAL: 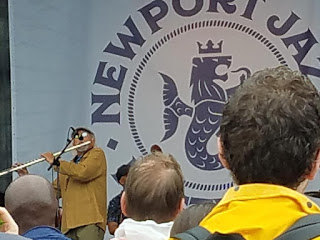 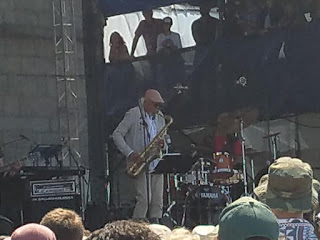 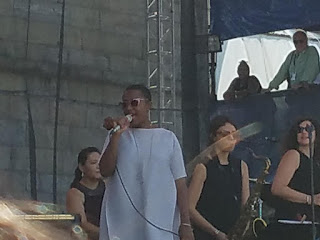 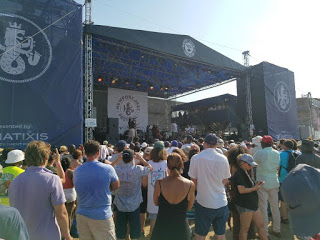 Posted by Dwight the Connoisseur at 1:16 PM