2020 US OPENS SWINGS INTO AUG 31 START DESPITE STAR DROPOUTS

ENTERTAINMENT: US OPEN SWINGS ON Aug. 31 DESPITE TOP PLAYER DROPOUTS 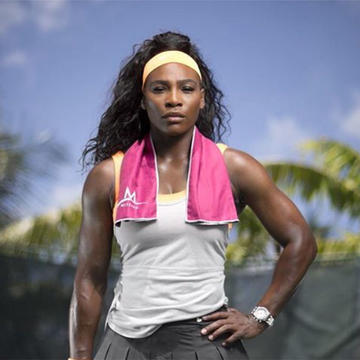 Serena Williams has been undertaking a rigorous training regimen 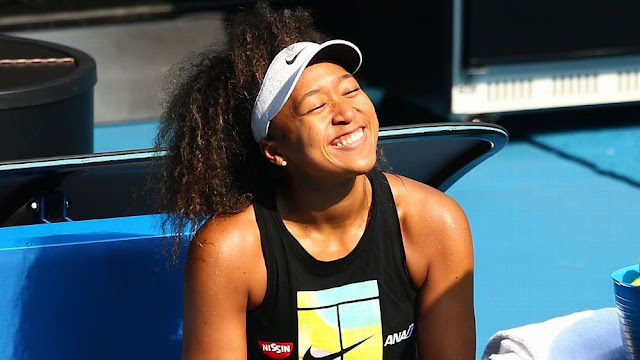 Naomi Osaka was hesitant to commit, but has entered with her coach saying her expectation of repeating her dramatic 2018 title wine over Serena Williams "will be low."

The US Open is set to begin August 31 at the Billy Jean King Tennis Center in New York, in spite of the withdrawal of some of the top players in the game.

USTA CEO and Executive Director Mike Dowse told a national Media Conference Call on Health and Safety Protocols that many of the competitors have already started arriving at the tournament’s bio-secure compound at the Marriott on Long Island.

This will be the first non-spectator US Open ever, with the stands devoid of fans and the players on lockdown due to rigorous multi-tiered health and safety protocols for them and their entourage. The same will apply to the phalanx of service personnel, drivers, caterers and the army corps of support staff that makes such a massive undertaking possible.

A weakened field of top tier female players could mean that Serena William’s chance of gaining that elusive 24th Grand Slam Singles Title has just been ratcheted up a notch. Her flight to Grand Slam-Heaven has just gotten a First Class ticket with the withdrawals of World No. 1 Ashleigh Barty of Australia and No. 2 Simona Halep of Romania. Irina Khromacheva of Russia replaces Halep in the main draw.

16-year-old tennis sensation Coco Gauff is signed up to compete. She has her eye keenly on upsetting the 38-year-old Serena’s chances.

Naomi Osaka, No. 3, who defeated Serena in a tear-and-tantrum drama for the 2018 US Open title has announced through her management team that she will compete in this year’s tournament. Her coach has already telegraphed a bid for sympathy with the ploy that her “expectation would be low.” That remains to be seen.

There’s plenty of star-power to go around in spite of the many withdrawals. Besides Serena, No.1 seeded Karolina Pliskova of the Czech Republic, No. 2 Sofia Kenin, are joined by Petra Kvitova and the powerful Spaniard Garbine Muguruza.

On the men’s side, Rafael Nadal will not return to defend his US Open title for what would have been a possible fifth win for fear of his safety because he did not feel that the pandemic is under control. Aussie Nick Kyrgios says he won’t show up for the same reason, to the disappointment of no one.  Stan Wawrinka, the 2016 US Open Champion, is also out as is somersault sensation Gael Monfils of France.

There is some good news. Novak Djokovic, the World No. 1, and the hardest working man in tennis and three-time US Open champion, leads the entry list that includes seven of the world’s Top Ten men.  The list is an impressive one; No. 3 Dominic Thiem was expressing second thoughts, but so far remains in. No. 5 Danill Medvedev, who dropped to Nadal in an exhaustive 2019 US Open final, is back seeking a better outcome. No. 4 Roger Federer had previously withdrawn due to aright knee injury, that just leaves the speedway wide open for the rest of the men’s field, which includes No. 6 Stefanos Tsitsipas, No. 7 Alexander Zverev, No. 8 Matteo Berrettini, No. 10 David Goffin and 2014 US Open champion, No. 37 Marin Cilic.

The good new is that with the withdrawals of some of tennis’ top cash and crowd draws dropping out, a host of hopefuls have moved into the Main Draw.

There’s a sizeable purse for the winners, in spite of the drain on revenues due to no ticket sales and reduced sponsorship opportunities. Nearly 95% of the cash prize money is guaranteed, with the total prize money pool at $53.4 million, down a mere 6.7% from last year. The men’s and women’s singles champions will each receive $3 million to fill the silver chalice replica they’ll take home, down 22% from last year. First-round prize money gets a 5% boost from $58 grand for 2019 to $61,000. Second and third round money remains unchanged. In addition to holding reasonably steady on the prize money, all of the players stand to get a boost from a total of $7.6 million the USTA has set aside for monetary assistance for players who have had their earnings reduced this year by the nearly five month suspension of the tour.

There’s plenty of opportunity to watch the 2020 US Open. ESPN is presenting first-to-last-ball coverage of the tournament for its 12th consecutive year with nearly 140 hours on TV via ESPN and ESPN2. Tennis fans will also have the opportunity for a digital grounds pass with more than 1,000 hours of coverage from all courts streaming live across ESPN3, ESPN+ and the ESPN app. Tennis Channel will also deliver daily US Open preview shows and extensive match encore programming. The 2020 US Open is from August 31 to September 13 live from Flushing Meadows, New York. Visit usopen.org for complete information.

Posted by Dwight the Connoisseur at 4:06 PM