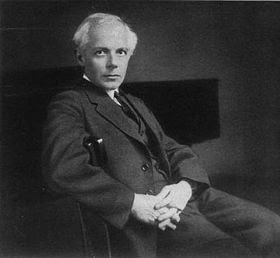 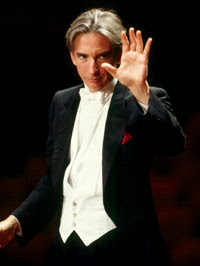 In his lifetime, Franz Liszt was known as Europe’s greatest living pianist, celebrated in the concert halls of Vienna, Paris and Weimar for this symphonic tone poems and piano adaptations of opera’s greatest arias. Bela Bartok, another piano virtuoso and composer, is remembered as perhaps the twentieth centuries greatest composer and the founder of ethnomusicology, who spent his final years in the United States, a reluctant émigré following the outbreak of World War II and the rise of Nazism. He died in New York. Antonin Dvorak, another brilliant composer and visitor to American shores, is most famous for his New World Symphony, a symphonic celebration of the Native American and African American spirituals he encountered. Yet, as New World Symphony Founder and Artistic Director Michael Tilson Thomas remarked in his pre-performance remarks from the stage of the Lincoln Theatre in South Beach, Miami, Florida, all three shared a commonality; they are all from Eastern Europe from countries that, sadly he noted, “no longer exist.” Maestro Thomas and the New World Symphony resurrected the spirit of their vanished ethnic spirit in a comprehensive concert exploration entitled “Echoes of Eastern Europe.” It was a most satisfying experience

Beginning with Maestro Thomas’s own re-imagining and orchestration of Liszt’s piano setting of his famous composition, Mephisto Waltz No. 1 through a brilliant reading of Bartok’s technically stupefying Concerto No. 2 for Piano and Orchestra with dazzling 22 year old Chinese pianist Yuja Wang, the concert concluded with a probative reading of Dvorak’s signature masterpiece.

The Bartok was the centerpiece, with Wang effortlessly articulating the composition’s most difficult passages. Thomas explained in his earlier remarks that the piece was “a toccata, an exercise in how many times the pianist’s fingers touch the keys. It is a test of the artist’s endurance and precision because of the length and difficulty of the passages. We stopped counting the notes after we hit 700 thousand!” he quipped. Wang played every one of them with relish.

Thomas took a contemplative approach to the Dvorak Symphony No. 8, allowing the cellos and violins to caress the beautiful melodies inherent in the Adagio theme, then allowing the tension to build in restrained ascension in the Allegretto grazioso-Molto vivace. The cello section in particular, elevated the theme to lofty heights. The final moments of the symphony were absolutely elating. Maestro Thomas urged the orchestra into a frenzy that made the hall literally vibrate. His finale had the pacing of an Olympic runner bursting the tape at the finish line, chest heaving with exertion. It was exhilarating!

This weekend, Michael Tilson Thomas and his New World Symphony embark upon Reflections of Claude Debussy with performances of Jeux, Prelude to the Afternoon of a Faun and La Mer, through May 1. For tickets and information, visit www.nws.edu.

Posted by Dwight the Connoisseur at 1:48 AM