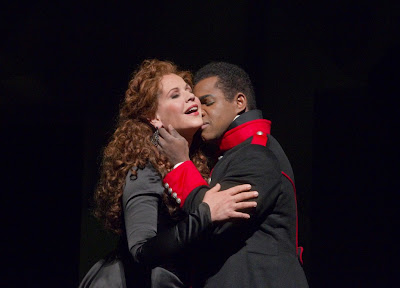 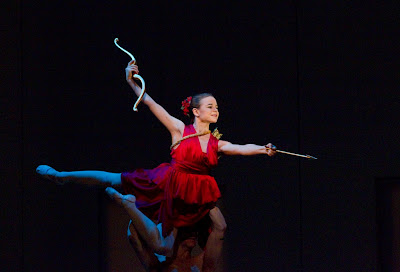 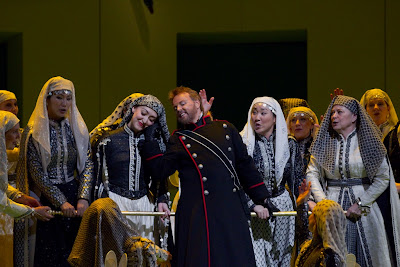 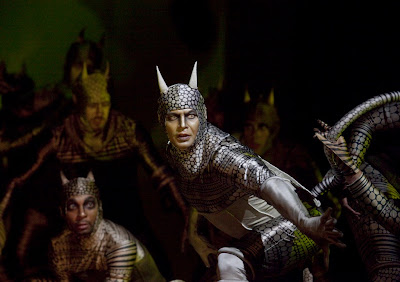 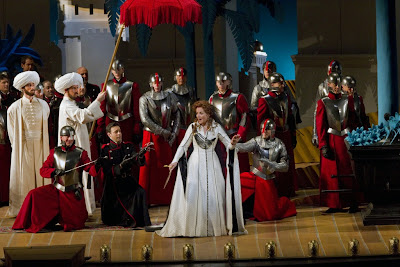 Metropolitan Opera’s Live in HD series has been a phenomenal success, selling more than two million tickets in this, its fourth season. Its most recent production, Rossini’s Armida, starring Met Diva Superstar Renee Fleming and the searing African American tenor Lawrence Brownlee, who, along with Fleming, received a standing ovation from the theatre audience in attendance at the Regal Cinema on Lincoln Road in Miami’s Tony South Beach area.

Gioachino Rossini’s Armida is a Met Premiere Production by Tony Award-winning Director Mary Zimmerman. “Armida was premiered in Naples in 1817. It is one of the longest and most demanding roles in the bel canto (beautiful singing) repertoire. The role requires the titled character, Armida, in this case, sung by Renee Fleming, to be on stage for virtually the entire marathon production. First this reason, the opera is rarely performed. The first modern staging, and perhaps the only one of note in anyone’s lifetime, was n 1952 with the great Maria Callas in the lead role. Madame Fleming paid fitting tribute to the brilliance of her legacy in her stellar performance that ran the gamut from pathos to passion. The soulful pleading and depth of color in her voice in the marvelous arias and duets, particularly the difficult coloratura passages, brought the visage of the great Callas to the fore.

Fleming was able to elucidate the true meaning of the term ‘bel canto’ in a backstage interview with fellow Met Diva, the Super Fine Deborah Voigt. “It’s all about the ability to decorate, vocally. It’s the same thing that you hear today in Gospel, the ability to embellish and make up our ‘own thing.’ It’s our only opportunity to be creative!”

Tenor Lawrence Brownlee’s creamy vocal texture and agility as the lead tenor, Rinaldo, was reminiscent of a young Jose Carreras. His protean agility and dramatic forte were evident, particularly in the duets between he and Fleming. If there were to be anointed a new Pavarotti, his commanding presence as evidenced in this performance, would make him a sure candidate.

Italian Conductor Riccardo Frizza imbued the score with all of the fanciful enthusiasm and exuberance envisioned by the composer. The cast of dancers, chorus and other onstage presences from the Cirque du Soliel type opening to the modernistic feline-like ‘demons’ of the second and third acts (which prompted my German seat companions to query “are we also seeing ‘CATS?!’”), served to further enliven the production making its running time of 4 hours and 20 minutes seem of little consequence.

In her backstage comments to Voigt, Director Zimmerman revealed that the Met virtually had a clean slate to work from. “It’s never really been done in “our time.” In that sense, it’s very freeing because operas are usually filled with all sorts of precedence. This opera doesn’t have the burden of history on it. It doesn’t have a long production history at all-it has almost NO production history-so; we’re working with a clean slate. There’s also a huge responsibility with that because we want this to be THE production that people will reference in the future.”

With its unprecedented audience acceptance this season, the MET is forging ahead with an even more expanded season next year. The Met Live in HD 2010-2011 series, in its fifth season, will present 11 live transmissions of operas, including seven new productions and two Met premieres.

Posted by Dwight the Connoisseur at 2:26 PM