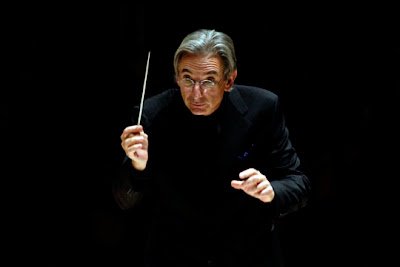 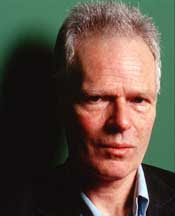 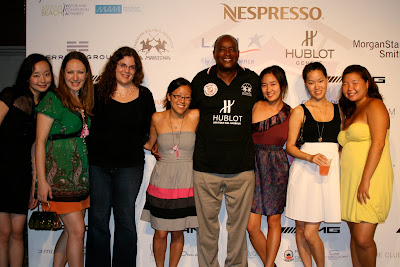 Sunlight like diamonds dappling on the surface of an ocean spray, the gentle rustle of a breeze through sea foam as it folds itself into the surf washing on sandy beaches Those are the image that Claude Debussy referenced in his latter day masterpiece, La Mer and as they were lovingly delineated in a heart-rending performance by Michael Tilson Thomas and his New World Symphony in South Beach Miami's Lincoln Theatre. It was a fitting tribute to the composer in the orchestra's concluding chapter of its In-Context Festival and a valentine sendoff to the orchestra's 'graduating' fellows at this, the final concert of an inspiring season. Many of the concluding fellows will move on to positions in orchestras in the four corners of the world, such as percussionist Eric Renick who will take a position with an orchestra in New Zealand alongside his girlfriend, bassoonist Renee DeBoer "when we leave this building, we’ll officially become 'kiwi’s’,” he quipped drawing gentle laughter from the audience filled with patrons, parents and friends. The night had the feeling of a commencement ceremony.

Proceeding had been a thoughtful reading of Debussy’s Prelude a l’apres-midi d’un faune (Prelude to the Afternoon of a Faun) a staple of both the orchestral and ballet repertoire conducted with great sensitivity and authority by New World Symphony Conducting Fellow Teddy Abrams. The composition is considered to be the lynchpin of Modernism in music. Abrams seemed to probe deeply into its dense, free-floating harmonics to find its inner pulse. The beautifully paced languid flute solo by Brook Ferguson set the tone for the well-constructed performance.

British composer Robin Holloway was personally on hand to shepherd Maestro Thomas’s performance of his orchestration of Debussy’s emotionally wrenching En Blanc et noir (In Black and White). Composed in the summer of 1915 against the backdrop of the looming storm cloud of World War I and his own depression over his advancing cancer, Debussy “created an almost cinematic opening theme that evokes the heroism of those who fell in battle (Debussy lost his dear friend who had worked for his publisher to the war),” Thomas said, addressing the audience in pre-performance remarks. “There are hints of a triumphant theme that evokes the French National Anthem, but it quickly evaporates and becomes suddenly distorted as it gives way to an unsettling dissonance and then simply vanishes.”

Robin Holloway offered a scholarly explanation of his own composition Clarissa Sequence, Op.30b, Prelude and Scena. Holloway, who Maestro Thomas introduced as “this lovely man,” is a frequent collaborator to the Maestro during his residency at the BBC Proms in London and is a former winner of the Gramophone Contemporary Record of the Year Award (1994). Holloway’s presentation was an excerpt from an opera he composed, “Clarissa” based on a complicated epistolary novel of the same name by Samuel Richardson, published in 1748. In his remarks from the stage, unfortunately not always understandable to me because of his thick British accent and the acoustics of the hall, which are more attuned to instrumental oration than that of the human voice, he attempted to explain the basic outline of the story. The heroine, Clarissa Harlow, is a pretty, proper young woman who is torn between her sense of duty to her family and her attraction to a devious Don Juan type named Lovelace. Puerto Rican soprano Rosa Betancourt gave a searing recitative of the emotionally agonizing passages, which, although in English, were displayed in graphics projected on the rear wall of the stage. A nice touch.

As one who regularly covers the Chicago Symphony and New York Philharmonic, I like many of the innovations that Maestro Thomas has instituted at the New World Symphony to bring the audience more into the immediacy of the orchestral experience. His pre-performance comments really helped to illustrate the music and give it more clarity in the minds of the listener. Other innovations, such as projected program notes on to the rear wall of the stage made it easier to grasp information on the composers and the music in a kind of ‘Cliff Note’ before hearing the piece. De-mystifying the music is a great audience-building technique particularly for the younger generation. In order for serious music to survive, there must be mass support and appreciation within a new audience.

As for the New World Symphony Fellows, I had an opportunity to meet several of them during my wanderings in the South Beach area, home to NWS, and found them to be an exceptional group of young people with an optimistic outlook toward the future. All expressed an admiration for Maestro Thomas and a deep gratitude to the NWS program and its entrée to wider opportunities in the great orchestras of the world. I found their attitude refreshing. Bravo Maestro Thomas for your brilliant conception of the New World Symphony and for a marvelous season!

Posted by Dwight the Connoisseur at 4:41 AM