Broadway In Chicago:Shrek The Musical drives truth home with humor 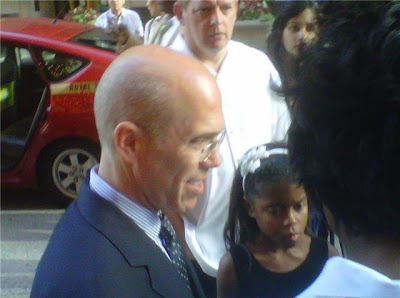 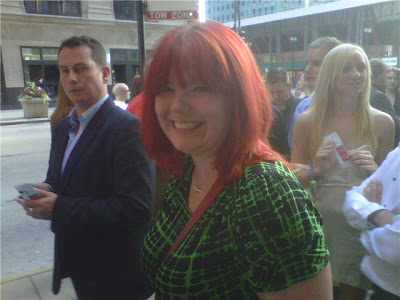 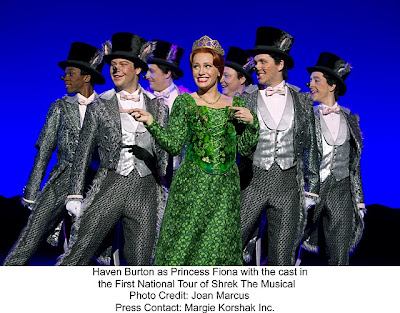 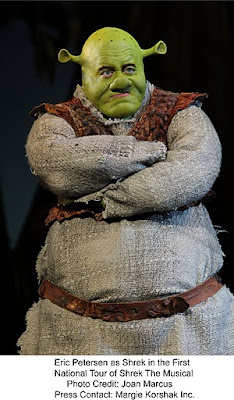 Story and photos 1 & 2 by Dwight Casimere

I would never have imagined DreamWorks co-founder and CEO Jeffrey Katzenberg as a first nighter, but there he was posing for the local TV cameras and photogs on the ‘Green Carpet’ on the official opening night of the First National Tour Debut of his Shrek The Musical at the Cadillac Palace Theatre. DreamWorks, along with Neal Street Productions, Ltd. and Broadway in Chicago announced the tour of the Tony and Drama Desk Award-winning musical, playing now through September 5.

Eric Petersen, who joins the tour from the Broadway production, truly WAS Shreak. Not for a moment did I gain a sense of the actor behind the green makeup. He was especially brilliant at the end of Act I with his soaring Bel Canto baritone in the song “Who I’d Be” in the Book & Lyrics by David Lindsay-Abaire, who was nominated for two Tony Awards for his work on Shrek The Musical with composer Jeanine Tesori (Broadway’s Twelfth Night at Lincoln Center and Thoroughly Modern Millie, with lyricist Dick Scanlan).

Veteran Director Jason Moore, also from the Broadway production and whose credits include Avenue Q, Steel Magnolia and Jerry Springer: The Opera, along with Director Rob Ashford (director and choreographer of the current Tony-nominated Broadway revival of Promises, Promises), brought a highly polished production to Chicago audiences.

Choreography by Josh Prince truly sparkled, especially in Act II when the Pied Piper and his band of tap dancing rats trouped on stage to interrupt the ebullient Haven Burton (Fiona) in her vocal soliloquy, Morning Person. Alan Mingo, Jr. was disarmingly funny as the Donkey and David F.M. Vaughn stole the show with his sarcastically fey performance as Lord Farquaad. The added gymnastics of doing the entire performance while dancing on his knees made his skill as a contortionist extraordinary. His sense of timing in delivering his biting wit brought the house down more than once! The most outstanding effect was the larger-than-life dragon which was executed brilliantly by a team of black shrouded puppeteers. The vocalist who belted out her soulful lyrics was a real show-stopper.

I highly recommend Shrek The Musical. Besides being a terrifically entertaining show, it deserves audience support because there are far too few entertainments that are suitable for the entire family. I plan to see the show again on my own with my various young nieces, nephews and cousins in tow. But, c’mon guys, if you want people to come down to the Loop and spend money, you’ve got to cut the families of working people some slack at the Theatre Parking garage down the street. Thirty-one dollars is a bit steep. I think a $16-$20 parking fee is more than fair. That said, I like the overall message of Shrek. Quoting the Green Guy, “beauty isn’t always pretty.” In this world of superficial Paris Hiltons, the Kardashians and countless You Tube and Reality Show wannabe’s, that point that ‘it’s really what’s inside that counts’ really rings true.

Posted by Dwight the Connoisseur at 12:55 AM