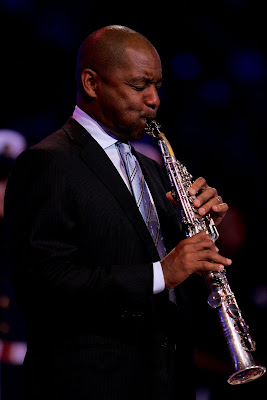 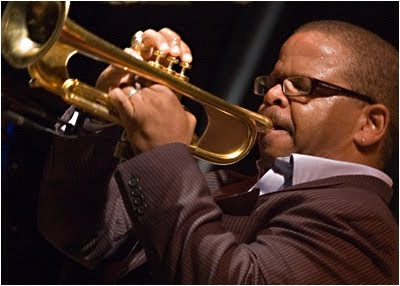 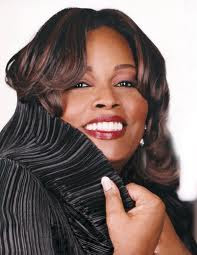 Chicago--Branford Marsalis and Terence Blanchard are musical “blood brothers.” Although their lives and careers are virtual mirror images of each other, the two have only recently begun collaborating. This year, they embarked on their first joint national concert tour.

The two then took divergent paths to fame and glory. Marsalis became a household name as leader of the Tonight Show orchestra, Blanchard became almost ubiquitous as a film scorer, composing music for more than 50 film soundtracks and garnering a Golden Globe nomination (Spike Lee’s 25th Hour) and five Grammys along the way. He has just been named Artistic Director of the prestigious Henry Mancini Institute (HMI) at the University of Miami Frost School of Music in Coral Gables, Florida, near Miami, a community considered to be the Beverly Hills of Florida.

Each, in his own way, has reshaped the contour of modern jazz history while simultaneously maintaining a meteoric profile in mass media. It is no surprise that Symphony Center was filled to the rafters with adoring fans and jazz aficionados, which included a near majority of affluent African American music lovers and a healthy component of young, affluent Lincoln Park types, a welcome and healthy change from the normal main-line crowd at Symphony Center.

The two stellar artists did not disappoint. Marsalis and his adventurous quartet, led by music director and pianist/composer Joey Calderazzo, opened the night’s program. “We’re making a record together in July,” Marsalis let the cat out of the bag during a break after the first number, “so we’re still sort of arranging things as we go along.” To show how spontaneous the process is, Calderazzo quickly corrected the bandleader who said the previous song was untitled. “Well, I guess I stand corrected!” Marsalis said good-naturedly.

Marsalis is an explosive talent with technique and finesse to back up his “chops.” After a somewhat angular and dissonant opening piano solo that bordered on Thelonius Monk’s inspired ramblings, the mood shifted to a hard driving soprano sax solo by Marsalis that recalled the early Village Vanguard years of John Coltrane, and his legendary quartet that included Elvin Jones on Drums, McCoy Tyner on piano and Jim Garrison on Bass. Marsalis looked back on those golden years for a few moments and then proceeded to take the music into the stratosphere.

The audience was worked up into a frenzy, shouting its approval like celebrants at a Gospel Revival.

At times, the audible power of the music threatened to overwhelm the cavernous space. The bright acoustics of the auditorium and the over amplification of the band at times seemed to work against Marsalis’ efforts, but he managed to get his musical message across, anyway.

Terence Blanchard is the modern day equivalent to the late Elmer Bernstein when it comes to film scoring. Bernstein composed the scores to more than 200 films in his 50 year career. He won an Academy Award in 1967 for the film, Thoroughly Modern Millie, and continued composing for films practically up to his death in 2004.

Terence Blanchard was nominated for a Golden Globe for his film scoring efforts(Best Original Score, Spike Lee’s 25th Hour-2002) and has scored more than 50 in his still burgeoning career. His best known film efforts are Spike Lee’s Jungle Fever and Malcolm X, and the films Barbershop and Love & Basketball.

The lives and careers of Blanchard and fellow New Orleans trumpet virtuoso, Wynton Marsalis, Branford’s younger brother (by one year), have been intertwined since childhood as well. Wynton and Blanchard played trumpet side-by-side at band camp. Since then, Blanchard has matched him note-for-note, career-wise. Both went from playing trumpet on the playground in New Orleans to become commanding presences on the world’s leading concert stages.

Blanchards sole Grammy for Best Jazz Instrumentalist was for his performance on the Lp “Illuminations” by the thunderous piano jazz legend McCoy Tyner, who was mentioned earlier in this review. Unlike Marsalis, who now lives in New York, Blanchard has maintained his New Orleans roots and still resides in the Crescent City’s storied Garden District with his wife and four children.

Blanchard’s trumpet playing is rooted in solid musical ground. His opening solo was a musical discourse on the modern jazz trumpet, paying homage to the legends before him, with echoes of Diz’ and Miles, Arturo Sandoval and a touch of Randy Brecker thrown into the mix. Once again, over amplification threatened to take over his most ambitious efforts, but the fluid, Debussy-like runs of his pianist, Fabian Almazan and the luminous rhapsodizing of Joe Sanders on Bass, kept the momentum and the music at a fever pitch. It was a virtuostic performance!

Dianne Reeves graces the Armour Stage Friday, April 15. The Grammy Award-winning diva will appear with an All-Star lineup, including Reginald Veal on Bass, Terreon Gully on Drum and percussion, Brazilian guitarist Romero Lubambo and music director and acclaimed jazz pianist Peter Martin. It should be another memorable night of Symphony Center Jazz Sponsored by Harris Bank. For tickets and information, visit cso.org.

Posted by Dwight the Connoisseur at 9:50 PM