NEW YORK--In April, 2006, by an act of Congress, American Ballet Theatre was named America's National Ballet Company(r). When ABT opened its full-scale production of Onegin, the ballet based on the poetic novel Eugene Onegin, by Russian poet-laureate Alexander Pushkin. 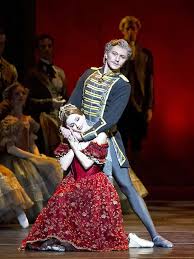 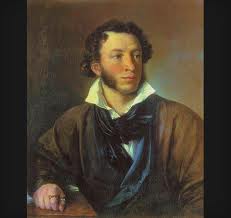 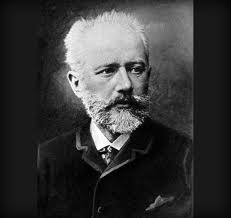 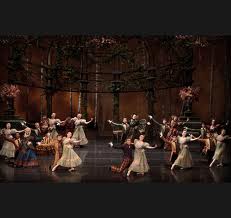 The ball at the Palace of Prince Gremin in St. Petersburg 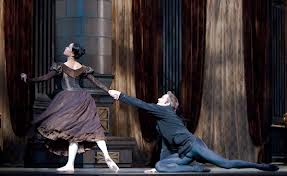 Scenes from the ballet Onegin 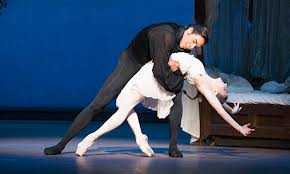 With Choreography by John Cranko and staging by Reid Anderson and Jane Bourne and music by Peter Ilyitch Tchaikovsky and orchestrations arranged by Kurt-Heinz Stolze, it became abundantly clear why the company has achieved that designation, among its many awards and accolades.

Fully costumed and staged programmatic ballets are what ABT does best and this Onegin is no exception. The Scenery and Costumes by Santo Loquasto are oppulent. The Lighting by James F. Ingalls helps create the dramatic illusion to Pushkin's epic story of tragic love and misplaced loyalties.
The choreography is simple, but elegant. The dancers use movement to convey the emotions of the characters embroiled in this tale of blighted romance. It all begins simply enough in Madame Larina's (Martine  Van Hamel) idyllic garden, with the ladies finishing the party dresses that will be worn at the heroine Tatiana's (danced luminously by Julie Kent) upcoming birthday celebration. We soon meet Lensky (the agile Daniil Simkin), who arrives from St. Petersburg with his friend Onegin (a stately Roberto Bolle). Onegin is a worldly man, bored with city life, who seeks solace in the country. Not surprisingly, Tatiana is drawn to the dark, brooding stranger. As you can imagine, trouble looms in the offing and the two friends wind up squaring off in a duel, which ends tragically. To my liking, the duel, a pivotal moment in the storyline, got short shrift in the staging. We here the gunshot, but the protagonists are so far to the rear of the stage that the action is barely visible. Otherwise, the performance was totally enthralling, with the drama unfolding with engrossing clarity. The dancers moved with skill and grace, giving expression to every lift and turn. This is classic ballet at its finest, through May 20 at the Metropolitan Opera House. For tickets and information, visit abt.org.
Posted by Dwight the Connoisseur at 10:37 AM