ABT Gala a fresh blast of spring air


NEW YORK--Broadway and television star Bebe Neuwirth was reluctant to remove her black velvet topcoat for photographers to reveal her stunning red frock on the red carpet upon arriving outside the Metropolitan Opera House  for American Ballet Theatre's Gala Performance for its annual spring season at Lincoln Center.  The  fountain plaza had become a wind tunnel in the unseasonably cool spring weather, but that failed to dampen the spirits of revelers who came to indulge themselves in a grand buffet of offerings from ABT's eight-week season, which runs through July 6.  Inside, the Gala Opening Night Freixenet sparkling wine reception warmed up the best and the brightest of New York's dance lovers in anticipation of the Gala Program, which included excerpts from Le Corsaire, Onegin, which is underway through May 20, Cortege, which featured Choreography by Raymond Luken and Level 7 students rom the Jacqueline Kennedy Onassis School at ABT, Sylvia, Act I and The Sleeping Beauty, Act III Pas de Deux, followed by the opulent Symphony in C, choreographed by George Balanchine.

It was a thrilling program that saw the company at its best, even with last-minute cast changes and a slight spill at the outset of Cortege.  Principal Dancers, even those brought 'off the bench' at the last minute, were in top-notch form. The ravishing Xiomara Reyes, in for Natalie Osipova, made a supple partner for Ivan Vasilev in the duet from Le Corsaire. David Hallberg and Hee Seo made the wedding pas de deux from Sleeping Beauty appear as if in a dream. Diana Vishneva and James Whiteside gave a tantalizing preview of what was in store for the next night's Onegin. The precision movements of the eight huntresses surrounding a lithe Gillian Murphy in Sylvia, was among the highlights of the evening. With the classic Symphony in C and its Choreography by the legendary George Balanchine, terrific music by George Bizet and staging by Merrill Ashley and Stacey Caddell,  this was ABT at its breathtaking best. The entire evening left the impression that this will be a spring season to remember! 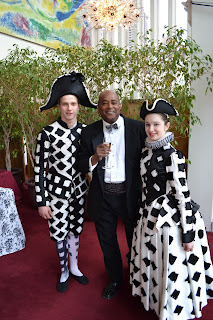 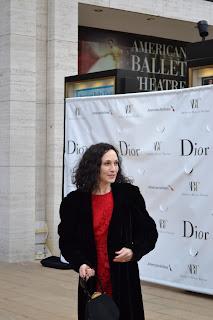 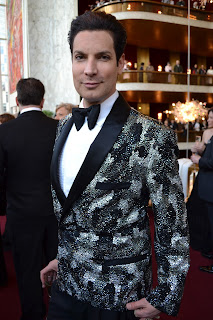 If Liberace had worn Versace 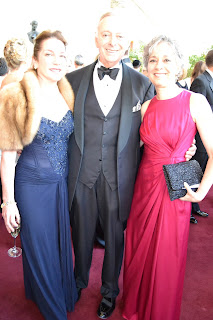 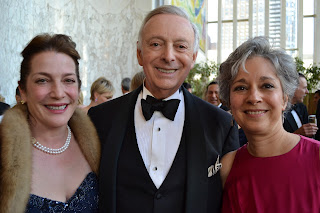 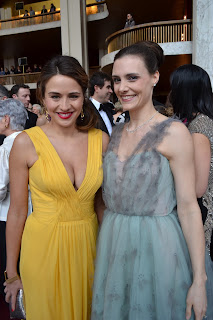 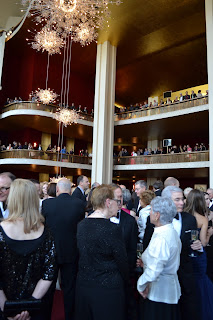 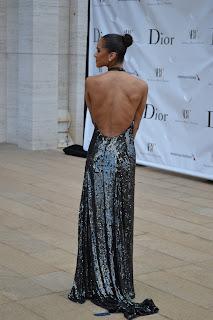 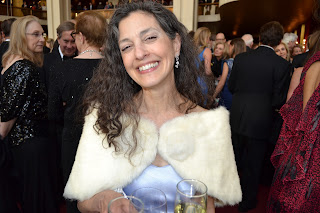 Posted by Dwight the Connoisseur at 3:05 PM