US OPEN 2014 A SHOWCASE FOR NEW AFRICAN AMERICAN TENNIS STARS 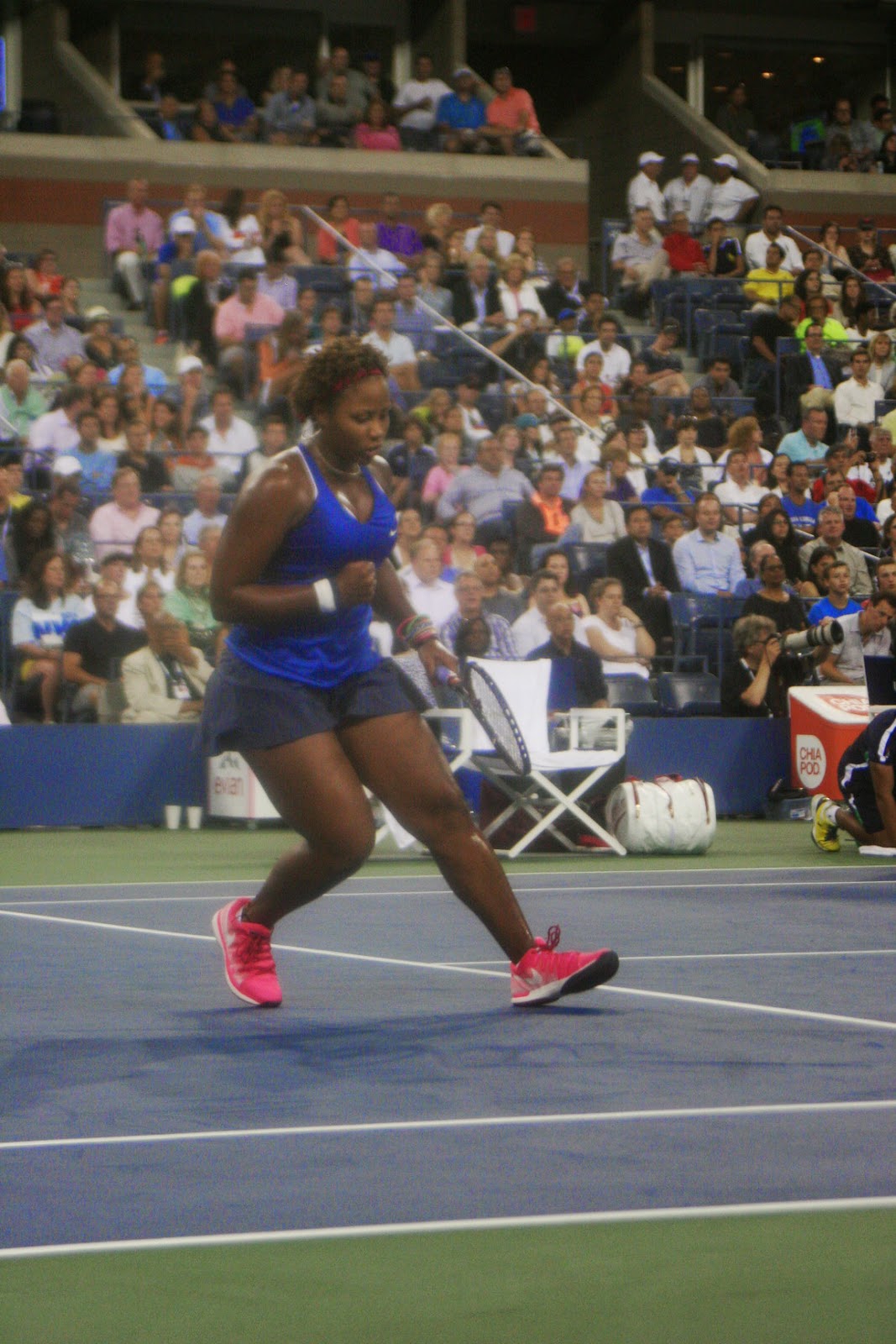 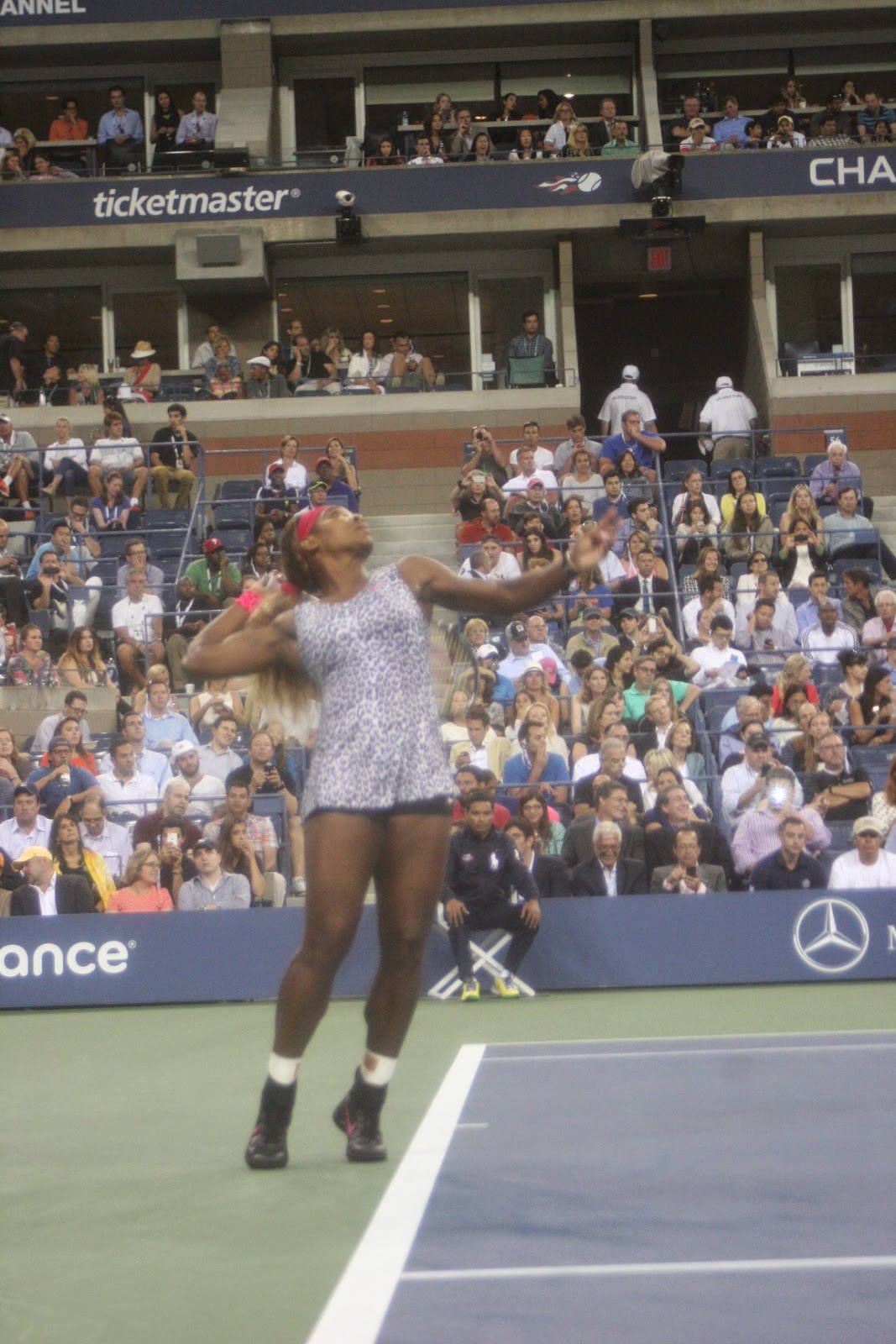 If Taylor Townsend was overwhelmed as she entered a crowded Arthur Ashe stadium, she didn't show it. The 18 year old wild card entry into the draw for round one of the US Open was set to play her idol and two-time US Open champion, Serena Williams, who is attempting to become the first woman to win the title three years in a row since Chris Evert took four straight titles 1975-78. Taylor, a Chicago native, may have taken comfort in the fact that a bus load of teen tennis aspirants from the XS junior tennis clinic in that city's troubled Englewood neighborhood, where she is originally from, were sitting in the stands with their coach Kamar Moore to cheer her on after making a twelve hour bus ride from the Windy City. She might have also known that sports icon Michael Jordan, another former Chicagoan, had been in the stands just moments before cheering on Roger Federer in his win over Marinko Matosevic of Australia. The two are currently involved in a partnership on a new athletic shoe for Nike. Townsend took advantage of Serena's opening round jitters to win the first game, but the veteran player quickly gained her composure and went on to win with a 6-3, 6-1 victory. The No. 1-ranked and seeded Serena showed the wide-eyed teen what it takes to be a real champion, with a dazzling display of well-placed serves and searing cross-court volleys that sent Townsend stumbling behind the ball. Serena even executed a James Brown-type split while successfully returning a shot from the far back court that brought gasps from the crowd. It was all over in less than an hour.Townsend was gracious in defeat, giving her idol a congratulatory hug at the net and throwing her wrist bands and towel to fans and supporters who applauded her noble effort. In the post-game interview with Pam Shriver, Serena acknowledged the promise of her young opponent, reflecting on her own debut at the US Open 15 years ago as an impressionable 17 year old. "We have an amazing future," Serena told Shriver. She was referring to the win earlier in the day by 15 year old fellow American CiCi Bellis, who became the youngest player to win a US Open match since 1996. Commenting on the future of women's tennis in America, and the rise in the number of young African American players entering the game and playing in competitions such as the US Open, Williams opined, "We have so much to look forward to." Serena created quite a stir with her leopard patterned suit of her own creation. When Shriver asked her about it, she simply replied, good naturedly, "Grrrrrrrrrrr!"At the post-game news conference, Serena was quick to give Taylor her props. "I think Taylor is a really great player. I believe she does everything well. She has unbelievable hand speed with her racquet. She's really unbelievable. Yeah, we're really close. Like I said on the court, I really love her. I feel like she has such amazing potential."Taylor was similarly complimentary to her idol and mentor, while also acknowledging her debut jitters. "It was just a lot at first. I was playing against one of my tennis idols, someone I've been watching for years and years. It was just a lot of things that were coming up in my head that I was trying to deal with. But, at the same time, I think I dealt with it pretty well. I did the best I could." So I walked off the court and I was smiling and just laughing because I was like, 'Okay! It's over now, and I had fun doing it.' " In addition to Townsend, there are several other African American players in this year's US Open who were influenced by the example of Venus and Serena Williams. Among the contenders are Donald Young, Sloane Stephens, Sachia Vickery, Victoria Duval, Allie Klick and Madison Keys. In total, African Americans account for a sizable representation on the American team at this year's US Open, a hopeful sign for the future of tennis.
Posted by Dwight the Connoisseur at 11:29 PM