Ivan Fisher and his Budapest Festival Orchestra are back in their home base at the Bela Bartok National Concert Hall in programs of Mozart and Mendelsohn with soloists Pinchas Zukerman on Violin and sopranos Anna Lucia Richter and Barbara Kozelj, but it is their recent concert at New York's Avery Fisher Hall, with Zukerman performing Mozart's  hauntingly ornate "Turkish" Violin Concerto and the orchestra performing Brahm's commanding First Symphony that has serious music lovers savoring the reverberrating tones of this stellar ensemble. To add an enticing whipped topping to this giant, delicious musical sundae, the evening concluded with an encore, Brahm's "Abendstandchen" (the evening hours or 'twilight') sung angelically by a vocal orchestra.

Zukerman is a towering presence. With his mane of white hair and chiseled features, he looks every bit like a matinee idol from the golden screen age, portraying a famous virtuoso. The big difference is that he's the real deal with both charisma and technique to spare. He has the kind of intonation that brings new life to a time-worn classic. He mined Mozart's lovely passages for all of its intricacy and elegance, marking the inventive genius the composer was and still is revered for.

While Zukerman's performance left audiences wanting more, it was the Fischer's helming of the titanic Brahm's Symphony No. 1 that was the centerpiece of the evening. Fischer's interpretation was illuminating and kaleidoscopic in its execution. An intimation as to what was to come was  apparent when the orchestra first mounted the stage. Several members of the audience commented in hushed tones, when they saw the unusual placement of the double bass section on the top riser at the rear of the orchestra. That placement would prove to be judicious later in the concert, when the bass players unleashed their ringing tones above Brahm's lush orchestrations and poignant melodies. Woodwinds sang plaintively above the fray, making for a spectacular listening experience.

Fischer brought a restless energy to it all, navigating Brahm's shifting tempos and lattice-work of themes and rhythms like a slalom racer, clipping flags to the finish line. It was a spine-tingling performance. 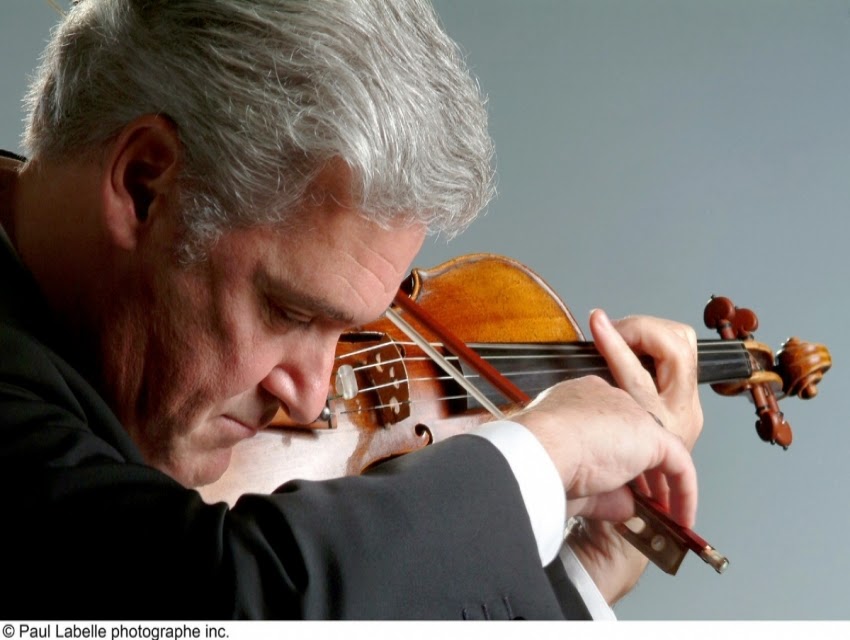 Posted by Dwight the Connoisseur at 7:29 AM