NEW YORK--Opera lovers will have a unique oppportunity to see the Metropolitan Opera's brightest new star in a new production custom-designed to showcase her blazing talent, when Anna Netrebko stars in Iolanta in a double bill with Bluebeard's Castle at theatres globally. The Met Live HD production takes place this Saturday, February 14 at 12:3pm Eastern Time with an Encore Presentation Wednesday, February 18 at 6:30pm local time.

Netrebko is captivating as the blind poet/princess who is sheilded from knowledge of her affliction by her domineering father, the king, sung nobly by bass Ilya Bannik, replacing an ailing Alexei Tanvitski. The brilliant tenor Piotr Beczala is Iolanta's ardent suitor Vaudemont. Famed Polish director Mariiusz Trelinski, who heads the Teatre Wielski-Polish National Opera, which co-produced the Met staging, uses as the centerpiece a rotating box, in which Iolanta seems to be trapped. A video image of a fleeing deer is projected onto a curtain at the outset. When the carcass is dragged onstage later in the opera, the imagery between the fallen animal and the trapped Iolanta becomes apparent. Trelinski, a revered director in his native Poland, is apprently inspired by the films noirs of the 1940s, and his isolated box and black and white set is apparently an homage to that era. However, the idea falls flat. Viewing it in the massive setting of the Metropolitan Opera stage, it seemed somewhat affected and pointless. I found my mind drifting away from the vocal action center stage and focusing my attention on the taxidermy on the back wall, the box becoming more of a distraction than anchoring the story. It will be interesting to see how his idea plays out on the big screen Saturday.

The opera, with its lyrical, almost cinematic music by Tchaikovsky is a vocal tours de force for Netrebko and she is a wonder to behold. The role is demanding and she is only seen at the very beginning and the end of the opera, with the male parts sung in the middle making for a weighty treat. The opera is a short one, less than an hour and a half, and is paired with Bartok's modernistic Bluebeard's Castle, a dark piece is there ever was one, to fill out the afternoon.

Netrebko's character, despite her blindness, is filled with light. There's even a happy ending, which is rare in opera. Met stalwart Valery Gergiev commands it all majestically from the pit. Go see it. It's a great opoportunity to see one of opera's new greats in action.  Time and a prior scheduled performance review commitment kept me from staying to see Nadja Michael star in Bluebeard's Castle, but that gives me something to look forward to this weekend. A protest group interrupted the curtain calls for Iolanta during the storm-that-wasn't delayed opening night, but they were nowhere in evidence on subsequent nights, so don't expect any added drama other than that provided by the Met.  For tickets and information, visit metopera.org or fathomevents.com
. 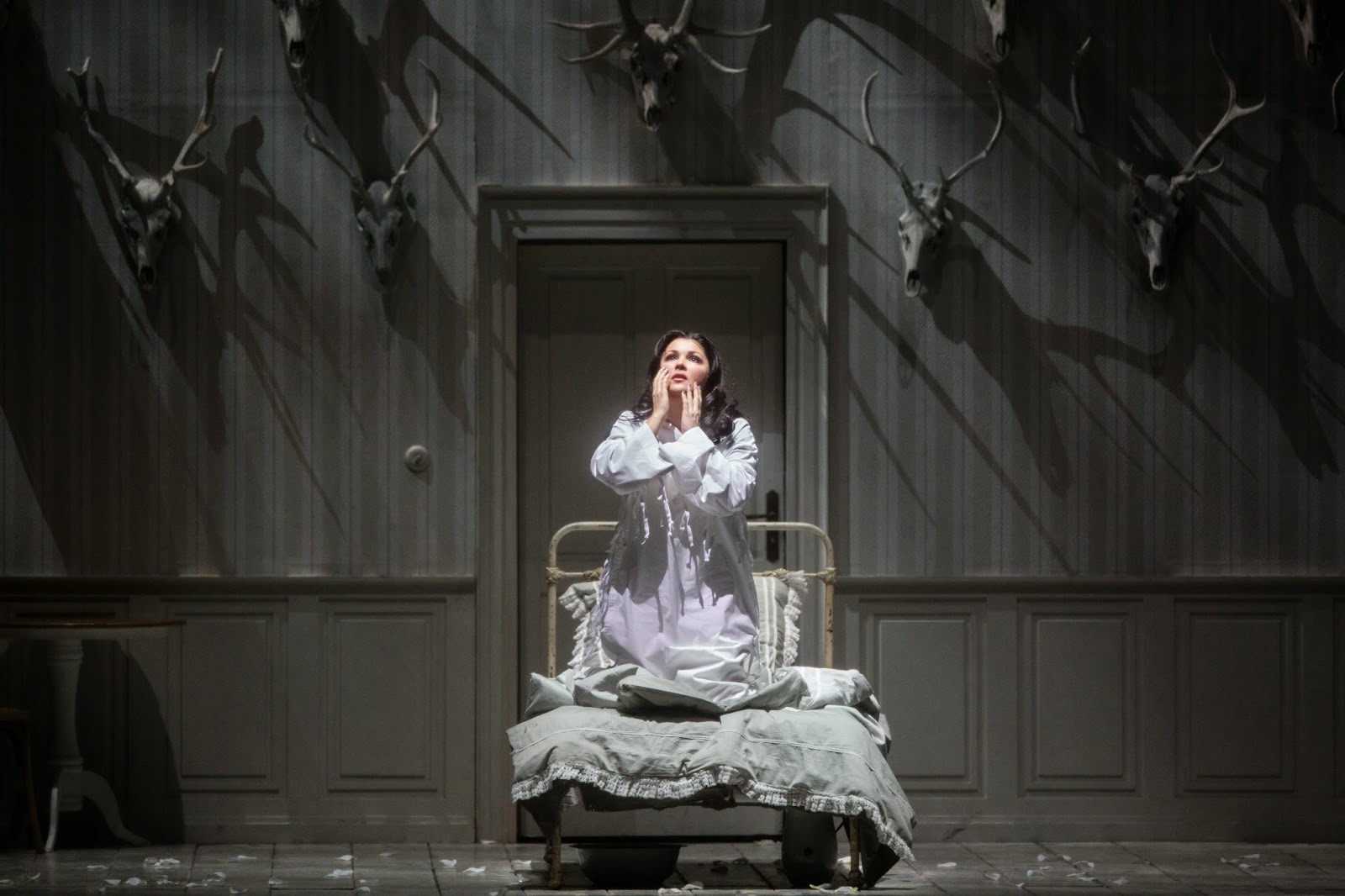 Anna Netrebko in the title role as Iolanta 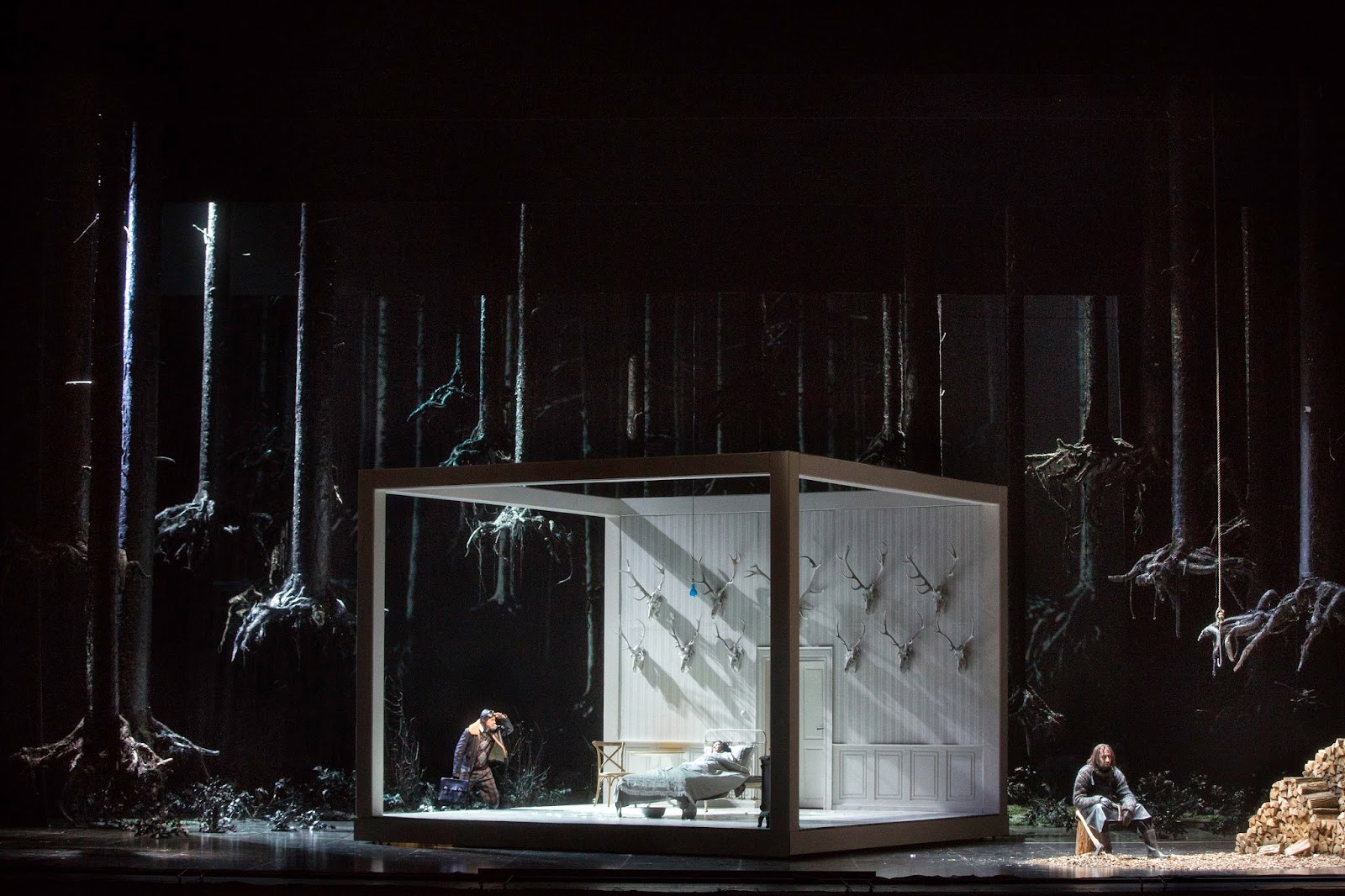 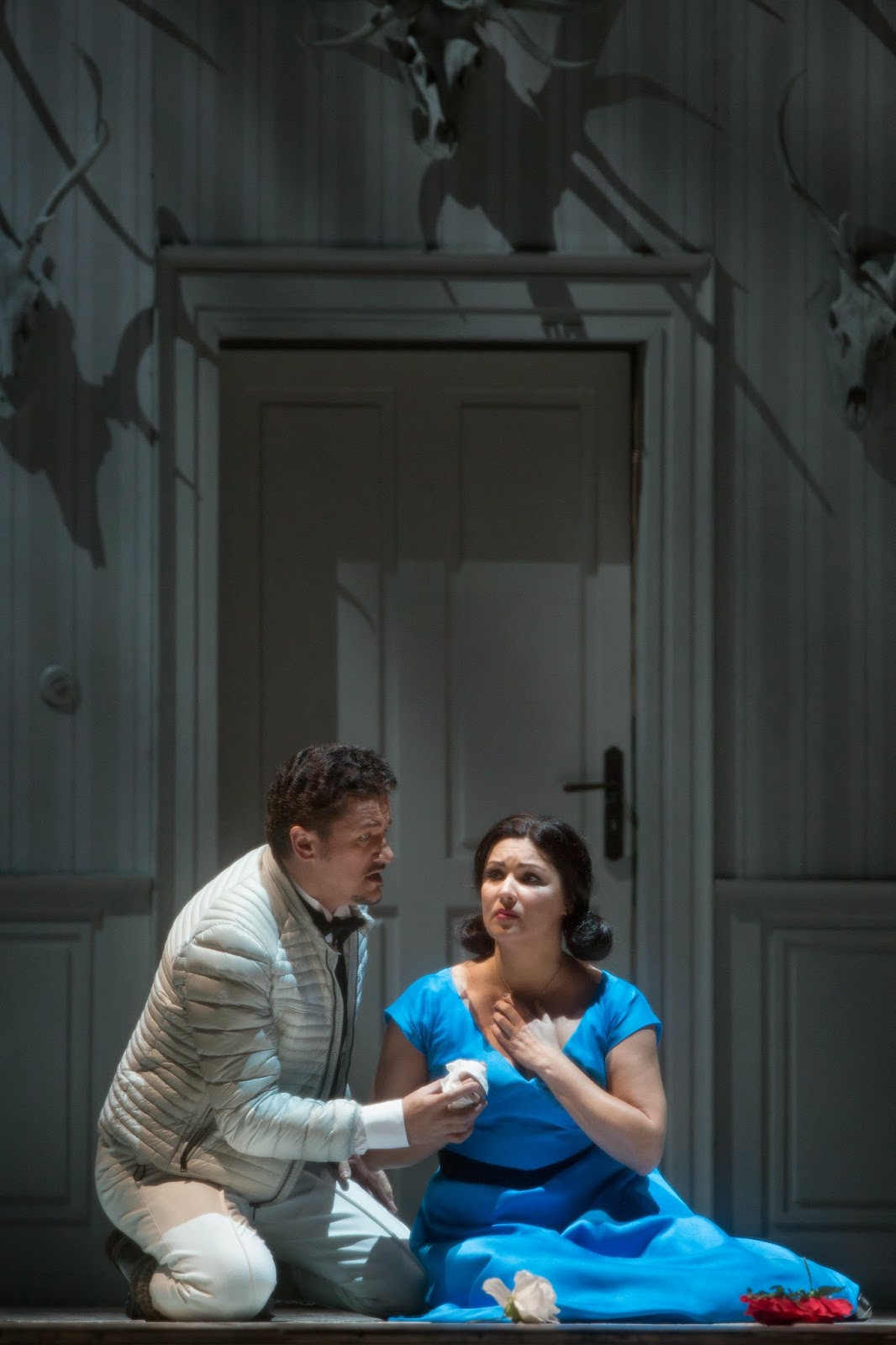 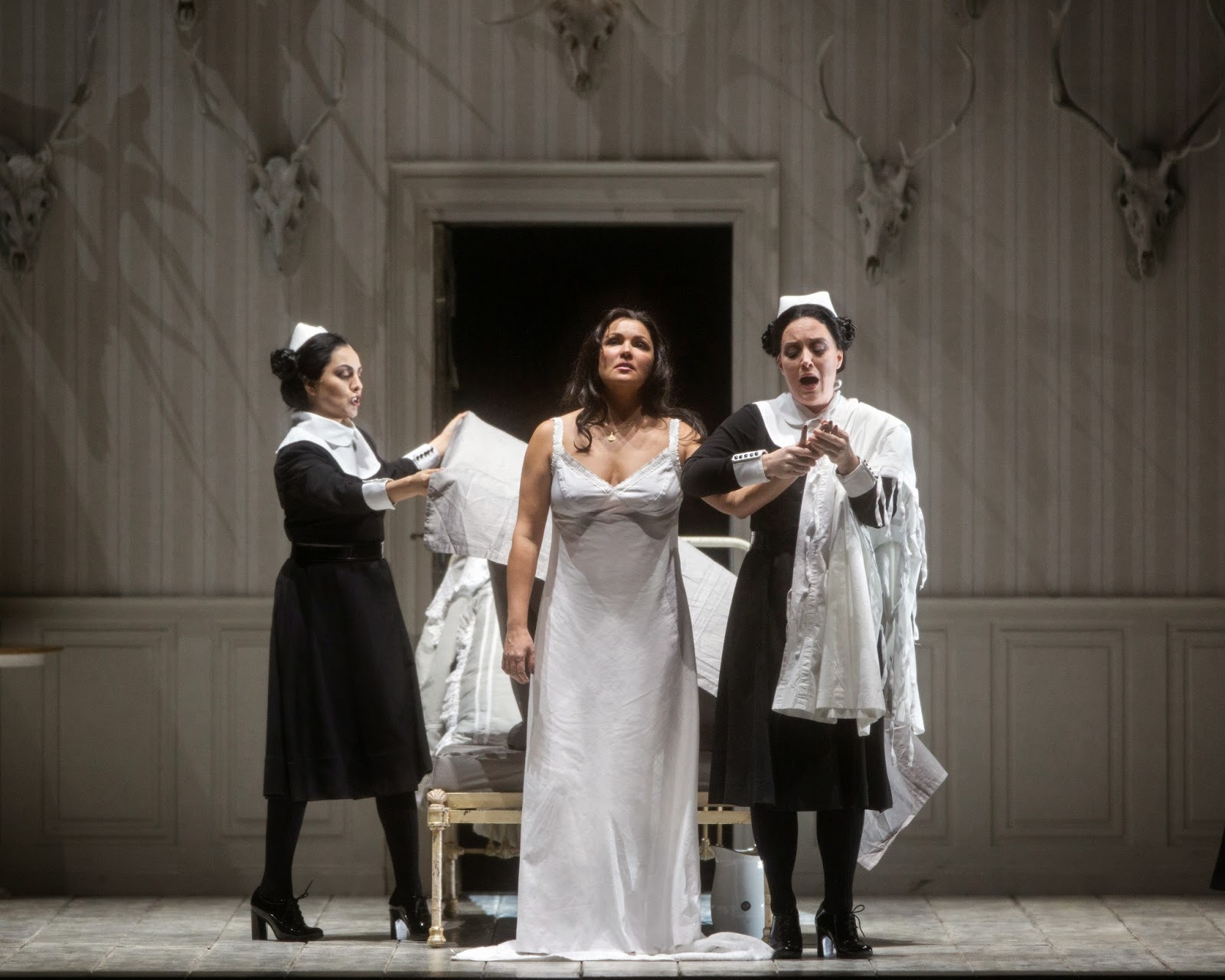 Anna Netrebko, the blind poetic princess Iolanta with her ladies in waiting
Posted by Dwight the Connoisseur at 10:04 AM