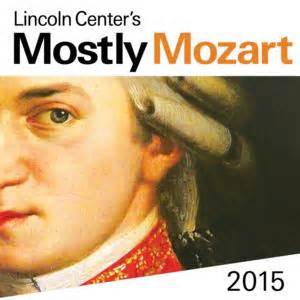 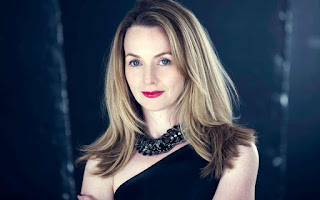 Emanuel Ax is a master at articulating smooth, arcing musical lines in his solos. This fact was supremely evident in his playing of the Mozart Piano Concerto. From the opening bars, Ax set out the thematic material with clarity. Although the piece moved with restless energy from one thematic idea to the next, Ax never rushed through. Opting instead to play each phrase with distinctive character, allowing the ideas to unfold against the restless backdrop of Langree's precise handling of the orchestral ensemble.

The second movement, the slow Andantino was particularly revealing of Ax's luminescent playing style. Each note rang with its own expressive clarity as the beautiful central theme unfolded with orchestra blending in with a luscious voice in response. The effect became  even more pronounced in its understatement, which left a sense of longing at its conclusion. 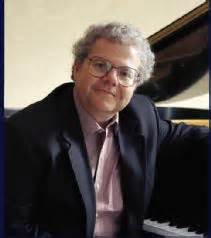 Emanuel Ax was soloist in Mozart's florid Piano Concerto No. 14 in E-flat major 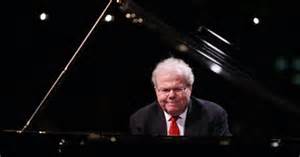 The combined forces of the New York debut of German conductor Cornelius Meister and the fieryArgentine cellist Sol Gabetta as soloist in Haydn's Cello Concerto in C major, made this a particularly memorable night for followers of the Mostly Mozart festival.

The hefty program of Mozart's delightfully breezy Overture to the opera Le Nozze di Figaro (the Marriage of Figaro), Haydn's Cello Concerto and the finale of Beethoven's forceful Symphony No. 4 in B-flat major, made for a music connoisseur's delight.

Gabetta quickly proved why her highly acclaimed debut with the Berlin Philharmonic at last year's Baden-Baden Easter Festival was one of the landmark events of the international music year. Gabetta soared in the sophisticated melodies of the opening Moderato with its various themes reflected between orchestra and soloist.

Gabetta was especially expressive in the moving Adagio with its melancholy theme. Her fierce attack in the Finale: Allegro molto, playing Haydn's cadenza's ended the piece with a dramatic flourish.

Conductor Meister proved that he was no novice when it comes to navigating contrasting shifts between delicate pianissimo and bombastic forte in the Beethoven. He especially brought out the orchestra's 'inner voices' in the woodwinds and rallied a stirring advance from the brass. It was a thrilling performance. 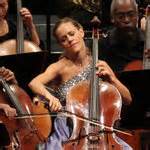 Sol Gabetta in the throes of passion with the Haydn Cello Concerto
Below: Conductor Cornelius Meister in his New York debut 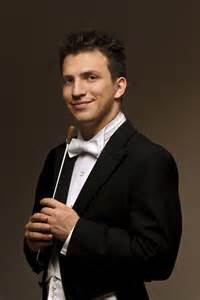 A special treat of the Mostly Mozart Festival was the 'nitecap' of A Little Night Music recitals post-performance in the Kaplan Penthouse atop the Julliard  School of Music across the street. It is literally a nitecap, with the festival offering each guest a complimentary glass of Napa Valley wine (William Hill), a bottle of sparkling San Pellegrino water at each of the cabaret-style tables and a spectacular, starry view of the encircling skyline. There is no more intimate setting to hear a great artist perform.

A leisurely post-concert stroll from Avery Fisher Hall, past the reclining Henry Moore sculptures at the reflecting pond landscaping Lincoln Center Plaza, is one of the decided pleasures of attending A Little Night Music, particularly on a star-studded, moonlit night. (Yes, this is the one place in mid-town Manhattan where you can actually see the moon and starts on a clear night, due to the comparative lack of street light pollution).

Scottish pianist Steven Osborne is a pianist who commands your undivided attention. His playing is lighting fast, but not a note is dropped. He also has the capability to pull the reins in and to allow the suspense to build. He and conductor Edward Garner worked hard to maintain a balance, often looking at each other for visual cues. The proof was in the pudding with a dramtic reading of the Larghetto slow second movement and a restless energy leading to a stirring finale in the Allegretto. 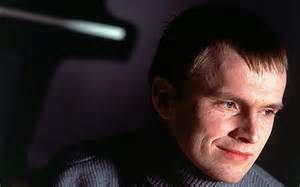 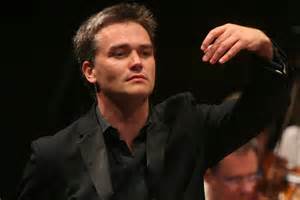 This notable performance was framed by kaleidoscopic reading of Weber's Overture to Der Freischutz and Beethoven's majestic Symphony No. 7 in A major.

The Calidore String Quartet provided a pre-concert recital of Haydn's delightful String Quartet is C major, "The Bird," so named because of the chirping sounds made by the violins in the opening bars.

A Little Night Music followed the concert with a thoroughly engrossing concert by the Danish String Quartet in their Mostly Mozart debut. The played a program of pieces that, on their face, seemed odd matched. Their intelligent commentary, however, showed how each of the pieces interconnected with the others. Mozart's Two Fugues for String Quartet from Bach's Well-Tempered Clavier, Book II, Thomas Ades Arcadiana and Beethoven's Grosse Fuge in B-flat major, which the quartet prefaced with humorous remarks about the composer's intent. 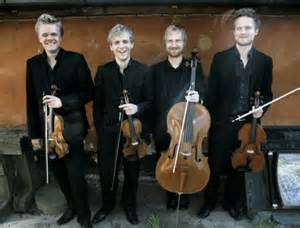 It was a delightful evening, which showed off the quartet's seamless cooperative playing, while showcasing the virtuosity of each of its members. The encore was an ingenious playing of Nielsen's Mit hjerte altid vanker, arranged by the Danish String Quartet. It was a musically humorous and virtuostic close to a most satisfyiing post concert experience. The Danish String Quartet proved that it truly deserves its own showcase in next year's festival on the main stage.
Posted by Dwight the Connoisseur at 6:12 PM