MOUNTAIN AVAILABLE IN THEATERS NATIONWIDE, ALSO IMAX AND ALL VIDEO 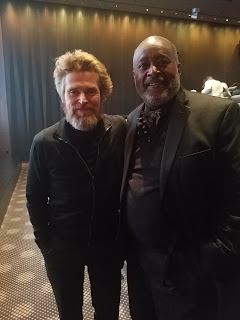 WILLEM DAFOE WITH DWIGHT CASiMERE AT THE NORTH AMERICAN PREMIERE 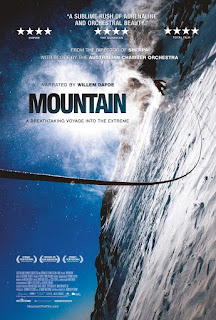 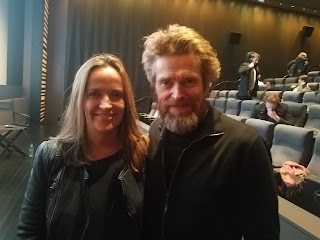 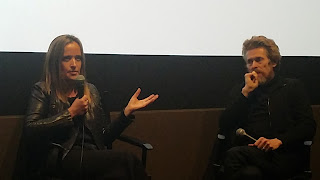 MOUNTAIN, the sweeping cinematic and musical journey among the world's highest peaks, opens this weekend in theaters everywhere and is available on all video platforms. Narrated by three-time Academy Award winning actor Willem Dafoe and directed by British Academy Award (BAFTA) nominated director Jennifer Peedom, renowned for her documentaries SHERPA, MIRACLE ON EVEREST, LIVING THE END and SOLO, it also features a musical "narration" scored and played by the Australian Chamber Orchestra. Showing in IMAX and other large screen formats in a number of theaters, MOUNTAIN is a complete sensory immersion in the world of big-league mountain climbing.  Large screen format is the most-recommended form of viewing for this particular film.

The film had its North American Premiere at the Australian International Screen Forum in New York City.

Willem Dafoe lends his dulcet tones to create a spell-binding narrative. Based on the words of novelist and mountain climbing adventurer Robert Macfarlane from his book, "Mountains of the Mind," the film traces the fascination with mountain peaks from the dawn of time.

Filmmakers, led by Cinematographer Renan Ozturk , who is recognized as one of the world's foremost professional climbers and a team of cinematographers armed with Go-Pros, drones and helicopters, to take viewers to the highest altitudes and extreme locations in Tibet, Australia, Alaska, Norway and beyond to experience their death-defying exploits. Ozturk's claim to fame is the BAFTA nominated documentary SHERPA which chronicles events before and after Mt. Everest's most devastating tragedy, the 2014 climbing disaster that left 16 Sherpas dead. Although no lives were lost in the filming of MOUNTAIN, viewers experience an astonishing visual symphony of mountaineers, ice climbers, free soloists, helicopter skiers, wingsuiters, snowboarders and, the most unlikely and breathtaking spectacle of all, parachuting mountain bikers cycling among the world's highest peaks and careening down the sides of steep mountainsides.
MOUNTAIN is about as close to the real thing as anyone of us will experience. In terms of a filmgoing experience, it will have you gripping the armrests of your seat and gasping at the mind-boggling perspectives of the precipitous landscapes seen from the point of view of the climbers and camera operators. Willem Dafoe's hypnotic voice and the atmospheric music of the Australian Chamber Orchestra, which combines classical favorites interspersed with original music, makes for an engrossing cinematic experience unmatched by any of the epic space fantasy and action films currently dominating the market. The mountain adventurers depicted in MOUNTAIN are the true superheroes of this age and display capabilities that stretch the boundaries of human capability to the fantastic. 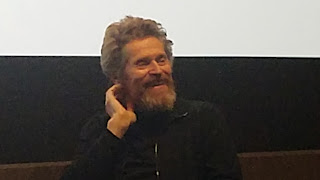 WILLEM DAFOE REACTS TO A QUESTION AT THE NORTH AMERICAN PREMIERE 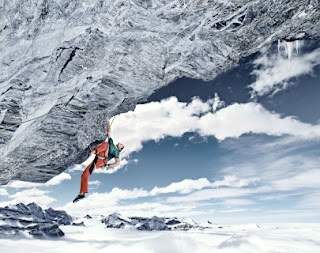 IMAGES FROM THE FILM MOUNTAIN 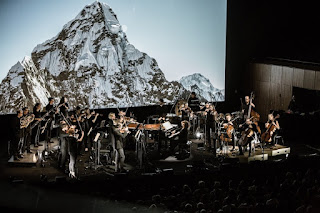 THE AUSTRALIAN CHAMBER ORCHESTRA IN LIVE PERFORMANCE WITH THE FILM 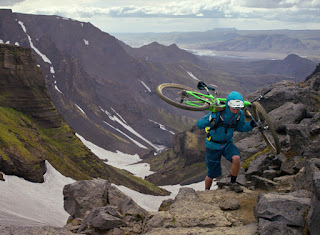 A "HELIBIKER" BRAVES THE STEEP TERRAIN

Posted by Dwight the Connoisseur at 1:27 PM