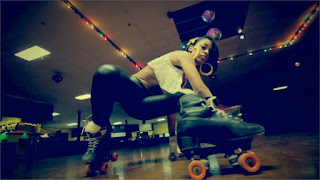 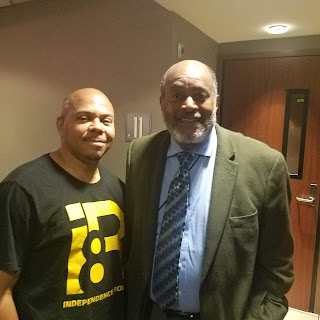 Glorious is both the theme song and the word which best describes the HBO Documentary Film United Skates by filmmakers Dyana Winkler and Tina Brown which debuts in theaters Friday Nov. 30. Check local listings for theatre locations and showtimes.

Executive produced by John Legend, among others, the film is an entertaining look at a very serious subject, the pervasive influence of the national black skating diaspora on black culture over the past fifty years or more. United Skates is a look at the black community and its struggles through the microcosm of its skating sub-culture. Turning a mere recreational activity into an art form, which spawned the early days of Rap and Hip Hop, black skating is also a window into the struggle for Civil Rights, the battle against urban gentrification and the influence of gangs and crime in the black community. Queen Latifah, Dr. Dre, Salt-N-Pepa and Ice Cube, pre NWA, all did their first performances at black skating nights because they were shunned by the community at large and barred from other more suitable venues.

In the dawning days of the Civil Rights Movement, blacks had to picket white-owned local skating rinks just to get one night of open skating. Dubbed with such code words as "Soul Night" or "R and B Night," the progenitors ultimately stuck with the term "Adult Night" as the designation for  black skating. In retaliation, rink owners attempted to restrict access by denying entrants the right to bring in skates modified with cut down or small wheels or other configurations that would allow for the elaborate dance steps invented for the roller rink. "It's impossible to do the moves that we do on a traditional skate," one devotee opined in the film.

Civil Rights and skating are intertwined in the narrative of the film. Rev. Charles Koen tells how the Klan brutally beat he and a group of protestors when they tried to integrate the sole roller rink in Cairo, Illinois. "They smashed my skull right here in the center," he says, pointing to a huge, cleaving scar on top of his head. "But that didn't stop us. Forward forever, never backward," he says defiantly.

Skating is a way of life for  many of the film's subjects, and an escape from the bigotry and grinding oppression of everyday life. "Skating is my life," says London, the teenaged daughter of one of the film's subjects, Phelicia, a single mother , trying mightily to raise her four children in the midst of the gaping abyss of crime and poverty that surrounds her. "It's like what Patrick Swayze says to Jennifer Grey in Dirty Dancing  that dancing is like the "Boom, Boom-Boom,Boom" of your heartbeat. That's what I feel when I'm on the floor. Everything that's troubling me just melts away."

The footage of actual skating is mesmerizing. Some of the dance moves undertaken by the skaters defy the laws of gravity. Take the One Stop, invented by Chicago skater D-Breeze, which requires the skater to move backwards balancing on one toe, while catilevering his or her body in the completely opposite direction. Or the JB moves of Chicago skaters that involve moving one leg in apposition to the other in rhythm with the call and response of James Brown's voice and the blasts from  his echoing horn section. Then there's the 'Nutcracker," so named because it involves the skater, usually male,  doing a head over heels somersault and then landing  spread eagle in the splits on the hardwood floor. Ouch!

When the local skating rink in South Central LA shuts down, Phelicia's son Shannon, with idle time on his hands after over a year without a local skating rink, starts to hang out with the wrong crowd and succumbs to the criminal elements that surround him. "A young boy just got shot down at the car wash in front of his mother just because he was wearing red shoes," Phelicia tells the unflinching camera. When she discovers that Shannon was involved in the breaking and entering of a private home, it is she that  turns him.  "I'd rather have him in jail than dead....In chains than in a coffin," she says as she marches into the LA Criminal Courts building.

Sadly, the majority of black skating rinks have closed around the country as greedy landowners and real estate agents seek to turn the valuable land they occupy into shopping malls and big box stores. In Los Angeles, the sole surviving rink became the only place where rival gang members forged a truce to declare the rink neutral territory. They would put their weapons down and set their differences behind then as they locked arms for a night of skating. The community begged city fathers to keep the rink open. Their pleadings fell on deaf ears and the rink was closed. Sadly, it remains vacant to this day.

Reggie, the proprietor of a family-owned rink in Chicago that goes back to his grandfather's time, sought to resurrect the black skating scene with an Independent Roll that attracted a national roster of skater from cities where rinks had been closed. When economic realities forced him to close his own doors, the skating community once again rallied to rise from the ashes.

United Skates is an inspiring film that demonstrates the power of art and the human spirit to triumph over adversity. Just the simple act of skating to a bumpin' rhythm is both a sign of protest and progress in a daunting world. United Skates in theaters Friday, Nov. 30.

Posted by Dwight the Connoisseur at 11:56 PM