ABT SWAN LAKE 2019: A TIMELESS CLASSIC IS RENEWED 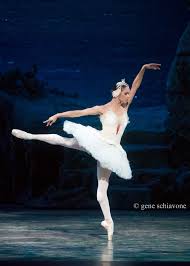 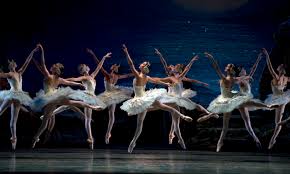 The Swans at the Lakeside 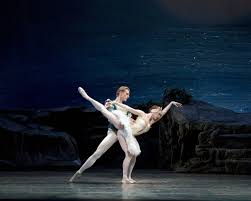 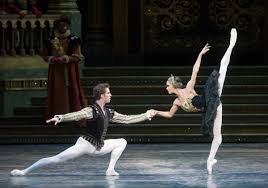 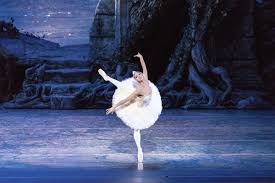 Swan Lake is the ultimate ballet. Composer Peter Ilyitch Tchaikovsy's  famous creation is, without question, the most well-known and performed ballet of all time. There isn't a budding ballet dancer alive who has not danced at least one scene from this master creation. It's music has been used in every genre there is from ballet, to film, to popular music. Its even been sampled in commercials, and, yes, you might even find a bar or two buried somewhere in the background track of a rap litany.

It is, therefor, fitting that American Ballet Theatre would choose to include this repertoire mainstay in the final weeks of its Spring Season at New York's Metropolitan Opera House. No matter how many times you may have seen this or any other production, there is no mistaking that the June 24-29, 2019 performances were so vital and fresh that, even for the most jaded viewer, it was like seeing the ballet for the first time.

Principal Dancers Hee Seo as Odette-Odile, the Swan who is transformed into a beautiful princess, and Cory Stearns as her pursuer, Prince Seigfried, have made the roles their own.

The scenery and costumes by Zack Brown, with lighting by Duane Schuler, makes the production a delight to observe. Maestro David LaMarche's spirited conducting from the Company Orchestra pit sheds new light on the composer's shimmering melodies and lush orchestrations.

Like some many pieces that are regarded as mainstay's today, Swan Lake was met with less than enthusiastic criticism at its premiere in 1877 at the Bolshoi. The music was considered too complicated to be performed or appreciated by audiences of the day and the dancers found it impossible to keep step.  It faded into obscurity until it was revived decades later by the legendary dancer and choreographer Marius Petipa and his collaborator Lev Ivanov. It is this iteration that serves as the Holy Grail of today's productions.  Kevin McKemzie's further reworking for ABT transforms this timeless classic into a spectacle for the ages.

Known for its technical demands on the dancers, ABT makes the various scenes flow like an endless dream. All of the dancers perform complex feats with ease, moving with such precision the entire Corps de Ballet of Swans move as one. The Great Hall scene, which features spirited solos from the likes of Courtney Lavine as the Spanish Princess and the masterful ensembles that were the Czardas and the Spanish Dance troupe were the highlights of Act III. The Black Swan Pas de Deux by Hee Seo and Cory Stearns at the end of Act III was, without question the highlight of the evening. Soloist Thomas Forster as the wicked sorcerer von Rothbart made for a commanding and artful presence.

ABTs Swan Lake was a spectacle to behold.  Breathtaking and beautiful it left one almost speechless. As Odette-Odile and the Prince ascended to their new life in the emerging dawn, the soul almost rose to meet them in mid-flight.
Posted by Dwight the Connoisseur at 2:42 PM