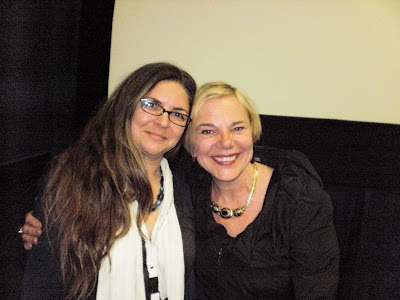 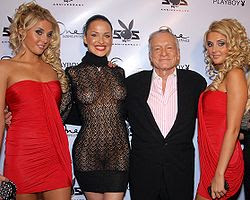 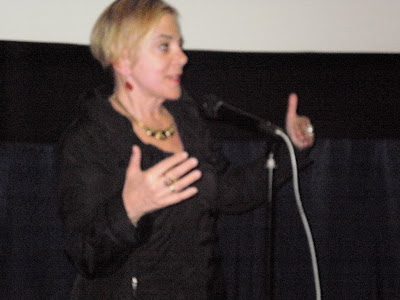 Final credits had barely completed rolling after the International Premiere of the Documentary Feature film “Hugh Hefner: Playboy, Activist and Rebel” at the Miami International Film Festival when director Brigitte Berman announced to the sold-out audience that “a feature film is already in the works!”

Berman’s two-hour visual homage traces the rise of the 80-year-old founder of the Playboy Empire from the magazine’s humble beginnings in the living room of his Woodlawn apartment at 60th & Harper. The film details both the highs and the lows of his more than half-century career as the nation’s self-appointed sex therapist and guru of all things cool. There’s his toe-to-toe battle against the forces of evil in the persons of J. Edgar Hoover and his FBI and Sen. Joe McCarthy and his House Un-American Activities Committee to his clubbing at the hands of Chicago Police during the 1968 Democratic Convention Riots. The documentary credits him with everything from being one of the early white champions of black civil rights to being the standard bearer for women’s reproductive and Gay rights. The film even goes so far as to credit him with creating the moral and sociological ground work that led to the election of the nation’s first black President. Then there’s his love/hate relationship with the Women’s Movement. Praised on the one hand for his stand in favor of Abortion Rights but pilloried on the others for his objectifying of women through the magazine’s iconic centerfolds. A self-professed film buff “from the age of five,” according to Hef, he was finally honored with a star on the Hollywood Walk of Fame for his pioneering work on television with his landmark TV shows, ‘Playboy’s Penthouse” and “Playboy After Dark.”

There are the low points as well; the brutal and senseless murder of 1980 Playmate of the Year Dorothy Stratten at the hands of her estranged husband and the 1975 suicide of his trusted assistant, Bobbie Arnstein, in the aftermath of a government directed drug witch-hunt aimed at toppling Hef’s left-leaning empire.

Hefner is given his due for the magazine’s decidedly liberal editorial stance and its ground-breaking interviews with such legends as Bob Dylan, football great Jim Brown and boxing legend and anti-war activist Muhammad
Ali, conducted primarily by Alex Haley, who himself would go on to make history as the author of the book and TV series “Roots.”

Lest the film get bogged down in sanctimonious back-slapping, it details all those great parties at he Playboy Mansions, both in Chicago and in Holmby Hills near Hollywood. It ends on a candid account of his recently failed marriage and dalliances with multiple girl friends in a harem-like existence involving, first seven, then a pared down, more manageable three simultaneous girlfriends. As Dick Cavett said in a salient moment during the film’s final minutes, ”Hef gives new hope to anyone who is over a hundred!”

Director Berman reiterated the point at the conclusion of the Q and A following the film. “Hef’s mother just passed away at the ripe old age of a hundred and five. He’s in really good health at 80, so there’s precedence for him to be around for a very long time!”

Posted by Dwight the Connoisseur at 11:34 PM