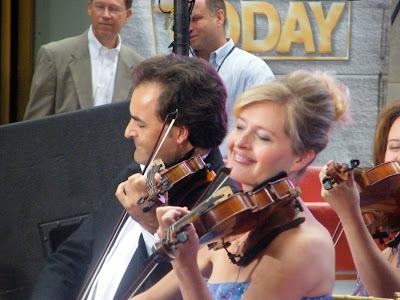 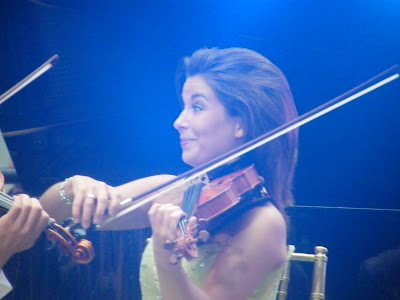 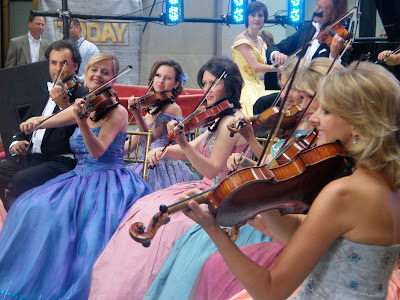 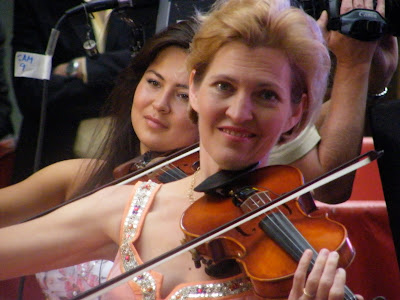 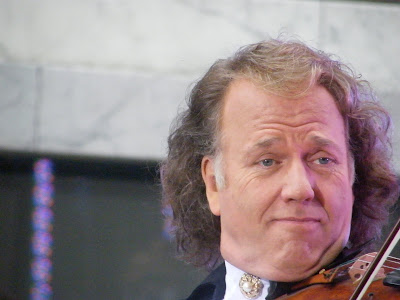 New York--The NBC Plaza at 30 Rockefeller Center was awash “Mit Schlage” and “Gemutlichkeit”) (alternating feelings of sentimental emotion and intoxicating warmth and togetherness) when Dutch violinist, composer and classical music superstar Andre Rieu brought his colorfully dressed Johann Strauss before a live international television audience on the Today Show, June 16. The performance was done to herald the start of his national tour, which will bring him to the area’s Allstate Arena in Rosemont on June 28th.

The “Celebration of Music” 2010 North American Tour will support the release of his Universal Music Enterprises (UME) CD, “Forever Vienna,” which drops the following day, June 29.

Andre Rieu’s charismatic demeanor and high-energy style have catapulted him to worldwide fame, matching such stadium concert superstars as The Rolling Stones and U2. His albums have sold more than 30 million copies worldwide. The second leg of his tour will commence in Mexico City where nearly 40-thousand fans will witness his electrifying brand of classical music.

Andre Rieu’s shows promise a spectacle like none other. His world stadium tour has the largest transportable set-up ever; with a life-sized replica of a Viennese castle featuring fountains, ice rinks, horse-drawn carriages and flying angels.

NBC’s Today Show had to erect a huge concert stage to accommodate the 55-piece orchestra, featuring some of the world’s greatest concert musicians, all dressed in brightly colored costumes that heralded the beginning of summer. For more on the tour, visit www.andrerieu.com.

Posted by Dwight the Connoisseur at 7:37 AM