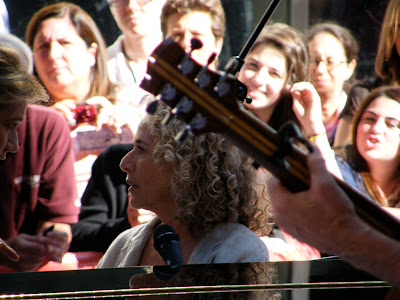 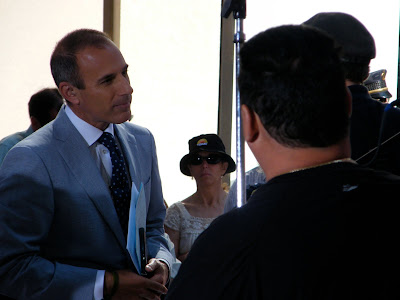 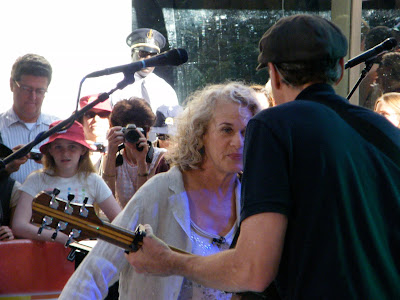 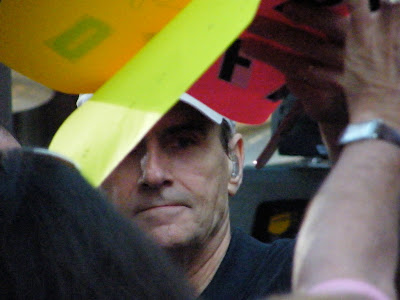 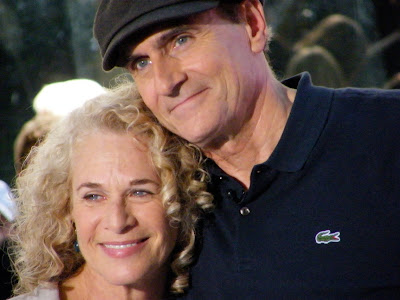 A nationwide telecast on NBC’s Today Show and a live concert in the plaza of 30 Rockefeller Center in New York served as the launching pad for the start of a cosmic event, the national concert tour of pop/rock legendary singers and songwriters James Taylor and Carole King.

Crowd started lining up in a cue that stretched around the entire two-block circumference of Rockefeller Plaza as early as 4am for the 7am broadcast. Even the windows of nearby coffee shops and office buildings became viewing stations for avid fans of the duo. A noisy protest of alleged unfair labor practices by NBC, launched by union members displaying a giant inflated rat nearby by, was completely drowned out by the roar of adoring fans as first Taylor and then King emerged from the entry of the Today Show’s street-level studios.

When Taylor launched into his rendition of King’s first hit, Upon The Roof, written for the Drifter’s in 1963, the shouts from fans both singing along and cheering his presence, drowned out Taylor’s signature reedy vocals and twanging Carolina-tinged guitar playing.

It took Herculean effort by Today host Matt Lauer to rise above the clamor in order to introduce the famed pair in a live concert on Rockefeller Plaza. The pair was especially energized by their previous night’s appearance at two sold-out concerts at Madison Square Gardens. Ticket demand was so great; Taylor and King have scheduled a return engagement to Madison Square Garden June 30. Their Chicago appearance will be Friday, July 9 at 8pm at the United Center.

Today Show staff members passed out Styrofoam microphones with the Today Show fob and bucket hats emblazoned with the iconic NBC peacock logo, but the most coveted take-away was an autograph from James Taylor. Many fans brought treasured album covers of the pair’s multi-Platinum and Grammy awarded albums to be autographed, their vinyl contents worn from years of playing over and over. James Taylor obliged them with enthusiasm; the top of his white baseball cap could be seen bobbing throughout the crowd, even working the pockets of fans buried in the far reaches of Rockefeller Center. A burly security guard finally gave up keeping a close tail on his ebullient charge as Taylor plunged deeper and deeper into the crowd. His actions were a testament to his love for his fans who have supported him through the many trials and tribulations of his life that have inspired his most telling lyrics for songs that have inspired more than one generation of fans.

Posted by Dwight the Connoisseur at 3:32 AM