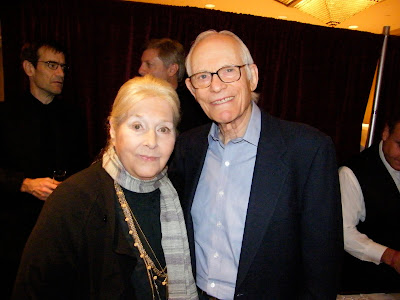 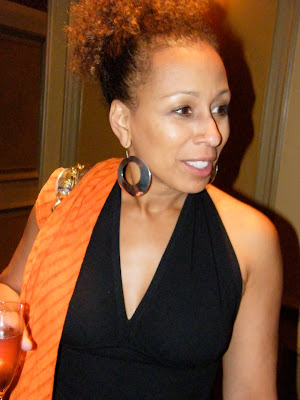 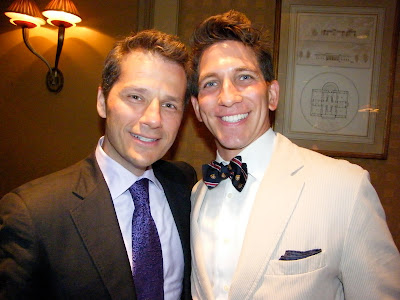 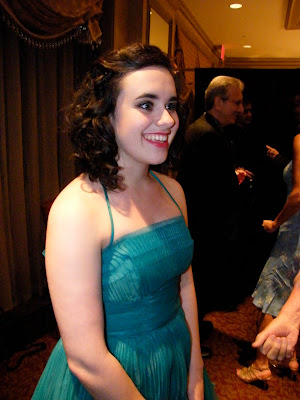 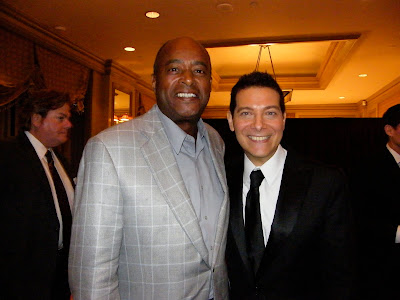 Opening night at Feinstein’s at Loews Regency in New York was one of the landmark events of the cabaret season. With Michael Feinstein at the keyboard, manning the helm of a seven piece orchestra for the inaugural week of “Cool Swing” performances, the stellar evening brought out the royalty of New York’s Café Society and the music world, including the reigning King and Queen of the modern American songbook, the multiple Academy Award and Emmy winning lyric-writing team of Alan and Marilyn Bergman) The Way We Were, You Don’t Bring Me Flowers, The Windmills of Your Mind, to name a few).

Feinstein mined the treasure trove of great American songs written by the guiding lights of the past century; Irving Berlin, Cole Porter, George Gershwin, Jerome Kern, to name a few. He seemed to take a special delight in presenting Fats Waller’s “I’m Gonna Sit Right Down an’ Write Myself A Letter,” that ultimate pane to loneliness and hardship. Feinstein sang it with such gusto that it almost made one want to wallow in the pity pit along with the composer.

The orchestra and Feinstein turned Cole Porter’s “Just One of Those Things” into a tour de force of the artistry of cabaret. “A Trip to the Moon on Gossamer Wings,” Feinstein crooned in his velvety baritone voice. No other words could have rung truer.

As if the evening had not mounted enough superlative heights, an impromptu solo by Alan Bergman himself, singing what has perhaps become the anthem of his long-standing songwriting partnership with wife Marilyn, the Oscar winning, “The Way We Were”, capped it. In the deft handling of its composer, with Feinstein himself lovingly caressing the keyboard with lush accompaniment, the lyrics took on new depth and meaning. The words, sung by Alan Bergman in the hushed whisper of a cherished old friend, speaking in strictest confidence, took on new depth and meaning:

“Memories…may be beautiful and yet, what’s too painful to remember, we simply choose to forget.”

The poignancy of his words almost brought one to tears.

The evening was not without its share of surprises; an uncannily savvy performance by 17-year-old protégé Annie Yoakum of Ohio, the winner of a high school vocal competition put on by the Feinstein Foundation, which brought to mind the earliest filmed performances of the late Judy Garland. There was also the announcement by Michael that he will become the Artistic Director of the new $170 million Performing Arts Center in Carmel, Indiana, near Indianapolis, which will become the training center for the development of new talent, based around the Great American Songbook. Gossamer wings indeed!

Magical nights at Feinstein’s at Loews Regency continue throughout the summer season. For tickets and information, visit www.feinsteinsattheregency.com.

Posted by Dwight the Connoisseur at 11:10 PM