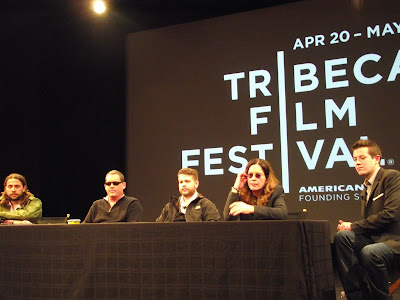 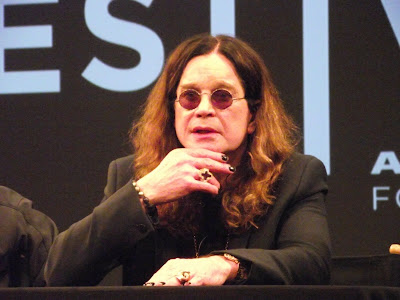 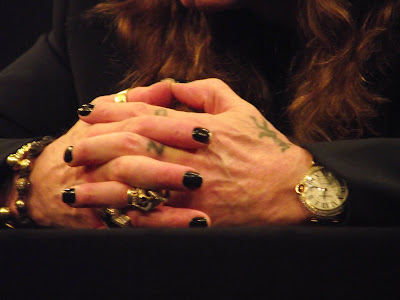 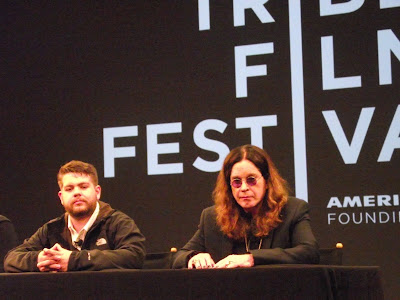 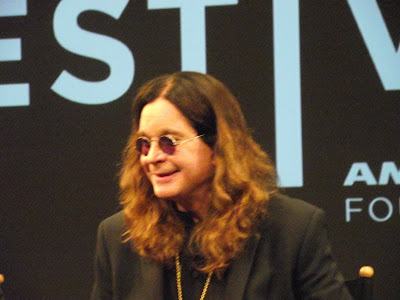 NEW YORK—For 90 minutes, audiences in 400 movie theatres around the country will have an unprecedented opportunity to delve into the mind of one of most absorbing personages of the modern 20th and 21st century music scene. GOD BLESS OZZY OSBOURNE is a three-year-in-the making documentary on the tumultuous and often controversial life, loves and attitudes of undoubtedly the most ‘in your face’ musical icon. Lionized as the founder of Heavy Metal, with the pioneering British band Black Sabbath, Osbourne single-handedly embodied everything that characterized the heavy metal genre. Considered the “Godfather of Heavy Metal,” he is known as the “Prince of Darkness,” and for good reason. After all, he’s the man who showed up at an audition for one of the most powerful record producers in the business and introduced himself by biting the head off a real bat. “I didn’t know it was real at the time,” Osbourne told an assemblage of press reviewers at a post-screening news conference at the Tribeca Film Festival last spring. “If I’d known that, I don’t think I’d have done it. The rabies shots after were painful as hell!”

GOD BLESS OZZY OSBOURNE tells the life story of Ozzy, as seen through the eyes of his youngest child, producer/filmmaker, Jack Osbourne, who worked alongside directors Mike Fleiss and Mike Piscitelli. “I know it sounds cliché,” Jack told the audience,” but this truly was a labor of love. You have to understand, I wasn’t really all that close to my dad growing up. He was just this person who would drop in and out of my life. It wasn’t until I became an adult, that I began to know him for who he was and came to realize that he was really someone special who should be admired. There’s no one else like him. He’s truly one of a kind and that’s what we tried to show in the film.”

“God Bless…” traces Ozzy’s life from his humble beginnings as the son of a laborer in the hardscrabble world of Birmingham, England. The fact that he came to love music and wanted to become a musician, although influenced by blues, r &b and rock ‘n roll legends of his youth, was considered an oddity in the ‘school of hard knocks’ world in which he was reared.

“When I was a kid in school, I had dyslexia. I had a hard time making it in school. The kids could be so cruel. I eventually dropped out. I started turning more and more inside myself. Thank god for music!” Ozzy heard he Beatle’s first single and became a fan of the group. The rest, as they say, is history.

“If it hadn’t been for music,” Osbourne said, candidly, “I’d have been digging a ditch somewhere.”

That was hardly the case, though. Over the course of his 40-plus year career, Ozzy Osbourne has sold over a hundred million albums worldwide, been featured in countless television shows and films and has been the subject of media controversy since the day Black Sabbath hit the ground running.

The film recounts the band’s whirlwind beginnings. The drug-infused, bash ‘em and trash ‘em early days, which found them banned from the major five-star hotels around the world. “We used to just take the plumbing in the bathroom and just rip it apart,” Ozzy recalled. It all fell apart and Ozzy’s world went into a catastrophic tailspin when he was kicked out of band in 1979 for his excessive drug and alcohol abuse. The subsequent death in 1980 of one his dearest friends, collaborators and fellow band member, former Quiet Riot guitarist Randy Rhoads, who plane crashed while the pilot was trying to buzz Ozzy’s tour bus as a practical joke that, obviously, backfired.

In 2002, Ozzy Osbourne became a household name with the premiere of the hit MTV reality TV show, The Osbournes, one of the first successful programs of the genre. Osbourne and his wife and powerhouse manager Sharon founded the Ozzfest tour, a physically draining, but financially lucrative franchise for the oddball genius.

Ozzy has been awarded several times for his contributions to music. In 1994, he was awarded a Grammy for the track “I Don’t Want to Change The World” from the album Live & Loud. In 2005, he was inducted into the UK Music Hall of Fame. In true Ozzy fashion, he mooned the crowd!

“I’m just amazed that I’m still alive,” the 63 year old rocker said, responding to a question from this reporter. “I think I just have a drive, a will to succeed and to do something better all the time. I’m always trying to reach for something better and to create just a little more excitement. It’s just something inside me that keeps me going!”

We should all share in that same spirit. Thank God for Ozzy Osbourne.

Posted by Dwight the Connoisseur at 2:40 PM