New York---Narrowly avoiding the devastation of Hurricane Sandy by just a day, Jazz at Lincoln Center presented a comprehensive tribute to The Genius of John Coltrane in a weekend-long festival that featured Coltrane alumnae, protégés and a host of brilliant young saxophonists inspired by his daring creativity.

The evening began with an absorbing chamber-jazz concert headed by legendary pianist, McCoy Tyner, a Coltrane mainstay from the glory days of Tranes stellar quartet, along with Coltrane protégé Gary Bartz, accompanied by Miles Davis alums Jack DeJohnette on Drums and Dave Holland on Bass. Held in the intimate Allen Room of Jazz at Lincoln Center, overlooking the sweeping panorama of Columbus Circle and Central Park, and entitled The Gentle Side of Coltrane, the quartet explored the tenor giant’s mastery of the ballad, as exemplified in such evergreens as “I Want to Talk About You” and the hauntingly reverential “Naima.” Composed in 1959 in honor of his first wife, Juanita Naima Grubbs, the composition first appeared on the groundbreaking album “Giant Steps.”  Saxophonist Gary Bartz, who revealed at a festival
Listening party for his new album “Coltrane Rules,” that he first met  Trane at the age of 14 at his father’s club in his native Baltimore, gave a fittingly energized rendition of the timeless classic. 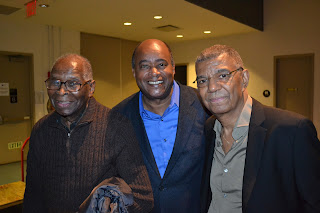 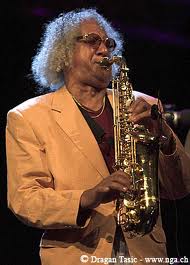 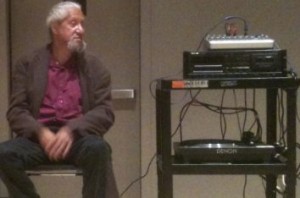 By contrast, Tenor Saxophonist Joshua Redman and the Jazz at Lincoln Center Orchestra, minus Wynton Marsalis, gave a rollicking, roof-raising tribute to The Genius of Coltrane in a free-wheeling exploration of all of the original compositions and interpretations of the music associated with the acknowledged tenor master. Redman displayed the dazzling ‘chops’ that revealed him to be one the heirs apparent to the great one. Equally as meteoric were the solo performances of members from the entire saxophone section, including Victor Goines and Walter Blanding on Tenor Saxophone, Ted Nash on Alto and a particularly revelatory solo turn by Joe Temperley on Baritone Saxophone.
Pianist Dan Nimmer laid down a solid foundation for the fast-paced proceedings and displayed flashes of brilliance in his solos along with some riveting solos by Bassist Carlos Henriquez and the explosive drummer Ali Jackson, recalling the thunderous Elvin Jones of the original Coltrane Quartet.

It was a soul-stirring performance that gave deserved praise to one of the heroic voices of modern jazz.
Posted by Dwight the Connoisseur at 11:22 AM