Handsome and Homeless, Richard Gere Transforms Himself in Elegant Masterpiece "Time Out of Mind" 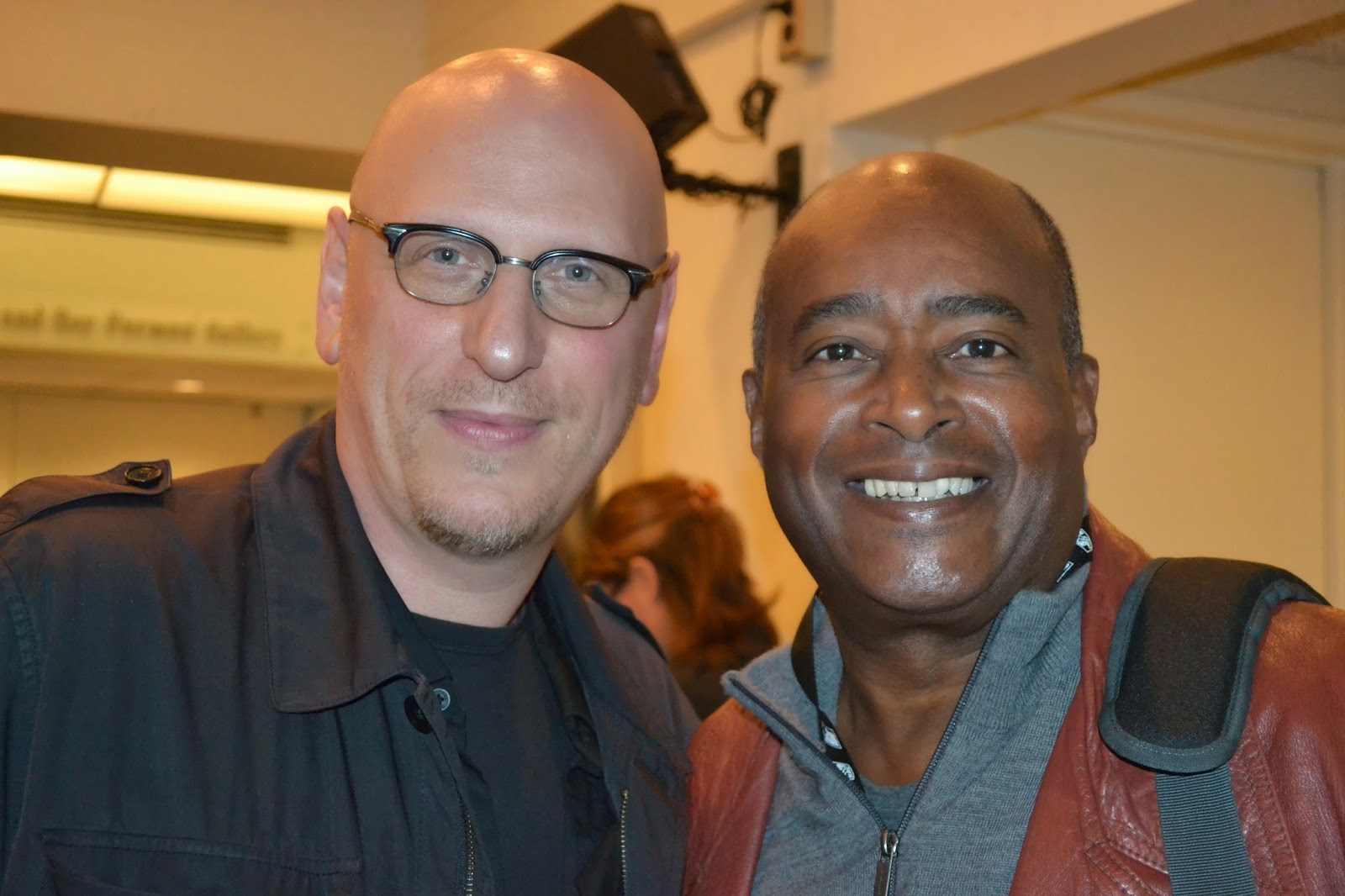 Dwight Casimere with Time Out of Mind Director Oren Moverman 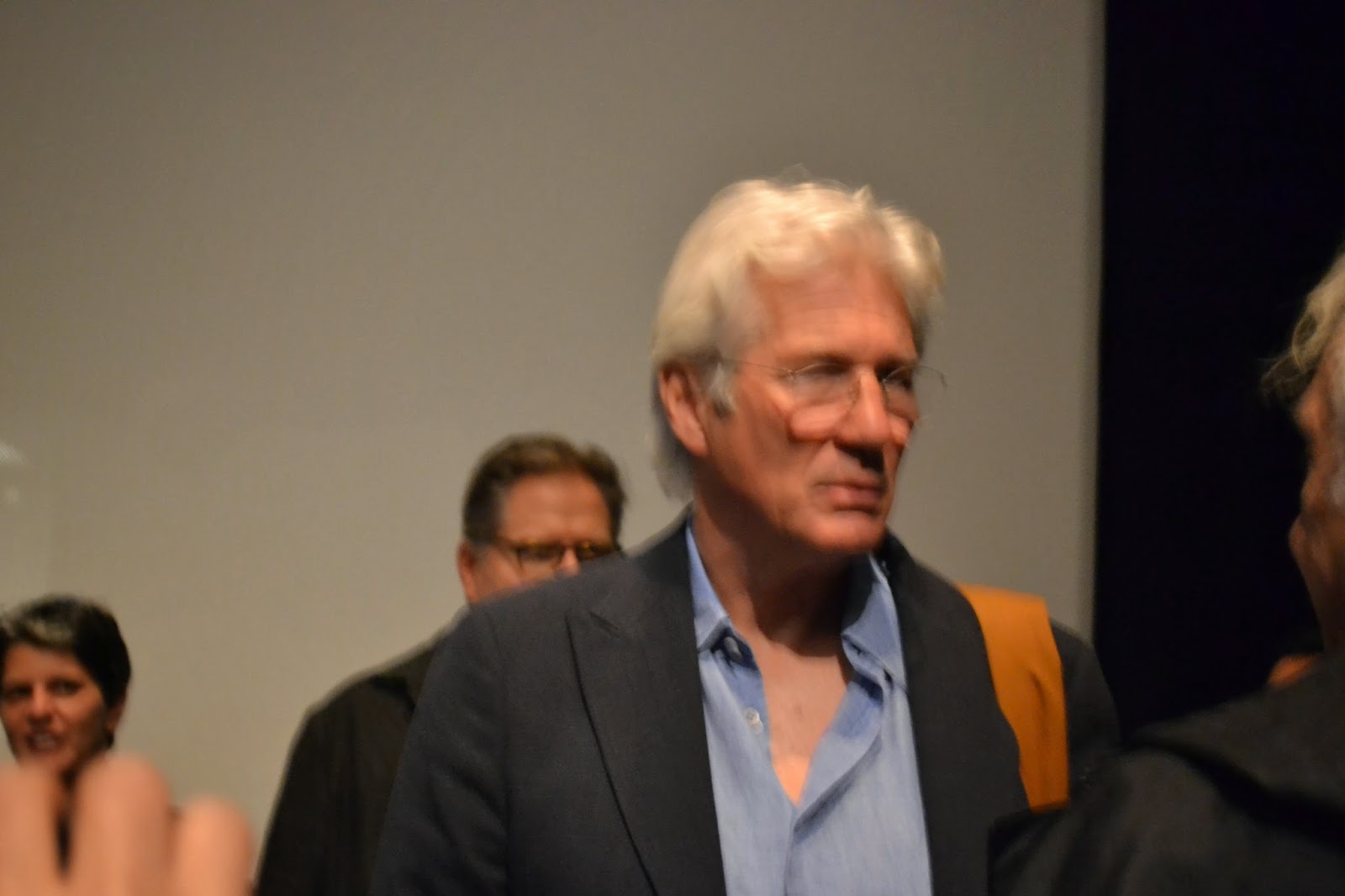 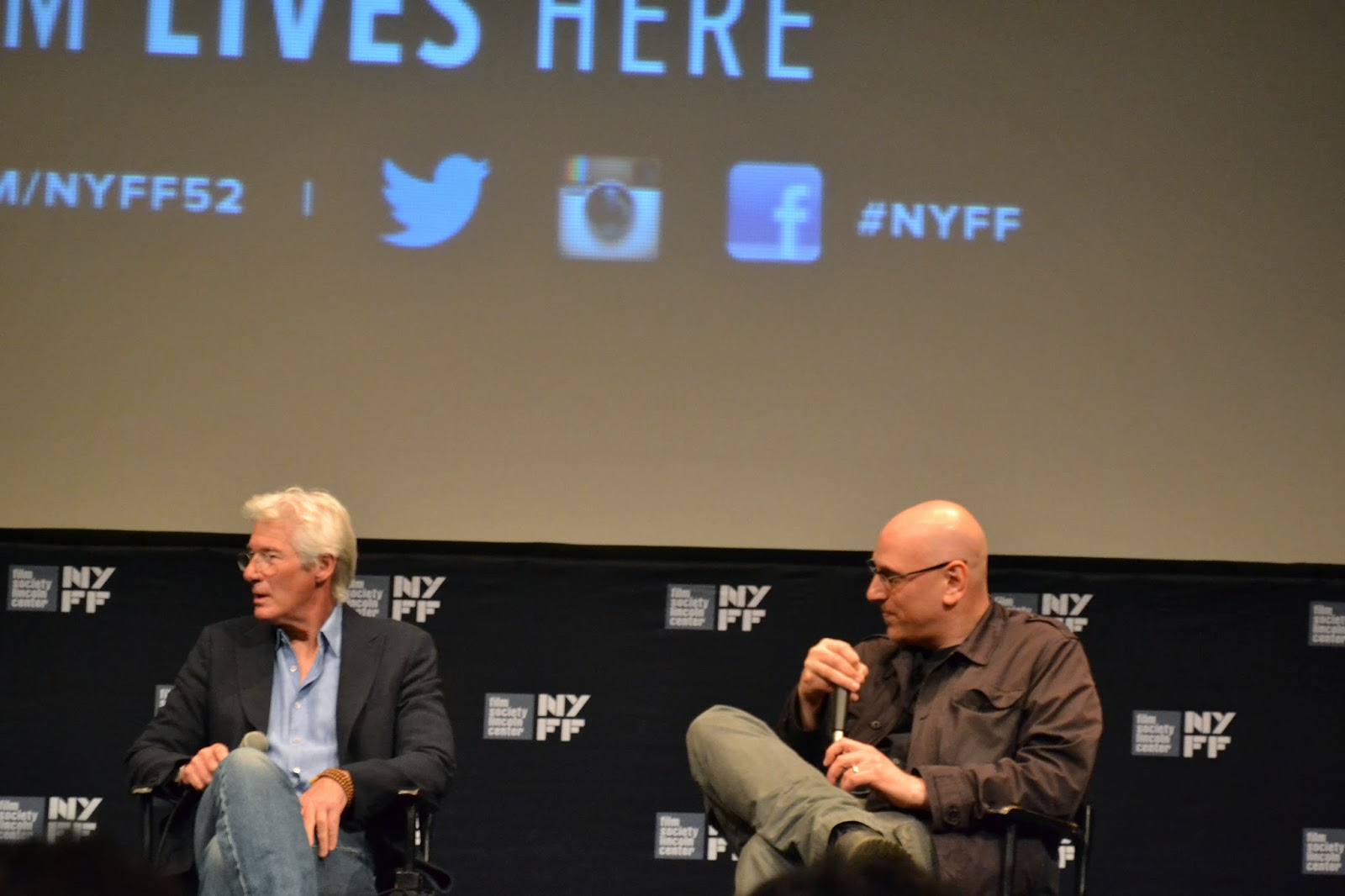 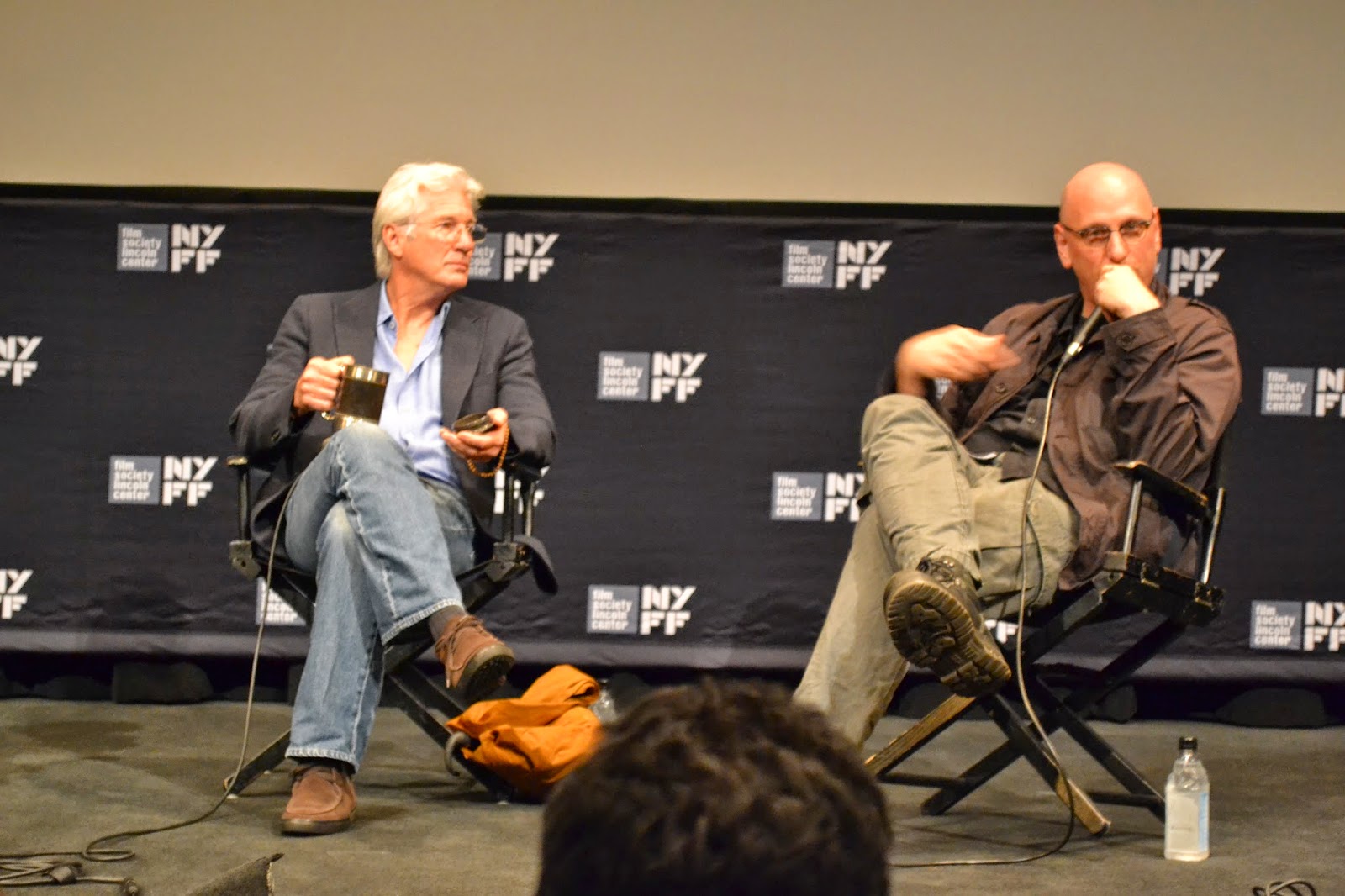 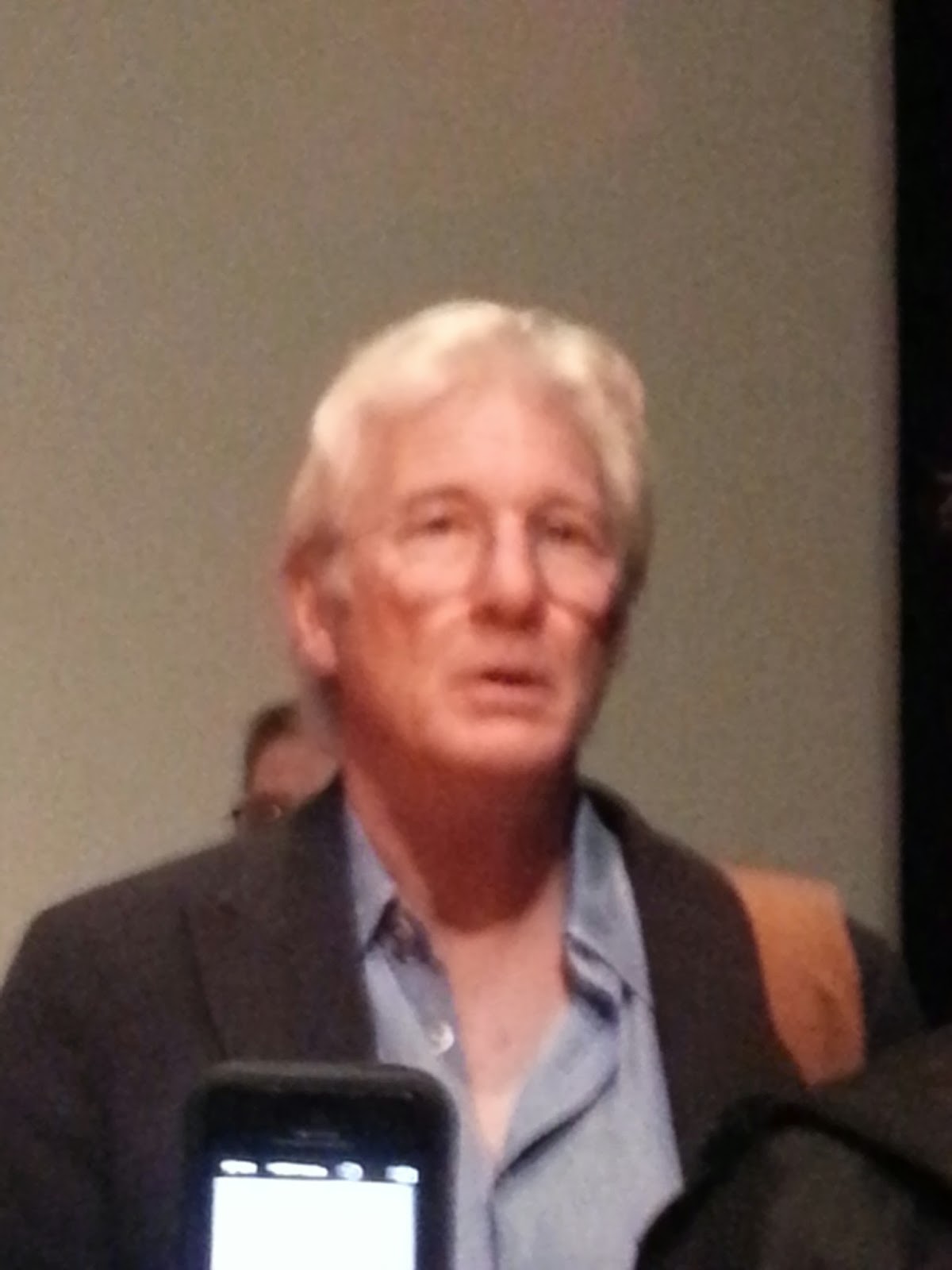 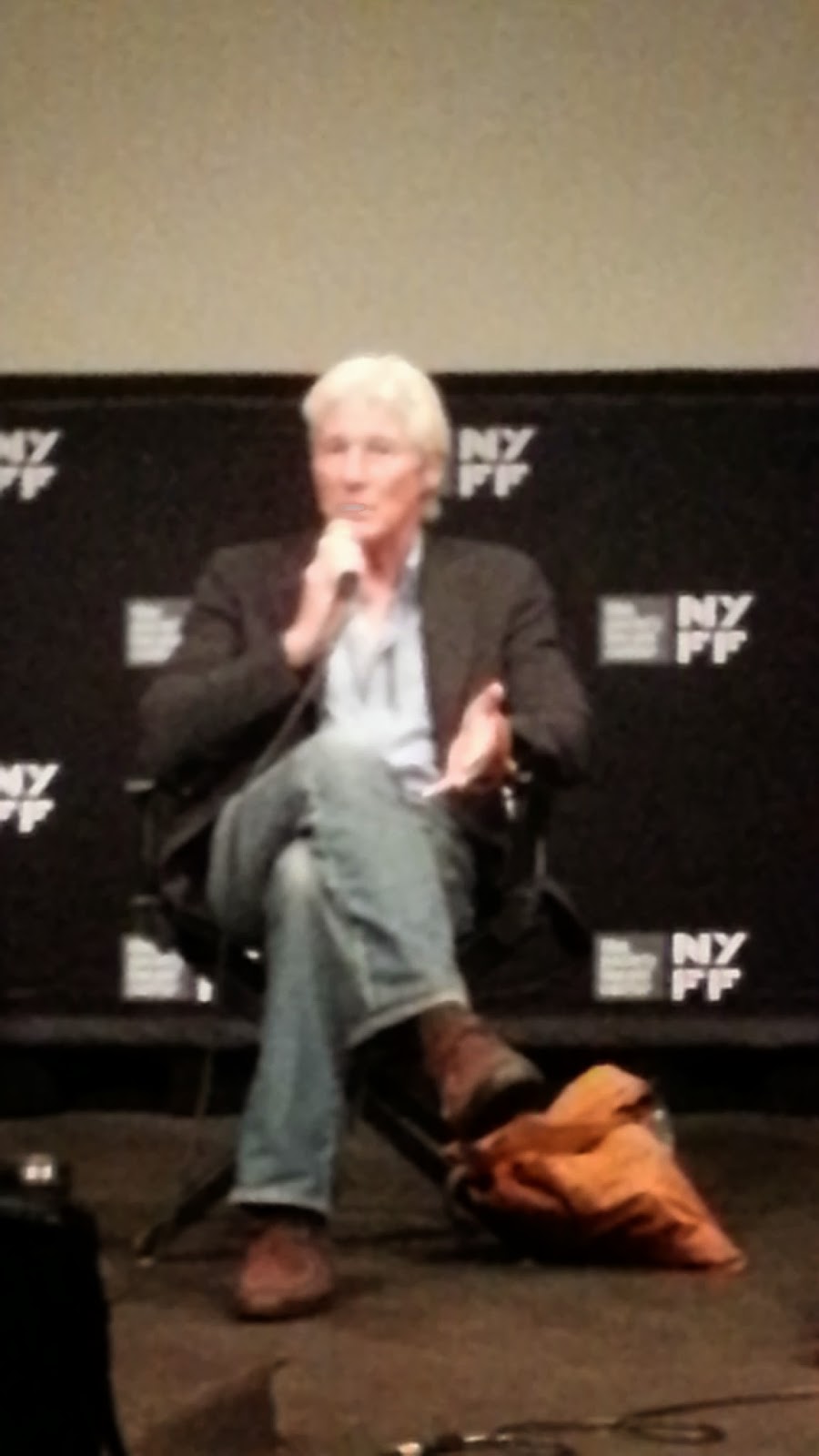 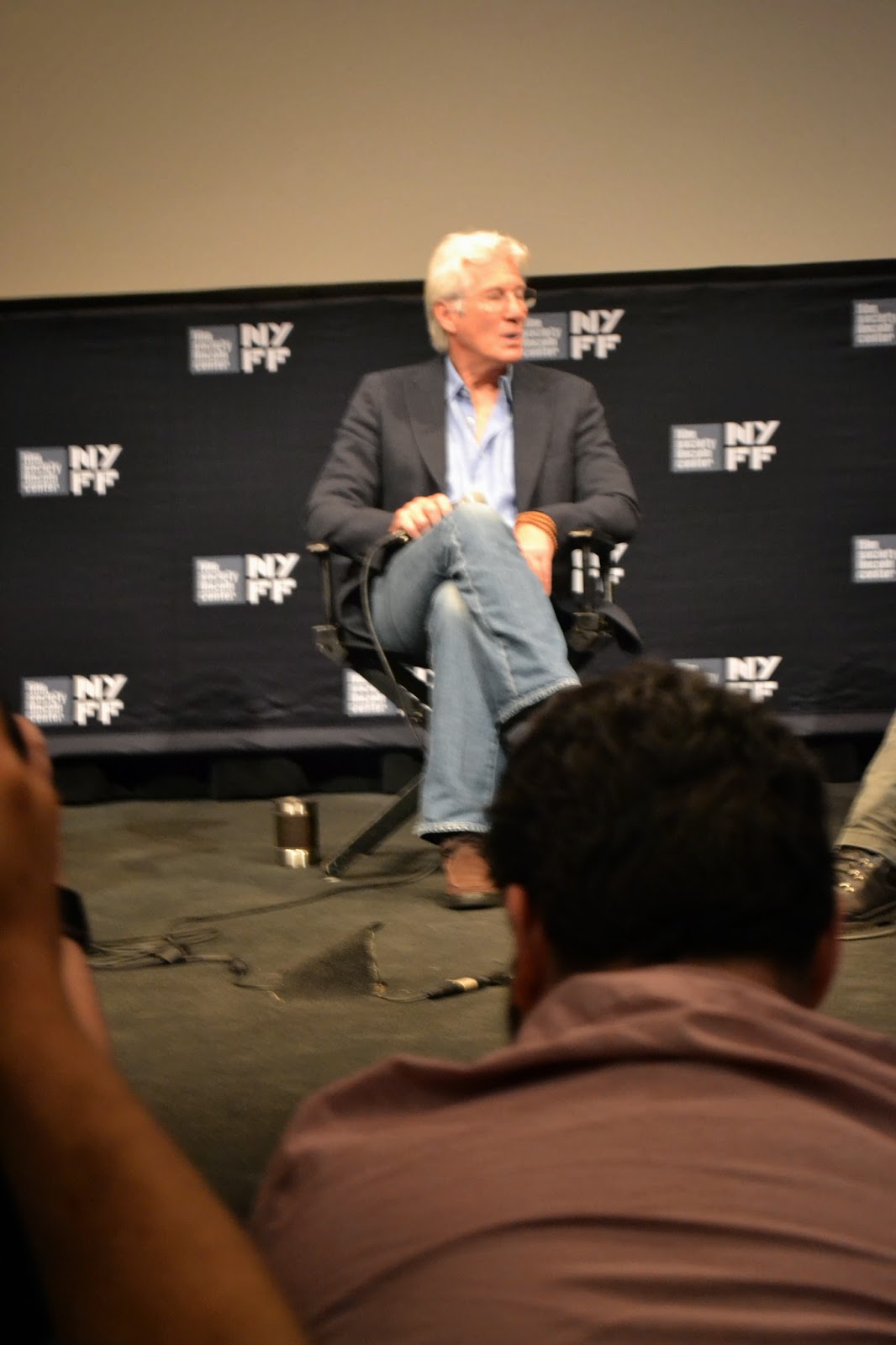 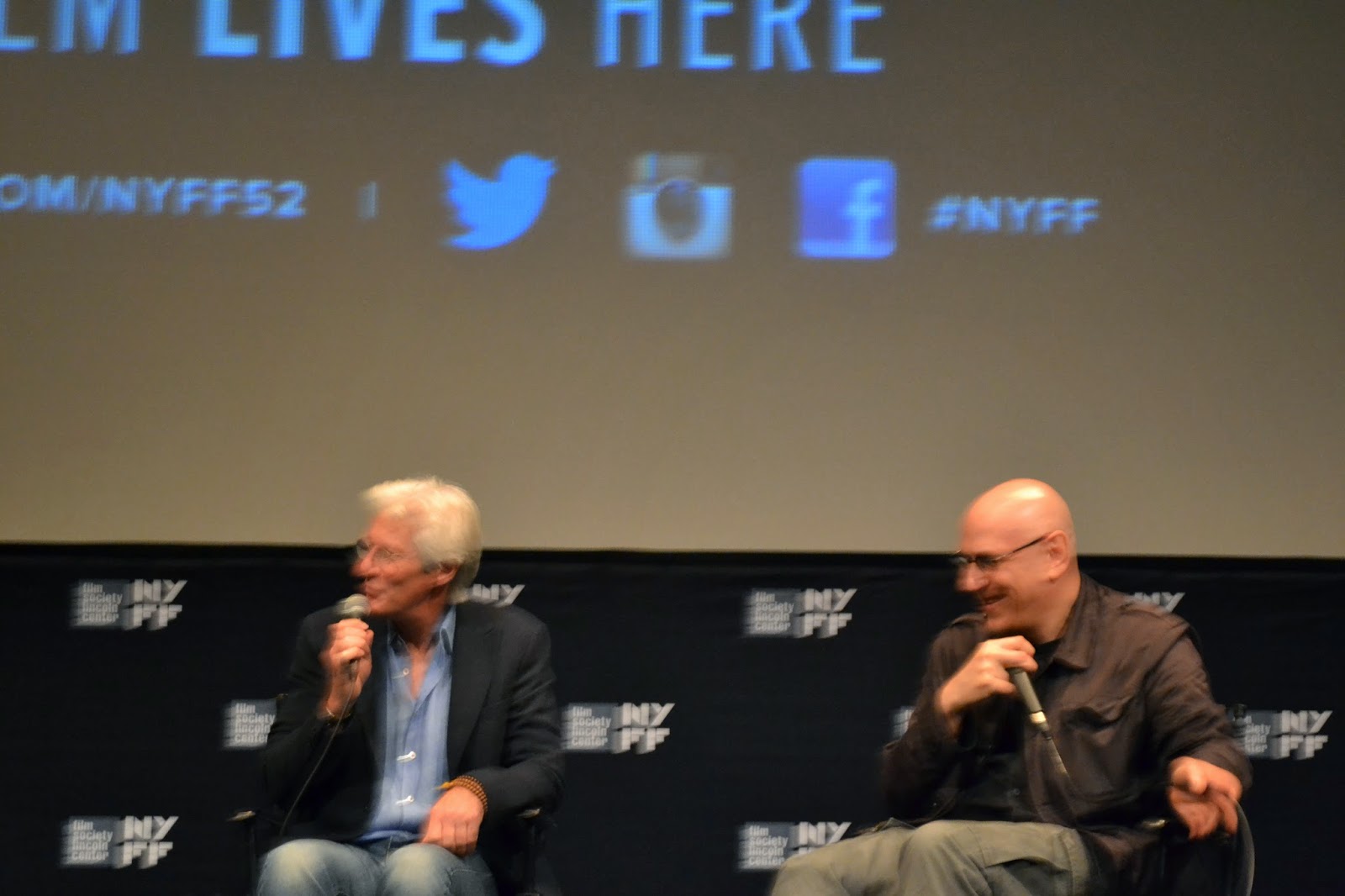 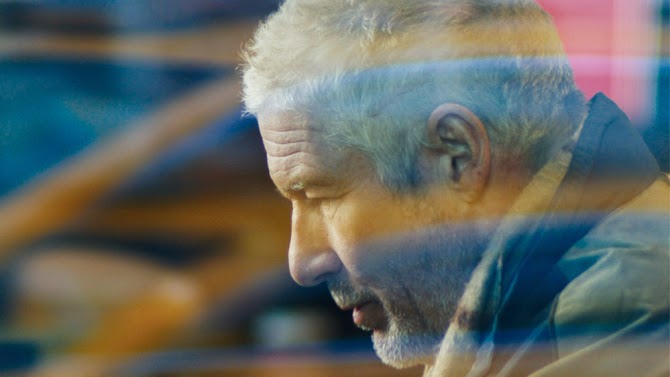 NEW YORK--"Handsome." "Homeless." Only one of those words would be the first thing to come to mind in a word-association test in relation to the actor Richard Gere. However, in Director Oren Moverman's (The Messenger, Rampart)  observational film "Time Out of Mind," the "silver fox" of leading men (The Cotton Club, Pretty Woman, Arbitrage) manages to devolve himself to the status of a befuddled homeless man, whom it takes us almost half the film to learn is George Hammond, a man formerly of some means and a stable family life, who, as the result of an unspecified set of circumstances, finds himself homeless. I found the film troubling to watch and a bit unsettling perhaps because given today's precarious social and economic times, George could be you or me in the blink of an eye.

We meet George, who at this moment is nameless, sleeping in the bathtub of an abandoned apartment somewhere in Manhattan's East Village. The building manager, played by Steve Buscemi (Tv's "Empire Boardwalk") is trying to uproot him, because, apparently, the heretofore abandoned and dilapidated building has been sold to new owners and is in for a facelift and George, along with any other squatters, who may have occupied the premises, have to hat up and head out. George emerges from his fog long enough to protest and vaguely mumble that he's awaiting the return of someone named "Sheila," who we surmise may be his estranged wife, who we later learned has died from cancer. When George arises to stumble his way out, he eventually stands erect and we see him dressed in the remains of what was a formerly a quite nice business suits, and to click open the roller bag extension handle of one of those pieces of hard-bodied Samsonite luggage that road-warrior business store in the overhead bins on business flights. Its a brief glimpse into George's now distant past.

There's quickly another clue. On his way on the road to oblivion, in which he'll be sleeping in subway trains, hustling spare change for cheap beer and a sandwich or wondering where his next warm bed is for the night, he spots a beautiful young girl and her Reggae-looking hip black boyfriend. He follows them through the East Village's storied Tompkin's Square. It quickly becomes evident that this is his estranged daughter, Maggie (Jena Malone), a bartender in a local pub. There are several tense scenes in that pub between the two as the film unfolds and we see George at various stages of devolution. The daughter/George sparring  is sort of a plot touchstone that brings us to the films touching conclusion.

Director Moverman's style of shooting the film with his long-time collaborator, cinematographer Bobby Bukowski has the look and feel of a narrative or documentary, almost bordering on the exhaustive work of Frederick Wiseman. There's good reason for that comparison. The film itself has been in gestation for thirty years, with Gere and Moverman picking up the baton in the past decade. We see Gere looking at life through windows and screens, acting  as if he were struggling to touch the beings inside, but being blocked by an invisible barrier at every turn.

The film immerses the viewer in George's world. Shadowy figures swirl around him as New Yorkers go about their daily business, oblivious to the struggles and inner conflicts he endures. We hear snatches of conversations a the drama of other people's lives play out just outside the range of his peripheral vision. The random sounds are deliberately left in the film, according to director Moverman, in order to heighten its sense of reality. "Every director wants 'clean sound.' We decided to leave all the distracting noise in the film, because the reality is that while George is going through his troubles, other people's real-life dramas are also being played out." The sense of encroachment is everywhere. The sirens, the off-camera arguments between couples. George can't get a good night's sleep in the streets because of all the noise. Selling his good suit and overcoat, he's able to scrape up enough money for a handful of loose cans of beer, that he quaffs down at daybreak in order to drown out the pain of his misery.

The technique of shooting Gere from afar was actually a device employed by Moverman in creating the film.  In a news conference following the press screening for the New York Film Festival, Moverman shared how he got shots of Gere panhandling from afar with a hidden camera from inside a Starbucks almost a block away. The interactions between Gere and the passersby were real and palpable. Most ignored him. A few acknowledged him and some even recognized the star beneath the scruffy exterior. "It was kind of a Rorschach test for people. One was a French tourist, a woman who thought I was really a homeless guy and tried to give me some food.  The other two who recognized me were African American and when they just passed me they went, 'Hey Rich. How you doin' man!?' There was no question about what I was doing or  'Have you fallen on hard times?' and 'What happened to your career?' Just 'Rich, how you doin' man,' and they just continued on their way."

For the most part, people barely looked at him and that is precisely the theme that recurs throughout the film. Gere makes the point several times as the character Geoge. "Nobody sees us. We're invisible," he tells a hyperactive wanderer he befriends in the Bellevue homeless shelter, played with exquisite
high-wire pirouettes by veteran stage and screen mega-star Ben Vereen. "We're cartoon characters," he says, doing robotic moves with Vereen in the middle of the street. The rest of the time, George spends his time drinking or repeating cryptic pharases absent-mindfully. His delirium speaks more to his sense self-loathing and denial  than it does to any real cognitive loss. Oh, about that handsomeness. Reference is made several times in the film and brought home in multiple utterances by a case worker who is screening him prior to admitting him to the homeless shelter. "I'll give you your pass to get a bed tonight if you'll answer my questions, 'handsome," she says, bribing him into cooperation.

George/Gere has a tryst with a homeless woman, who he mistakenly calls Sheila, played with relish by Kyra  Sedgwick. Apparently it was enough to get her attention. The two have a tete-a-tete at a picnic table overlooking the East River, then indulge in a roll in the hay in a knapsack in a back alley. Love among the ruins.


I know, it's hard to imagine Richard Gere as a disheveled homeless person, no matter how much research he does and how much he adorns himself in sack-cloth and ashes, he will always be one of this era's most potent leading men. It's to his credit as both an actor and as a human being, that he is able to immerse himself in a character and give him breath and life and make you want to reach to touch him with empathy. "I think we all have a yearning to be known and be seen," he told the news conference assemblage at Lincoln Center. "I come her and you want to hear what I want to say. But, I'm the same guy that I was on the street, and no one wanted to hear his story. I could see how quickly we can all descend into this scary territory when we're totally cut loose from all our connections to people."

The title for the film is gleaned from a Bob Dylan studio album of the same title. Moverman also cowrote the 2007 Bob Dylan curiosity "I'm Not There," on the set of which Moverman and Gere met. "There was a book, "Land of Lost Souls," by a guy named Cadillac Man, a homeless man. It was a very unschooled autobiography, but it was by someone who was able to communicate his world," Gere explained.  "I knew this was the way it should feel....that point of view.

"What I wanted to convey is the sense of the process being the movie. Going through the bureaucracy is enough plot. You don't need to pump it up. Life itself, without any dramaturgy, is enough."

Unfortunately, "Time Out of Mind," doesn't have a distributor. The film is in its U.S. Premiere at the 52nd New York Film Festival presenting Sunday, October 5 at 6pm at Alice Tully Hall, Lincoln  Center and at 8:45pm Thursday, October 9 with a Q and A with director Oren Moverman and actor Richard Gere. October 8 is "An Evening with Richard Gere" at the Elinor Brunin Munroe Film Center and Alice Tully Hall, as part of the NYFF52 Main Slate. For tickets and information, visit www.filmlinc.com.


Posted by Dwight the Connoisseur at 5:30 PM