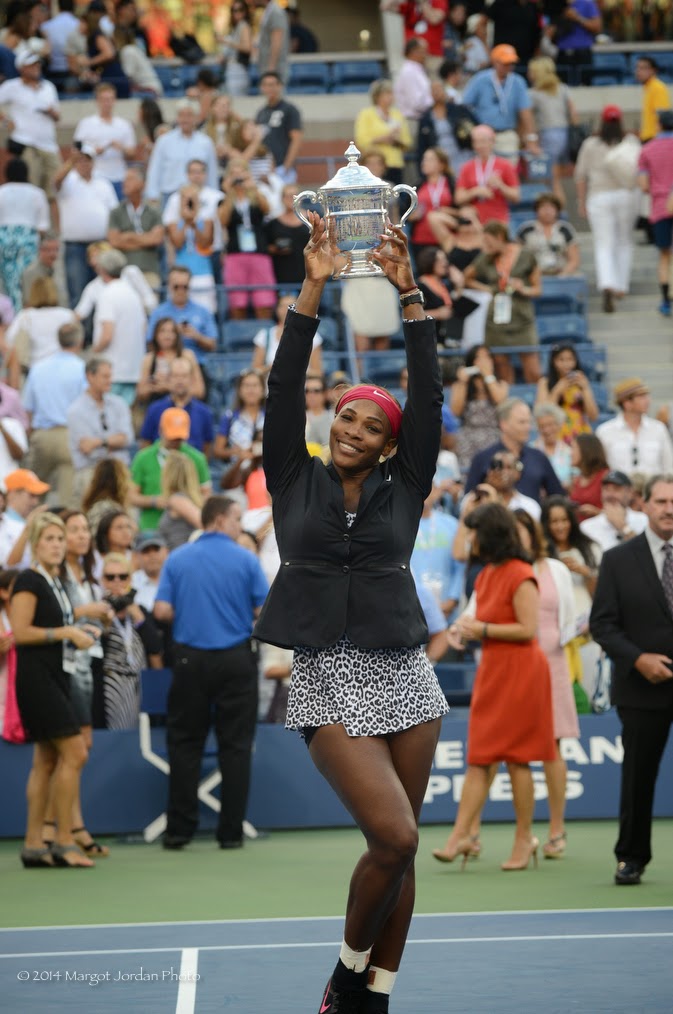 Hoisting the trophy after her historic win 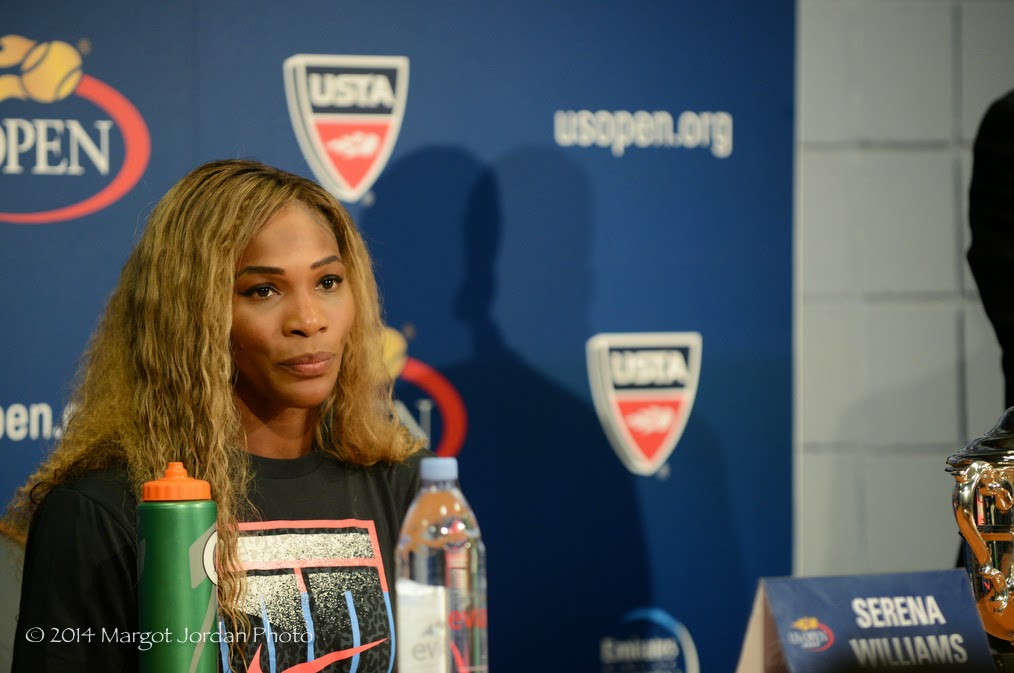