NEW YORK--Directed by the gifted Mariusz Trelinski of the Polish National Opera and conducted by Valery Gergiev, the Metropolitan Opera's Met Live HD series gives and Encore Presentation of its stunning double bill of  Tchaikovsky's Iolanta and Bartok's Bluebeard's Castle in theatres globally this Wednesday, February 18 at 6:30pm local time. The event is a rare ooportunity to see two of the Met's most gifted dramatic sopranos in one sitting and to experience two vastly different, but masterfully realized, productions.

Iolanta is a showcase for the dazzling soprano Anna Netrebko, whose portrayal of the blind, trapped princess Iolanta, is among the highlights of the year, only outdone by her portrayal of Lady Macbeth earlier in the season. Imprisoned physically by the fact that she is blind and emotionally by her domineering father, the King, Iolanta is eventually freed by the power of love in the person of her ardent suitor, the Prince, sung eloquently by tenor Piotr Beczala. The opera, performed mainly in darkness, with a somewhat irritating rotating box as the main set, ends awash in light, with Iolanta regaining her sight and marrying the man of her dreams.

Bluebeard's Castle is a verty different affair. Dark and atmospheric, it recalls the look and feel of the black and white horror films of old. Think Nosferatu. With Nadja Michael as Judith, the doomed bride, blindfolded in a slinky emerald gown and Michael Petrenko as Bluebeard, sporting a single black leather glove in a cage-like torture chamber, one would have thought they had slipped into the screening room for the kinky hit movie 50 Shades of Grey, rather than a Met opera performance. 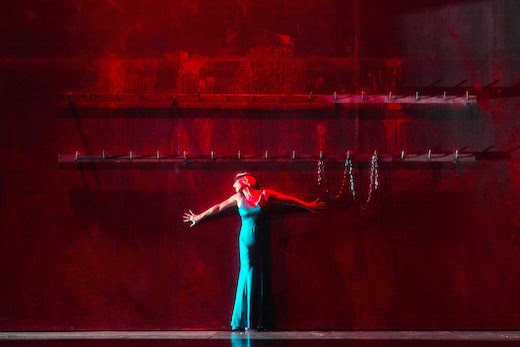 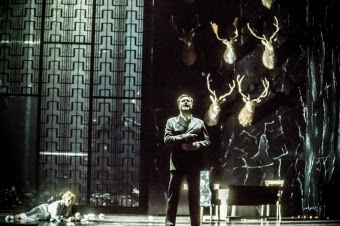 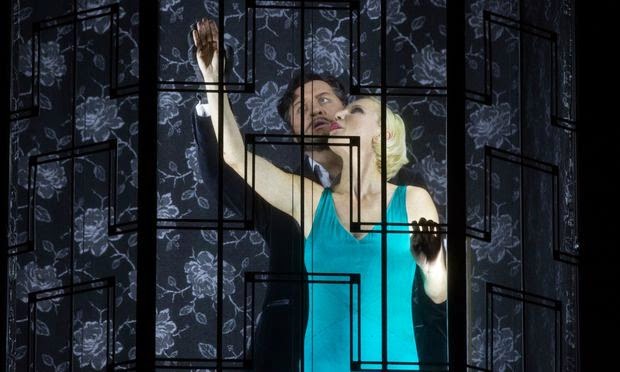 Bartok's shimmering atmospheric music quickly sets you straight. Director Trelinski's use of projected digital images is most effective in creating the chilling, constantly moving kaleidoscope of Bluebeard's horrific doman, which portends the fate of the wary Judith. Nadja Michael manages to deliver a restrained performance, allowing the sense of dread to build without going over the top. At times, she seems both mystified and solidly aware of the true nature of the beast she has married. 'How could anyone be so cruel?' she ponders. The reality comes to a resounding conclusion that leaves both she and the audience in hushed astonishment. Go see it. For information, visit metopera.org or fathomevents.com.


Posted by Dwight the Connoisseur at 7:52 AM