Goodman had a more than 20 year association with August Wilson and is the first theatre in the world to produce all 10 pladys in the "20th Century Cycle." Goodman produced the Chicago premiere of "Two Trains Running" in 1993 and the production is at the heart of the overall celebration. "Two Trains" presents a microcosmic view of the larger civil rights movement. Set in 1969 Pittsburgh in the al-Black Hill District, it reflects the personal aspirations of its everyday residents against the backdrop of the sweepiong goals of the civil rights movement. The local numbers runner, a recently incarcerated petty thief, an upwardly mobile funeral home director, an addled but lovable local ne'r-do-well and a heart of gold waitress who is both emotionally and physically scarred, all gather together in Memphis's (Terry Bellamy) home-cooking diner to gossip about the goings-on in the neighborhood and ponder the impact of the swirling sociological firestorm and its impact on their lives of poverty and hopelessness. It is a heady mix, full of both majesty and misery. Each character has his or her cross to bear and a story to tell; Memphis and his flight from racist opression in the South and his fight against the northern city''s equally oppressive eminent domain laws, Sterling's (Chester Gregory) struggle to repatriate himself into society after being incarcerated for a petty crime (one of the most pressing issues in the black community today, Wolf's (Anthony Irons) daily quest to somehow carve out dignity and self-worth even in his dispicable role as a numbers runner, the pathetic Chaplineque figure of Hambone (Ernest Perry. Jr., who  hopes to redeem his dignity in a dispute over a ham with a local grocer and deli owner and West (A.C. Smith), the bellicos owner of the local funeral home who clings to his own self-absorbed code of fractured business ethics as a shield against the decay and economic injustice around him. Wilson's mastery of ethnic dialogue elevates even the most crass references...particularly the persistent use of the "N" word, to sheer majesty. The lines are almost Shakesperean in their pathos and alliteration.  Memphis's (Terry Bellamy) soliloquy in the second act, in which he decries the  shooting death of a black youth by a white police officer is eerily prophetic and relevant, in light of the current swirl over the Ferguson shooting.

All of the performances are spot on with Chester Gregory as Sterling, Anthony Irons as Wolf, the huystler and Nambi E. Kelly as Risa and Ernest Perry as the lovable, bumbling Hambone, the most endelibe characterizations. "Two Trains Running" is a lovely play, that reminded me of the flowers I used to see growing the cracks of the sidewalks in the rundown Tenderloin district when I lived in San Francisco. Wilson's play proves that hope and aspirations and the healing and enduring power of love can triumph even in the ugliest of surroundings. It is a message that was powerful then, and is even more relevant now. Go see it. In fact, RUN! For rtickets and showtimes visit GoodmanTheatre.org. 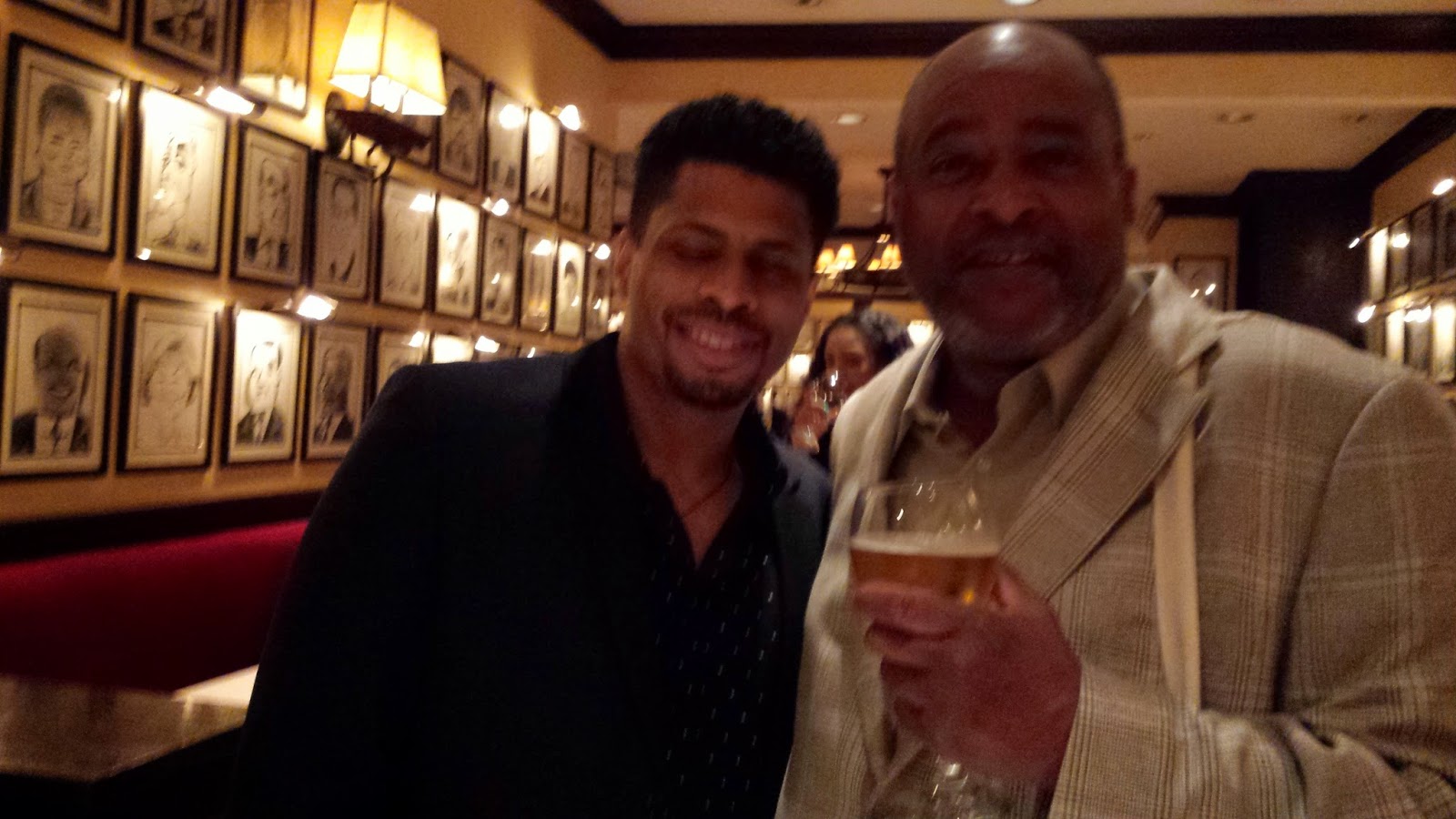 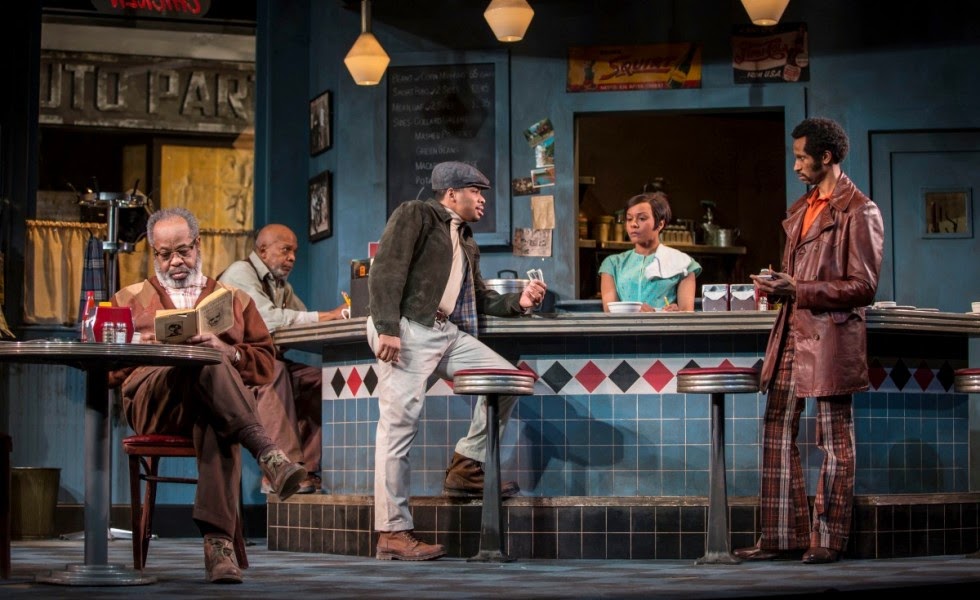 Posted by Dwight the Connoisseur at 4:15 PM