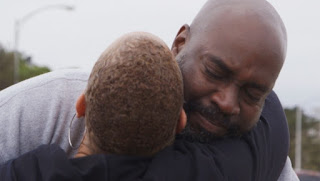 Kenneth Anderson, a returning inmate who is one of the subjects of THE RETURN

Nothing exemplified the unjust laws that disproportionately incarcerate men of color more than California's three-strikes law, which sentenced thousands of non-violent offenders to life in prison for petty crimes. At least 20 states around the country have adopted similar laws, but California's was the harshest, putting thousands of Black and Latino men behind bars for something as minor as a purse snatching or shoplifting food at a convenience store; an echo of the racial caste system under apartheid in South Africa or Jim Crow in America.  In 2012, California voters amended the three-strikes law, to give new hearings to those convicted for non-violent offenses, marking the first time in U.S. history that citizens voted to shorten the sentences of those already incarcerated.

With The Return,  directors Kelly Duane de la Vega and Katie Galloway follow newly released inmates Bilal Chatman and Kenneth Anderson as they struggle to rebuild their lives after years behind bars. 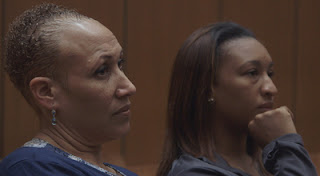 Directors de la Vega and Galloway met while they were students at Berkeley High, a traditional hot-spot of radical thought and activism in the San Francisco Bay Area. Their fathers were both Civll Rights lawyers. Their last feature film, BETTER THIS WORLD told the story of two radicalized Texas friends who became the targets of an anti-terrorism sting operation at the 2008 Republican National Convention.

Even with the support from family and local outreach and rehabilitation programs, the road to repatriation is long and hard for both men. Both ostracized and traumatized by their experience in prison, the film compares their plight to that of returning war veterans and their post-traumatic stress syndrome. The specter of drug addiction and mental illness hangs heavy over these men, and even the healing balm of loving open arms cannot heal them, as is the case with one of the film's subjects. 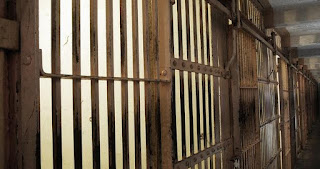 Kenneth Anderson, one of the film's subjects, was sentenced to life in prison for a non-violent drug offense. He was released in March 2013 after the three strikes law was amended.  In the film, we see his ex-wife Monica Grier and four grown children in the courtroom as lawyers argue for his early release. With difficulties finding and keeping a job with the stigma of being an ex con hanging heavily over him, Anderson returns to the streets and the drug life that earlier imprisoned him both literally and figuratively. He now continues to life in a re-entry home with visitation and support from his family.

Bilal Chatman is the undisputed success story of "The Return." A junior college grad how worked in the logistics field, he lost his job in the financial markets crash of the 1980s and descended into the world of crack addiction and crime. He was sentenced to 150 years to life after selling $200 worth of drugs to an undercover police officer. Since his release, he has become a supervisor for a major logistics company with a second with an American sports team and continues to travel and speak, making numerous tv appearances and participating in Congressional panels on behalf of The Return Project. He speaks out frequently on the injustice mass incarceration and its negative impact on communities around the country.

THE RETURN is a difficult film to watch. For myself, I cried repeatedly throughout the film, recalling the fate of many personal acquaintances and family members who were put in jail and had the keys thrown away for petty crimes. Many of them are still fighting their way back to some semblance of normalcy, hindered by the dual stumbling blocks of racial prejudice and criminal history.

THE RETURN is an excellent film, even if it is a bit preachy at times, but, so be it, its one of the few voices out there speaking to one of  the horrors of the American justice system and its institutionalized racism. The film adds faces and voices to the heartbreaking state of a condition that impacts individuals, families and communities that ultimately eats away at the fraying fabric of society. THE RETURN makes all of us face it in an up front and personal way. For that fact alone, the film's creators are to be applauded. For more information on the film and The Return Project, visit their website at thereturnproject.com

Posted by Dwight the Connoisseur at 9:37 AM