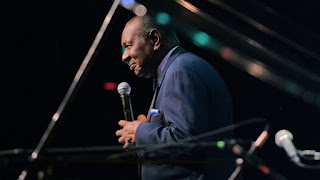 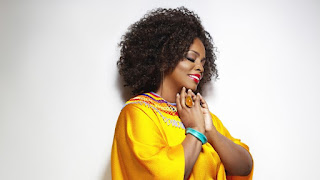 Dianne Reeves appears in concert for two nights this Valentine's Day Weekend at the Rose Theater. Jazz at Lincoln Center

Jazz lovers are in for a special treat this Valentine's Day weekend at Jazz at Lincoln Center, Broadway at 60th, NYC.   Grammy-nominated singer and pianist Freddy Cole leads a stellar ensemble in a special Valentine's Day engagement at Dizzy's Club Coca Cola, Freddy Cole Quintet: Songs for LoversThursday, February 9 through Sunday February 12. Visit jazz.org for time and ticket information. Establishing his career in the shadow of hie internationally famous brother Nat King Cole was a herculean task, but Freddie Cole developed his own unique style and formidable voice. With impeccable style and mastery of phrasing and subtle delivery, he has recorded 20 albums in a career spanning the past two decades, including the Emmy Award-nominated album, Freddy Cole Sings Mr. B, he established himself as what The Huffington Post referred to as "a national treasure" and has launched his own star into the firmament of all-time greats. As if that weren't enough, the reigning jazz diva of our time, Dianne Reeves, brings her Grammy Award-winning artistry to the Rose Theatre at Jazz at Lincoln Center for two nights, Friday, February 10 and Saturday February 11. This makes for the perfect musical pairing for jazz lovers this Valentine's Day Weekend. Dizzy's Club Coca Cola and the Rose Theatre are located at Jazz at Lincoln Center, Broadway and 60th, 5th floor, NYC.
Posted by Dwight the Connoisseur at 11:17 AM