GLORY: A LIFE AMONG LEGENDS, A MEMOIR BY DR. GLORY VAN SCOTT

GLORY: A LIFE AMONG LEGENDS CELEBRATES THE HEROES AND EVENTS OF BLACK HISTORY THROUGH THE EYES OF A GREAT DANCE ARTIST, PLAYWRIGHT  AND EDUCATOR 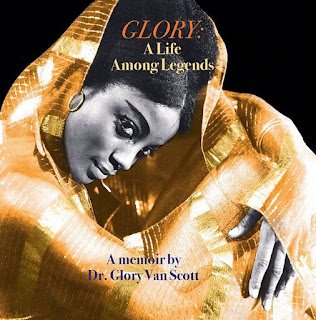 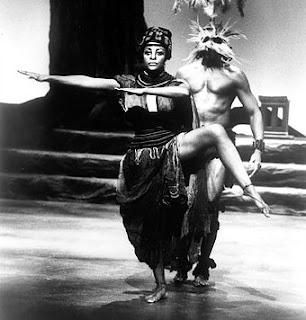 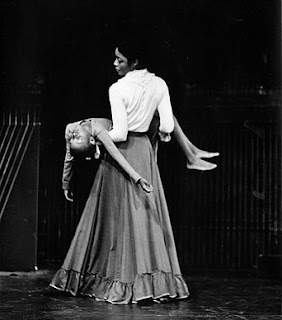 AS MISS TRUTH IN SOJOURNER TRUTH CBS TELEVISION MOVIE IN 1966 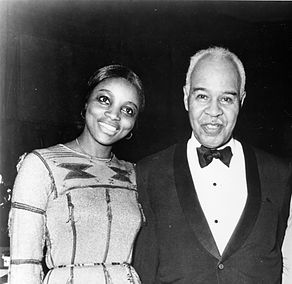 WITH NAACP PRESIDENT ROY WILKINS AT HIS RETIREMENT BANQUET 1977

Glory: A Life Among Legends, a Memoir by Dr. Glory Van Scott is a breezily written account of a life that  witnessed some of the great moments of the recent past. It is also a deeply personal account of an unusual life, someone who was born to a very normal, middle class life in one of the nation's great cities, who went on to not only rub shoulders with the guiding lights of her day, but to make her own mark, in her own unique way. It particularly bears witness to those heroes and heroines who shaped the black cultural and political dynamic of the formative middle years of the past century. Born and raised on Chicago's south side, Dr. Glory Van Scott went on to mingle among a heady milieux of trailblazers who created events and institutions that  became the bedrock of the Black cultural ethos.

Raised by a father who was a prominent doctor and a mother who was a socialite as one of six children, she was exposed early on to the arts. Studying at the Abraham Lincoln Center on Oakwood Boulevard, which remains today a foundation for many aspiring young artists,  she was exposed to drama, speech, creative writing, classical music, and, what would become her lifelong passion, dance. The book recounts how her music teacher, John Green,  instilled in her and her fellow students a love of Mozart, Mendelssohn, Bach and Chopin. One day, Mr. Green brought his good friend, Mr. Paul Robeson, the towering singing,stage and film star and political activist to Abraham Lincoln Center. Imagine the impact of being serenaded by the great Paul Robeson at just six years old!

Dr. Van Scott's activism  was further shaped by the horrifying genocide of Emmett Till, who was her cousin. His brutal murder not only rocked the world and galvanized the Civil Rights Movement,  but it  forged a fire within her soul.  A revealing  family portrait of Till, never before seen, says everything there is to say about this heart rending tragedy.  It is Dr. Van Scott's own poetic words  that immortalize his young spirit and give voice to her resolve:

"I want Jesus, to turn His face to the sun, where beauty and love and humanity abound, so that He can see I did not succumb to the depths of despair and hatred because of Emmett's death....my success in life is my refusal to spew hatred, and that my challenge continues to be to eradicate racial and religious prejudice."

Dr. Van Scott is one of those rare personages who, although not so well known, was a  witness to history. She truly walked among King's, yet kept the common touch, paraphrasing Kipling. The book is filled with rare and never before seen photos of the author with the likes of the great writer Langston Hughes (whose singular musical, Prodigal Son, she premiered in Europe after a calamitously aborted Paris opening, worthy of its own movie), Dr. Ralph Bunche (the first African American awarded the Nobel Peace Prize in 1950 and co-founder of the United Nations), Julia Belafonte (then wife of you-know-who), a young Ben Vereen, William Warfield, the great operatic baritone who starred in the film version of Showboat,  and, of course, her mentor and lifelong muse Katherine Dunham. Dr. Van Scott gives credit to those who helped in guiding her journey in the opening pages of the book. Some, like impresario George Wein, founder of the Newport Jazz Festival, singer and actor Robert Guillame (TVs Benson and the first black Phantom of the Opera onstage!)  are well known, others, such as producer and director Vinnette Carroll, Dunham Principal Dancer Vanoye Aikens, Dunham company director Lenwood Morris, choreographer Tally Beatty,  soprano Mary Louise and Rev. Melony McGant, who encouraged her completion of the book,  have all passed into the firmament of history. Fortunately, they are all given their due in the pages of this lovingly written memoir.

It is Ms. Dunham who had the greatest impact on Dr. Van Scott's early artistic life, and to whom a great deal of the book is referenced. It was with the Katherine Dunham Company that she had her earliest and greatest triumphs. It was also through Dunham and her efforts to produce the Katherine Dunham Gala at Carnegie Hall in January, 1979, with the help of a grant from the National Endowment for the Arts and the able assistance of her beloved friend and mentor George Wein, Founder of the Newport Jazz Festival, that she honed her skills as a producer, subsequently giving a lasting stage presence to the greats of her art form.( Ms. Dunham also received the Albert Schweitzer Music Award that night)

Some of the most touching photographs in the book are of the preparations and rehearsals for the gala, with some of the greatest black dancers of all time performing some of Dunham's signature routines.

(Katherine Dunham's life and career is a book unto itself. She was a product of Chicago, and subsequently Glen Ellyn and Joliet, where she attended Joliet Central High School and formed her first dance company and dance school for young black girls.She was one of the first African American woman to attend the University of Chicago, and began her exploration of Caribbean and African dance as  the basis for a Masters Degree thesis, for a never-completed degree. She became, however, one of the early exponents of a field hat came to be known as social anthroplogy. In 1937, she left the world of academia to pursue what became a meteoric career on the stage and screen on Broadway, in Hollywood and the world. The Library of Congress credits her with creating "the first African American Concert Dance Technique" known as the Katherine Dunham Method, one of the most challenging in all modern dance.

Particularly touching are photos of the great Katherine Dunham preparing Dr. Van Scott to play the part of the Queen in a 1980 CBS Television special entitled Divine Drumbeats. Rites des Passage for Dance In America. "I am the only person aside from Katherine Dunham to dance this part," Dr. Van Scott writes.  Ms. Dunham insisted on personally preparing her protege for the part. A photo of Katherine Dunham gently helping to apply her makeup almost bring tears to your eyes. "She insisted on dressing me. She didn't want anyone else doing that because no one else had ever worn that costume but her. Only her hands had been on it. She painted my face the way she wanted it. It was a moving experience. I cherish it."

Another landmark moment was The Great Gathering Photo taken in the Alvin Ailey Dance Studio in January, 2001, which featured all of the dancers, choreographers, educators, scholars and historians aged 50 and older who were the guiding lights of modern dance. "I would have to say that this was truly the greatest day of my life," according to its producers, Aziza.

You too will cherish every moment that you spend with Glory: A Life Among Legends. It  illuminates a crucial time in Black history from the perspective of someone who witnessed it first hand. This is a rare opportunity to see the seismic cultural changes that occurred from the 1950's, the turbulent '60s and the black identity movement of the 70s and beyond, through the prism of art. It is a powerful testimony that both illuminates and inspires.

Posted by Dwight the Connoisseur at 5:29 PM