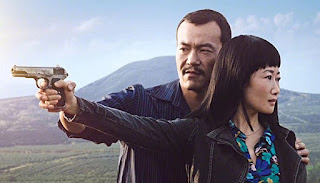 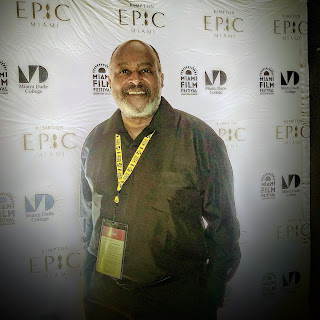 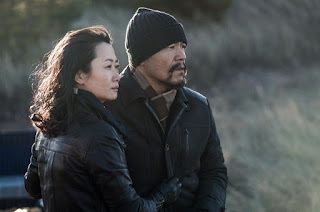 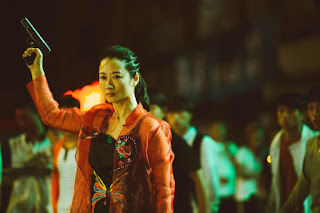 ASH IS PUREST WHITE is Chinese filmmaker Jia Zhang-Ke's latest masterpiece. Often referred to as the Chinese Scorcese, the director's  film is now on screen's everywhere.

For those who follow the autiere, the film represents a compilation of his work, borrowing liberally from  two decades of films (Mountains May Depart, A Touch of Sin)  that have garnered awards and nominations everywhere from Cannes to Chicago.  As in so many of his past films, it stars his real-life leading lady, the luminous Zhao Tao.

Ash is a complicated film that masquerades as a Chinese gangster movie encased in an exploration of shadow boxing interpersonal relations. Stereotypes of women and the complexities of male/female relations are juxtaposed against an equally complex pandora's box of commentary and cliches on modern Chinese life.

Enough with the socio-psycho babble. Ash Is The Purest White is simply an absorbing, beautiful constructed (thanks to the writing and direction of Zhang-Ke and a killer soundtrack with atmospheric music by  Lim Giong, a Taiwanese experimental electronic musician) and artfully filmed tone poem from multiple BAFTA nominee and Cannes Film Festival and Lumier eAward winner, French cinematographer Eric Gautier.

Qiao (Zhao Tao) starts the film as arm candy to local crime boss Guo
Bin (a searing performance by top-notch award-winning Chinese cinema star Liao Fan) who has ambitions of moving up the food chain to become a kingpin. When Bin takes her up in the mountains to show off his illegally gotten gun, you can hear the wheels of the film's plot machine start to turn. Bin reluctantly gets her to take a few target practice shots. Qiao then questions the ethics of it all. She references something she read about dormant volcano like the one off in the distance. She muses that the fiery lava  creates a white ash that is the purest of all things. It is  capable of purifying anything in its path. Even  (by unspoken implication)  their twisted, convoluted lives. Thus the title of the film, and now you already know where this is all going.

Bin and Qiao head into town where they cross paths with a rival gang of young toughs who are hell bent on unseating Bin. (This scene is telegraphed early in the film when a group of young toughs attacks Bin as he's leaving the club. He has them captured by his henchmen, but instead of exacting punishment, shows mercy. The ensuing events give credence to the adage that no good deed goes unpunished!)

Qiao chases them off with the illegal gun, but is quickly arrested.  She takes the rap for her man, telling the cops the gun was actually hers, and goes to jail for five years.

This is where the film takes on legs. Qiao comes out of jail to a world vastly different than it was when she entered. None of the old rules apply. Capitalism has begun to sink its hooked tentacles into everything. The honor code of the old gangs is a thing of the past. It's every man and woman for themselves in a free-floating sea of uncertainty. But Qiao catches on quickly and manages to navigate her way through the maze toward survival with a blend of flattery, chicanery, cajoling and just plain old lying.

Bin is not so fortunate. He's  inflexible, wanting to maintain his swagger, even as his life begins to fall apart. It's fascinating to watch Bin's character deconstruct right before your eyes. It is a master class in fine acting.

The nightclub scene at the start of the film is set in the dawning days of the new millennium. It  is a vivid portrait of the gaudy, overblown past,  Good Fellas camaraderie and excess was at the center of that heady world which Bin strove to dominate.

A Flash Dance scene at the club is later echoed in a street scene upon Qiao's return to civilian life. Only this time, its performed in a decaying public square. No disco lights. No booming karaoke music. My, how things have changed.

There are flashes of violence and long, melancholy scenes in which the characters barely interact. That's part of the beauty of this film. Some of its most resonating moments happen in absolute silence. Such is the power and majesty of Jia Zhang-Ke's Ash Is The Purest White. 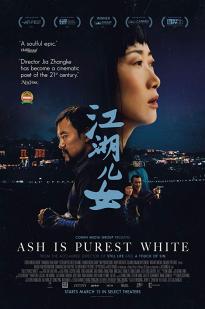 Posted by Dwight the Connoisseur at 6:32 PM