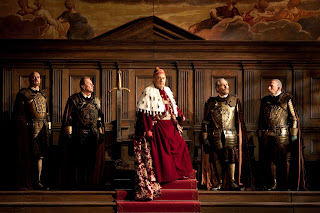 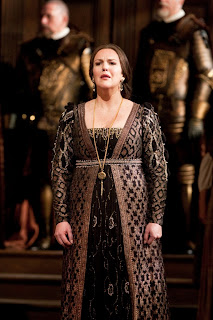 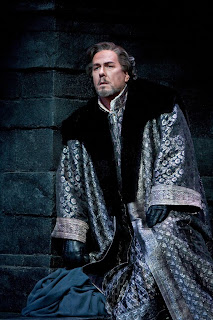 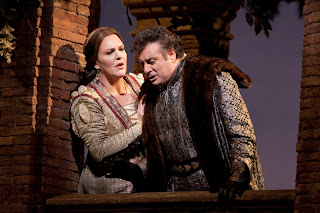 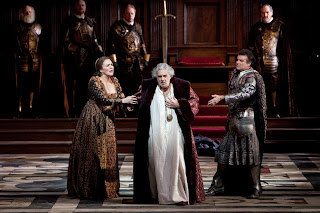 The most cogent thing I can say about the Metropolitan Opera’s recent Live In HD production of Guiseppe Verdi’s Simon Boccanegra starring opera legend Placido Domingo, now celebrating his 40 year Met career is that now would be a good time to secure tickets for the Encore Presentation Wednesday, February 24 at 6:30pm at selected theatres, including Seven Bridges Cinemark in Woodridge.

This is the only opportunity to see what I consider to be a landmark performance by one of the opera world’s greatest and most enduring performers. Conducted by James Levine and with superlative, probing camera work by Award winning Live Camera Director Barbara Willie Sweete, this is by far the most compelling production of the Live In HD season.

Domingo, the last of the famed Three Tenors to still ‘work the boards’ of the operatic stage, is a veritable force of nature. Returning to his ‘roots’ as a baritone, he gives a searing performance that is both vocally and dramatically superlative. In the Prologue, he seemed a bit tentative at the outset, apparently working to sing above a recent cold, but by the end of the twenty-minute act, he had taken full command of his voice and the role of the former pirate, Simon Boccanegra, candidate for leader of the Republic of Genoa.

The opera is filled with beautiful music and terrific singing and acting. The cast is truly All Star and as perfectly matched vocally as you could ever imagine. Tenor Marcello Giordani is Gabriele Adorno, the role that Domingo made famous. “I’m even wearing the same costume,” he proudly told Met Live In HD Backstage Interviewer and Met diva Renee Fleming. Soprano Adrianne Pieczonka is Amelia Grimaldi, the object of his affection and the source of his jealous rage against Boccanegra.

The opera also features Met legend James Morris, best known for his portrayal of Wotan in Wagner’s The Ring. Just one year shy of Domingo’s noteworthy 40-year career at the Met, this production is a rare opportunity to see these two operatic lions performing together.

There is exceptional singing throughout, particularly the duets and ensembles. As written by Verdi, the music is captivating. As sung by the cast of this production, it is sublime.

With Sets that seemed ripped from the corridors of the Sistine Chapel and costumes straight out of the Medici’s closets, conceived by Set and Costume Designer Michael Scott, the opera is as visually stunning as it is dramatically and musically absorbing.

Born in Madrid, Domingo spent most of his early life in Mexico where he studied and sang the Spanish operatic form, Zarzuela, as a baritone. When he went to the Mexican National Opera to audition, he was asked to sight-read arias written for a tenor. His forceful, ringing voice quickly caught the attention of all who heard him and the rest, as they say, is history.

In what has been called his 'final career move', Plácido Domingo announced in January 2007 that in 2009 he would take on one of Verdi's most demanding baritone roles, singing the title role in Simon Boccanegra. The debut performance was at Berlin State Opera, followed by other 29 performances at major opera houses around the world, including the MET.

The Metropolitan Opera paid tribute to Domingo's 40th anniversary with the company with an on-stage gala dinner at the Met's 125th anniversary last March, commemorating his debut in Adriana Lecouvreur as Maurizio opposite Renata Tebaldi in September 1968.

The Encore Presentation of Met Live in HD’s Simon Boccanegra is not to be missed. For tickets and information, visit www.metopera.org.

Posted by Dwight the Connoisseur at 4:41 PM