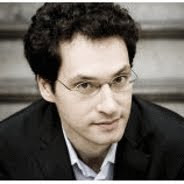 It is rare to hear an established, world-class orchestra become transformed into an entirely different entity, but that’s exactly what happened during the recent subscription concerts of the Chicago Symphony Orchestra featuring Toronto Music Director Peter Oundjian as Guest Conductor. Oundjian is the 'Georg Solti' of Toronto; having led that esteemed body to international prowess through award-winning live recordings and acclaimed international appearances for six seasons. Educated at the Royal College of Music and having served as first violinist to the esteemed Tokyo String Quartet for 14 years, Oundjian brings a unique sensibility to the podium and it resonated throughout the evening's performance. Never have I heard the CSO more alive and its individual members more involved with the music. Each musician watched Ounjian's every move so as not to miss his direction to an elongated phrase or punctuated conclusion.

This attentiveness to detail was evident from the opening bars of Rimsky-Korsakov's Capriccio espagnol, Op.34. It was all sprightly castanets and tambourines, occasionally conjuring up visions of brightly costumed Flamenco dancers undulating around the flickering fire of a gypsy camp. It’s the kind of music you'd hear as the picadors paraded around the bullrings of Seville in all their festive pageantry. There was an exquisite harp solo from principal Sarah Bullen and a ravishing violin solo from Assistant Concertmaster David Taylor who was occupying the First Chair. His playing captured the essence of the Romani spirit!

Wolfgang Mozart's dramatic Piano Concerto No.20 in D Minor with international piano sensation Shai Wosner in his subscription concert debut with the Chicago Symphony Orchestra made the performance memorable. This is one to tell the grandkids about. Its easy to see why this was Mozart's favorite and why Beethoven loved it so much. It has all of the thundering power, drama and suspense associated with the 'Great One', in fact, Beethoven wrote cadenzas for it when he played it in a memorial performance a few years after Mozart's death. Wosner played Beethoven's cadenza's in the first movement and his own in the finale. Wosner, like Oundjian is a devotee of chamber music, soon to collaborate with the conductor's alma mater, the Tokyo Strings. At times, the rapport between pianist, conductor and orchestra achieved the intimacy of a chamber ensemble. Wosner's technique is dazzling, but it never overshadowed the artistry and musicality of the composition at hand. His cross-hand work allowed the notes in the upper register to ring like church bells and the notes in the bass line to roar with thundering clarity. His two handed octave runs were a marvel to behold. There was not a single break in the sustained trills or a dropped note in the lengthy phrases of the cadenzas. Wosner negotiated the fast triplets in the second movement like an Olympic sprinter. Watching his hands move rapidly across the keys of the Steinway was like watching Kobe in a full court press!

Ralph (pronounced RAFE) Vaughn Williams is the 20th Century English composer who is probably the most ignored of all of his contemporaries. Its a shame, because his music is among the most beautiful of the last century. A composition student under Ravel, the rustling buildup from shimmering strings and restless woodwinds is straight out of the elder composer's playbook. There's even a crescendo near the end of his Symphony No.5 in D Major, which concluded the program, that sounds eerily like the one in Ravel's Daphne et Chloe. With his background at the Royal College, its certain that this is a piece for which Maestro Oundjian has an affinity. It shows in his conducting. He enlivened its Hymn-like majesty and brought the piece to a stately ending that seemed more like a Benediction. It has been more than 23 years since this piece has been heard in Symphony Center. Such a pity! Fortunately, the audience heeded the conductor's cue to pause for a moment of silence before the applause to allow the final strains of this beautiful piece to sink in and drift into the cosmos. Russian great Yefim Bronfman brings his thundering piano skills to Symphony Center in Brahm's Piano Concerto No.1 with beloved San Francisco Symphony Music Director Michael Tilson Thomas in his annual turn as guest conductor, Feb.11-13. Bronfman also appears with musicians from the Chicago Symphony Orchestra in a program of Beethoven, Dalbavie and Brahms, Sunday, February 14. For information visit www.cso.org.

Posted by Dwight the Connoisseur at 1:53 AM