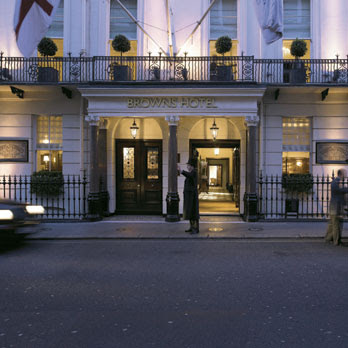 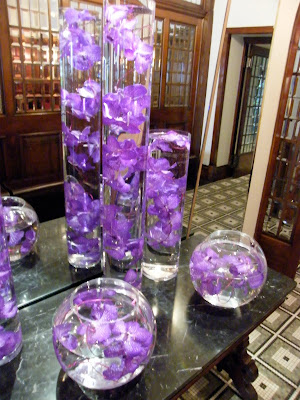 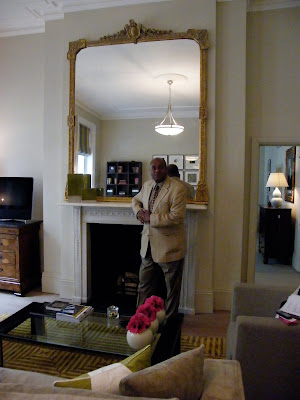 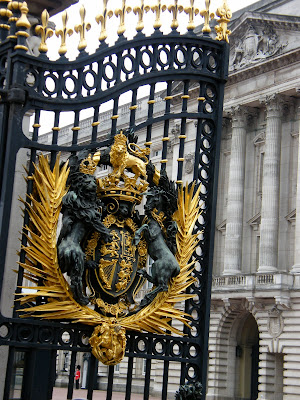 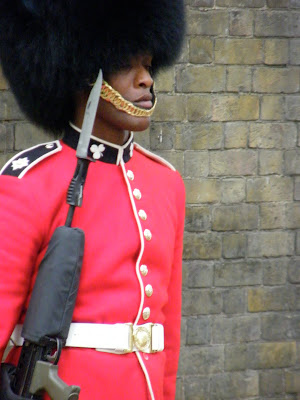 Travel With Dwight The Wine Doctor-London

London is my absolute favorite city. There is no place that has such an air of mystery and excitement. Almost everywhere you walk, you see something that reminds you of its glorious past and at the same time, reminds you that the city is at the cutting edge of Western culture. Music, literature, the arts, food, fashion, all have their nexus there. Standing in Piccadilly Circus or on St. James Street, one becomes instantly aware that they are standing at the heart of the world’s cultural center.

There is no better time to plan a trip to this great city. With summer’s joys now a memory and the kids back in school, now is the time to look forward to a fall or Mid-Winter Holiday in the heart of London. For the culturally minded, London’s theatre, dance and music scene are in full swing. Any city that has five resident symphony orchestras certainly qualifies as a required destination.

Wimbledon and the British Open may have come and gone, but there is no shortage of diversions for the sports enthusiast. The 38th Ryder’ Cup takes place at the Celtic Manor in Newport, South Wales October 1-3. Team Captain Corey Pavin is lining up his top picks and hints that Tiger Woods is still high on his list to make the cut, in spite of poor play on the PGA Tour.

Don’t forget world-famous Harrods and its legendary Winter Sale set once again during December and January. There's no better place to get in the Holiday spirit than London and a shopping spree at Harrods is the ultimate experience!

Brown’s Hotel, in the heart of Central London in Mayfair, is within walking distance to virtually all that London has to offer. It is the quintessential English experience and has been rated the best hotel in London.

History and luxury meet at Brown’s Hotel. The hotel’s back-story reads like a Somerset Maugham novel. James and Sarah Brown, the couple who had been valet and maid to Lord and Lady Byron, founded the hotel in 1837. At the time, it was London’s first hotel where patrons could rent rooms by the night. Prior to that, flats were rented by the month or people would rent rooms at boarding houses or above taverns (remember the movie ‘Tom Jones?). The Browns saw a need for something more.

To say Brown’s Hotel was a hit is an understatement. Queen Victoria dined there occasionally and, over the years, the world’s glitterati and literati found their way to its doorstep, Winston Churchill, Presidents Franklin and Theodore Roosevelt. Agatha Christie found inspiration there for one of her novels, “At Bertram’s Hotel.”

Brown’s Hotel is not without its own place in history. “These are the rooms where Alexander Graham Bell tested one his new inventions, the first electromagnetic telephone .” a hotel spokesperson told me prior to a sumptuous breakfast of smoked salmon and baked shrimp omelet in the English Tea Room, which also offers one of the most famous afternoon teas in all of London. It was voted “Top London Afternoon Tea” by The Tea Guild.

Bell had brought a handmade model of his telephone with him during a whirlwind tour of Europe with his new bride, Mabel Hubbard, turning his year-long honeymoon into a working holiday. While in England, he also demonstrated the device to Queen Victoria at Osbourne Place, her home on the Isle of Wight. She called the device “most extraordinary.”

Brown’s Hotel has been a source of innovation from day one. Besides being London’s first hotel, it was also the first to have it’s own restaurant. When the Ford family bought it in 1859, they modernized the hotel with en suite bathtubs, electric lights and elevators, making it among the first buildings to have those amenities.

Of all the changes at the hotel, the on-site restaurant had the most dramatic social impact. Prior to it’s opening, guests rented individual suites and dined privately. The restaurant became a place to mix and mingle with others of like stature and quickly became a place to see and be seen. It may very well have been the place where the concept behind the word ‘celebrity’ was fashioned.

Browns’ Hotel is composed of a series of interconnected townhouses that are distinct in character. No two suites are the same and each has a distinct décor.

Brown’s Hotel is currently offering a unique opportunity to families to visit London and experience all that the hotel has to offer. It’s called “its A Family Affair” and what better way to treat the family to time together in the heart of London. Must-see attractions such as Buckingham Palace, the Tate Museums, theatres, shopping, Hyde Park and Green Park, are all just steps away. Guests are entitled to use all of the spa facilities, which include complimentary use of the hotel’s fully equipped gymnasium, featuring the latest Technogym cardiovascular equipment. The gym is open 24-hours a day. The Spa is open daily from 9:30am to 8pm and offers guests a wide range of pampering treatments, including a selection of the most coveted advanced health and beauty treatments available, including three private therapy rooms that provide an ideal place to unwind, relax and indulge.

The package also includes a full English Breakfast for two adults and two children. If you’ve never had an English Breakfast, you’re in for a real surprise! The groaning sideboard features everything from a selection of hot and cold cereals to the famous ‘banger’ sausages and a parade of cured meats and smoked fish leading into omelets and other egg dishes, baked mushrooms, parsley potatoes, baked tomatoes, an assortment of cheeses and fruits and every type of tea or juice imaginable and some of the best coffee to be had anywhere with delicious cream, jams and butter and that only in England treasure, ‘clotted cream.’ I think I’ve just talked myself into another visit. I’ll see you there!

Posted by Dwight the Connoisseur at 3:51 AM