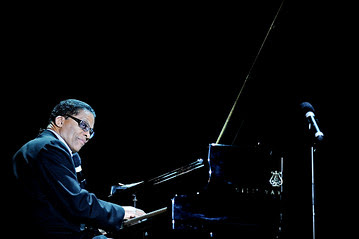 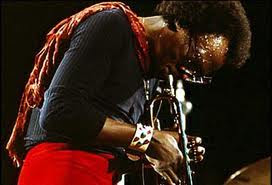 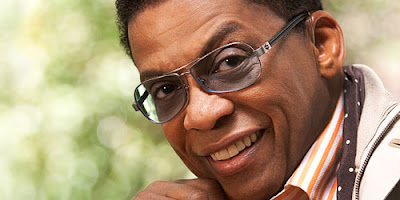 Those who witnessed Jazz at Symphony Center’s Special Concert with pianist Herbie Hancock and “the Imagine Project” watched a genius at work. The Grammy and Oscar-winning pianist, who hails from Chicago’s South Side, began his career as a child prodigy when he played with the Chicago Symphony Orchestra at the tender age of 11. He went on to make music history as a member of the legendary Miles Davis Quintet from the years 1963 through 1968 when he was still in his early 20s. The recordings from that landmark collaboration with Wayne Shorter (tenor sax), Tony Williams (drums) and Davis on trumpet remain some of the seminal moments in Modern Jazz history, resulting in such groundbreaking recordings as ESP, Nefertiti and Sorcerer. Those recordings, in remastered form, remain to this day some of the most purchased albums in jazz history. Following his stint with Davis, he went on to a brilliant solo career, conquering, not only the concert stage, but the worlds of television and film as well, culminating in his Oscar-winning score for the film “ ‘Round Midnight”, in which he also played a pivotal role as an actor.

The Imagine Project is a “compilation in motion” of his wide-ranging career and includes musicians from 11 countries who speak 7 languages. On this night, the aggregation was a sextet, including guitarist Lionel Loueke from Benin, Africa, bassist Pino Palladino from Wales. Vocalist/violinist Kristina Train from Savannah, Georgia by way of New York City; drummer Vinnie Colaiuta from L.A. by way of Pennsylvania and fellow pianist and vocalist Greg Phillinganes from Detroit. A cadre of absent members, a drum troupe and singers from Central Africa and a quartet of guitarists from Northern Africa whom Hancock described as “dudes in long, flowing robes, Arab headdress who ride camels and play like James Brown”, joined the group via computer hard-drive audio tracks.

After some preliminary warm-up solos from drummer Claiuta and guitarist Loueke, Hancock strode casually on stage to thunderous applause and got things moving with his upbeat “Cantaloupe Island.”

At 70 years old, Hancock remains a protean force on the keyboard. His fluid melodic line and lyrical improvisation defy the basic laws of harmonic gravity.He, at times, shifts effortlessly between Chopin-like fingerings and hard-bop chord configurations and then glides into rock and soul exclamations that elicit rhythmic hand-clapping from the audience, making them part of the musical ensemble. His sense of timing is impeccable, knowing just when to hold back to allow the thundering Elvin Jones-inspired drum lines of Colaiuta to ring through or the tantalizing guitar riffs of Loueke to dance off the loudspeakers.

At one inspired moment, Hancock reached for a guitar-like keyboard contraption, called the Keytar, and began playing it while striding across the stage like a Rock Star. Some imaginative interplay between he and the guitarist added further spice.

The most poignant moment of the evening came when vocalist Train launched into the John Lennon classic “Imagine”, which is a musical touchstone for Hancock’s current project. Train, with her rich, lyrical contralto voice, hovered somewhere between the heartfelt soulfulness of Angela Bofill and the bright lyricism of Phoebe Snow. She combined that with a touch of the jazz sensibility of frequent Hancock collaborator and close friend Joni Mitchell. The accompanying recorded tracks of Hancock’s African collaborators made for a spine-chilling finale to the moving song.

Hancock then began playing some classically inspired musings on the piano that made me begin to stir in my seat until the notes began to weave a tapestry that revealed the beginning strains of his mega-hit “Maiden Voyage.”

Another tune that spoke volumes about the thinking behind “The Imagine Project” was Peter Gabriel’s composition “Don’t Give Up’ (which Gabriel sang at South African President Nelson Mandela’s 70th birthday tribute at Wembley Stadium in London), sung with the fervor of a spiritual by Train. The added vocal tracks from an African chorus, singing in the South African Xhosa ‘click’ language, brought the song to a hushed conclusion that bordered on reverence.

Hancock obliged the audience with a somewhat off-tempo version of “Watermelon Man” that didn’t quite fill the bill for me. Sometimes things just can’t be made different for the sake of difference.

Things quickly got back on track with a delightful intermingling of the West African band Tinariwen’s “Tamitant Tilay” interspersed with Bob Marley’s “Exodus”.

Hancock then introduced Train again to sing a ravishing solo of Sam Cooke’s “A Change Is Gonna Come”, which Hancock explained was inspired by Bob Dylan’s “The Times They Are A’ Changin'.” Hancock also pointed out that Cook’s murder shortly before the song’s release made it an eerie prophecy of his impending doom. Things brightened once again with the funky “Chameleon” with a few audience members rising from their seats to clap and dance in time to the music.

I have some Cuban friends in Miami who practice the Shango religion of West Africa. At family feasts, they routinely set an empty ‘place’ at the table for their ancestors. There were several empty seats at the rear of the hall on this concert night. I wonder if Hancock reserved a few of them for his musical forebears, Miles, Monk and 'Trane. Their spirits were certainly evident during this magical performance.

Posted by Dwight the Connoisseur at 6:18 AM