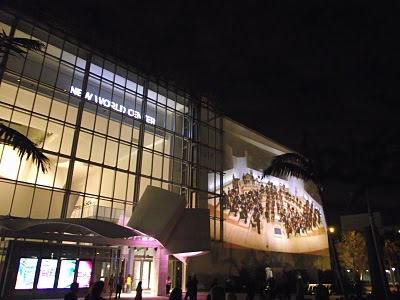 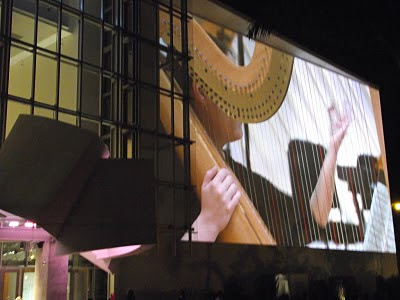 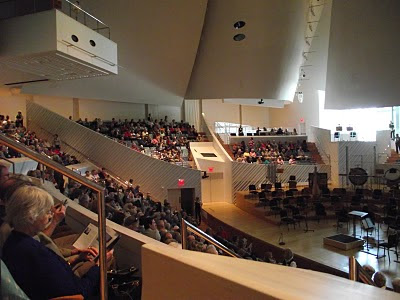 
Story and photos by Dwight Casimere

MIAMI BEACH-George Sand and Marcel Proust would have felt right at home, although a bit visually bedazzled, had they time-traveled to this emerald city’s Frank Gehry –designed New World Symphony Center. The massive billowy sailed concert hall had been scaled down to an intimate French salon for an afternoon of chamber music featuring the music of three diverse, forward-thinking French composers who made their mark over the last two centuries.

The works explored the musings of Francis Poulenc and his Sextet for Piano and Winds (1832-39), Chicago Symphony Orchestra Conductor Emeritus Pierre Boulez’s Derive (1984) and Memoriale (1985) and Ernest Chausson’s probative Quartet in A major for Piano and Strings, Op. 30 (1897) with the Promethean Canadian pianist Stewart Goodyear at the helm of an ensemble featuring the New World’s Crème de la Crème of stringed instrument players.

France in the 1920s was the entertainment nexus of the world. Josephine Baker was a household name. This electrifying black American singer and dancer led a wave of black expatriate artists to the City of Light, many of the hailing from the speakeasies and dance halls of Harlem and New Orlean’s French Quarter. New music and new art sprang up in every corner. A new world order of artistic expression had waged war on the prim and proper Victorian era that preceded it. Jazz became the vernacular of musicians such as Sidney Bechet, Django Reinhardt and Darius Milhaud. Cubism and Modernism with Picasso and Cezanne at the forefront, began to deconstruct the art world and Paris and its Latin Quarter became the expatriate home to a new age of literary voices, including the African American writers Langston Hughes and later, James Baldwin. A cultural war was being waged in the City of Light and Montmartre was its beachhead.

Enter Francis Poulenc, leader of a rising tide of French composers known as “Les Six.” Poulenc was a terrific pianist and a prolific composer with a penchant for experimentation. The NWS sextet, with its most expressive voices residing in Clint Foreman on flute and Marnie Hauschildt on piano, captured the composer’s restless mood and chattering excitement.

Pierre Boulez remains as one of the most controversial voices in modern music, even at 85 years old. His Derive (1984) and Memoriale (1985) are shining examples of his explorations into atonality and minimalism and the young musicians of the NWS approached them with eloquence.

“Canadian Cannonball” Stewart Goodyear reigned in his considerable Niagran force on the piano to produced a restrained and pensive performance of Ernest Chausson’s Quartet in A major for Piano and Strings. With Karla Donehew-Perez playing an emotionally soaring violin at the forefront of a stellar quartet including Lotem Beider, viola and David Meyer, cello, the performers transcended the notes on the page to produce a performance of unbridled emotion. Their measured approach achieved a climax that smoldered with emotional intensity. Only the amber glow of lights along the River Seine could rival the warm afterglow felt by the audience as the music echoed into silence.

In the weeks ahead, the New World Symphony and Music Director Michael Tilson Thomas will explore the music of Tchaikovsky (Feb 19-20) and host a Special Presentation, NWS WALLCASTtm: Concerto Showcase, Saturday, March 5 at 7:30pm that is free to the public in Miami Beach Soundscape on the lawn of the New World Symphony Center. It’s worth a trip to South Beach for the experience. For information, visit www.nws.edu.

Posted by Dwight the Connoisseur at 3:53 AM