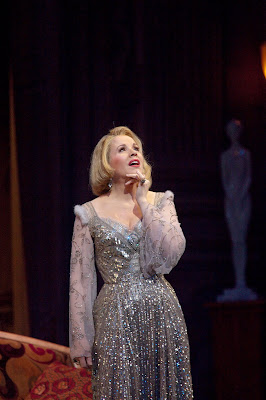 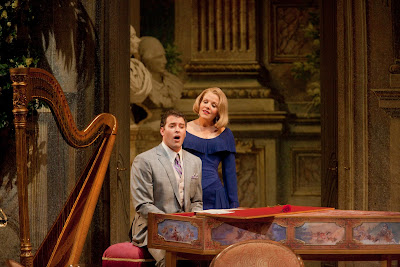 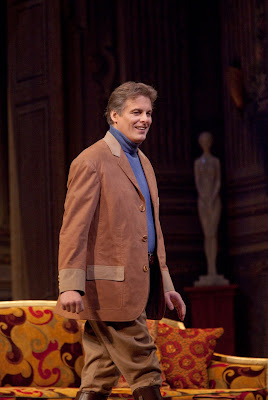 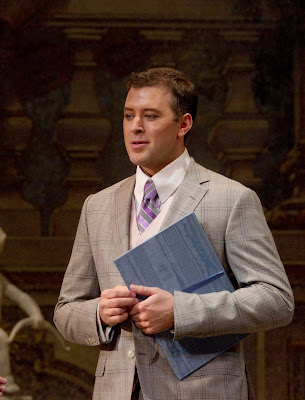 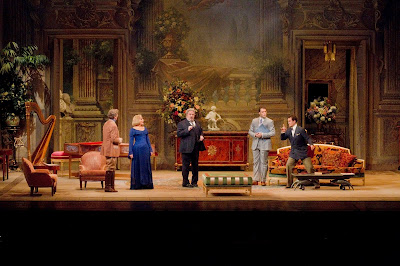 Encore: Met Live in HD Presents Strauss’s Capriccio May 11 with

This was la Fleming’s first full performance of the opera at the Met. She last did the final scene for the opening-night gala of the Met’s 2008-2009 season. In the April 23rd Live in HD presentation transmitted live from the Metropolitan Opera in Lincoln Center, her fluid, elegant movements and commanding voice heightened the underlying theme of whether the words or the music were the most important part of musical drama. The quandary occupies the central theme of Strauss’s opera, which he aptly termed “a conversation piece for music.”

Sir Andrew Davis, Music Director of Chicago’s Lyric Opera, did a sterling job as guest conductor. His sense of timing and balance captured the chamber music feeling of the dominant scenes, while artful segueing to Strauss’s more showy full orchestrations without missing a beat. This was Strauss’s final opera and Davis imbued his performance of it with the all the reverence it deserved.

Capriccio is a showcase for singers and the Met cast for this production was exemplary. Tenor Joseph Kaiser lent both vocal power and tongue-n-cheek humor to the role of the composer Flamand, who sang with glowing ardor of the primacy of music, while simultaneously wooing the Countess. By contrast, Canadian/German baritone Russell Braun presented a more reserved performance as the poet Olivier, who complained that the composer Flamand’s music drowned out the subtle meaning of his words. Morten Frank Larsen, in his Met debut, was engaging as the Count. English bass Peter Rose as the director La Roche, seemed to act as Strauss’s ‘voice’ in the opera, making the case that both words and music are essential elements in the creation of opera.

Sarah Connolly as Clairon and Bernard Fitch as the prompter, Monsieur Taupe, provided a comedic lift to the opera with their robust singing and excellent sense of timing.

Capriccio is truly an ensemble piece, but it is Fleming, as the widowed Countess, who shines throughout. In a pre-performance backstage interview, Fleming spoke of her love of Strauss and his operas and the central theme, which examined the true nature of art and opera. Written by Strauss during the height of the turmoil of the Third Reich in his native Germany, Fleming mused, “Who knows what was going through his mind at the time, with everything just falling apart around him. But he was able to rise above it to write this thoroughly engaging exploration of art and music.”

This was Strauss’s final opera and perhaps, his best. It certainly exemplifies everything that he stood for in music and is the ultimate and lasting declaration of his love of the art of opera. Both the Met’s production and Fleming’s artistry lovingly present his vision. The Encore Presentation, Wednesday, May 11 at 6:30pm local time in theatres around the country is a terrific opportunity to see this marvelous production. For tickets and information, visit www.fathomevents.com or www.metopera.org.

Posted by Dwight the Connoisseur at 9:35 AM