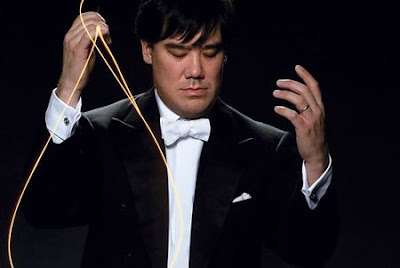 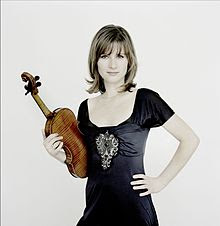 New York—When Bela Bartok wrote his monumental Violin Concerto No. 2, during the years 1937-38, FDR was starting his second term in the White House. The Royal Wedding buzz on everyone’s lips concerned the Duke of Windsor, who threw away the crown to marry a commoner, Wallace Simpson. Wimbledon was broadcast on TV for the first time, to all of about 3 television sets that existed at the time and the U.S. looked with bemused detachment at Hitler’s advance into neighboring Austria as China decided they’d like to go out for sushi lunch by invading Japan.

Bartok wrote his Violin Concerto No. 2 as a special commission for his friend, virtuoso violinist Zoltan Szekely. To call it difficult and complex is an understatement. Young Georgian soloist Lisa Batiashvili played it as if it had been written expressly for her and dispatched its most difficult passages with ease. Besides being technically proficient, she invested the music with a lyricism and passion that revealed a deeper understanding of the composer’s intentions.

New York Philharmonic Music Director Alan Gilbert has a special affinity for Bartok and a particular love of the performance capabilities of Batiashvili. She is a beloved guest soloist with the Philharmonic. This was evident in the way in which Maestro Gilbert approached the piece from the podium, giving the soloist plenty of time and breathing room to launch her long, fluid lines by couching them in an unhurried, but well-constructed, musical framework.

Batiashvili preserved the folk-like melodies and tempos in Bartok’s many thematic variations. In spite of the work’s inherent pitfalls, she seemed quite at home with it. She was incredibly natural and unpretentious throughout. The warm, expressive tone from her Engleman Stradivarius drew the listener in, making the vast space of Avery Fisher Hall seem suddenly intimate.

Beethoven’s Symphony No. 3, “Eroica” is one of the New York Philharmonic’s signature pieces. Rather than trotting it out as a “War Horse,” Maestro Gilbert conducted it with a freshness and vitality that made the music come alive. He approached the score in the present tense, making new discoveries of tonality and thematic material., bringing out the “inner voices” of the work by allowing them to effervesce to the surface.

Beethoven’s writing is possessed with true genius. Even the simplest, single note passages are fraught with meaning. Gilbert knows this fact well, allowing the silent spaces to speak as thunderously as suspense-filled themes. He fashioned the final bars into a stunning crescendo. It elicited an ovation that was as much an acknowledgment of the orchestra’s great performance as it was of the shared experience of triumph after reaching a great height as the result of a heroic effort. How apropos!

Posted by Dwight the Connoisseur at 2:51 PM