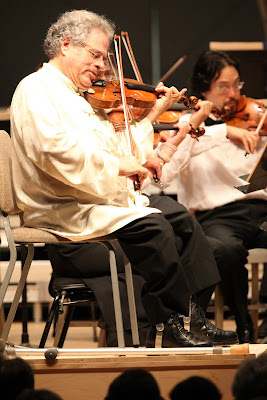 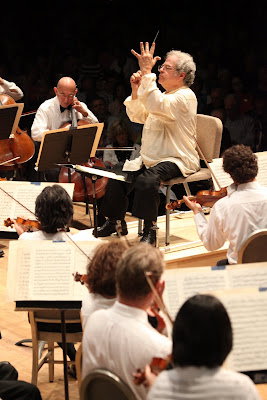 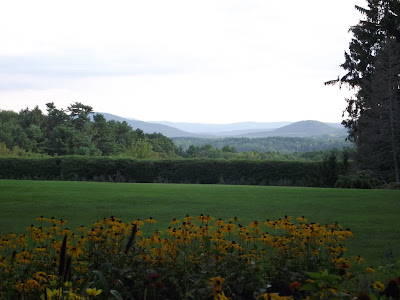 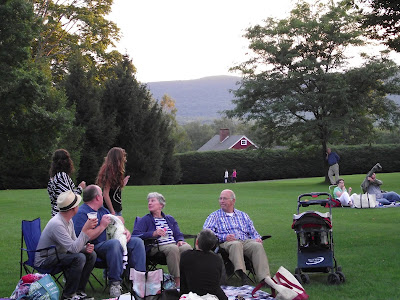 The view from the Tanglewood Koussevitzky Music Shed

Picnicking on the Tanglewood green

The Berkshires, Lenox, Mass.—The ovation was thunderous as violin master Itzhak Perlman strode heroically onstage in the Koussevitzky Music Shed for an All Beethoven Program that would turn out to be the season finale for the Boston Symphony Orchestra’s summer residency at Tanglewood.

From the opening strains of Beethoven’s Romance No. 1 in G, which Perlman conducted from the soloist’s chair, it was a performance by an artist totally at one with both his instrument and the music. His violin sang with an almost human voice, his facial expressions reflecting the sheer rapture of the moment.

Romance No. 2 proved to be the more lyrical of the two pieces. The purpose behind Beethoven’s reason for the composing the two Romances remains an historical mystery. It was clear that if he had been prescient enough to foresee Mr. Perlman’s performance on this night, that would have been reason enough!

This was only his second appearance as guest conductor with the BSO at Tanglewood as both soloist and maestro, but Mr. Perlman quickly made himself at home. It took a few moments for Perlman to situate himself in the conductor’s chair at the podium for his conducting of Beethoven’s Symphony No. 1 in C, but the bit of discomfort was worth the wait. The audience was richly rewarded with a performance that certainly captured what premiere audiences must have heard in 1800 Vienna. Perlman and the BSO captured the freshness of Beethoven’s youthful voice. This was the opening salvo of a thunderous voice that would echo through the ages.

That promise is completely realized in Beethoven’s monumental Symphony No. 5. Here, Mr. Perlman chose restraint rather than bombastic showmanship to allow the contrapuntal themes of the final movement to unfold and reveal their true heroic character. Perlman captured the urgent sense of struggle of a voice, perhaps misheard by many, finally asserting itself and making a declaration of self-worth for all to hear. This is truly Beethoven’s “Eroica,” which Perlman, by example, has also made his own.

Posted by Dwight the Connoisseur at 7:01 AM