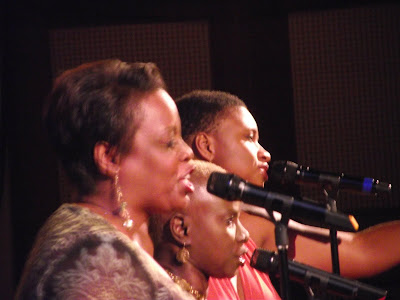 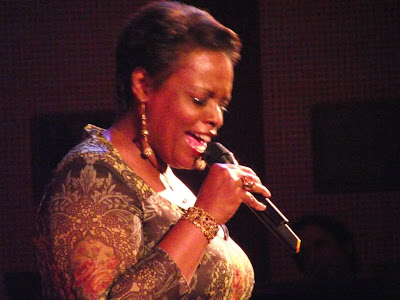 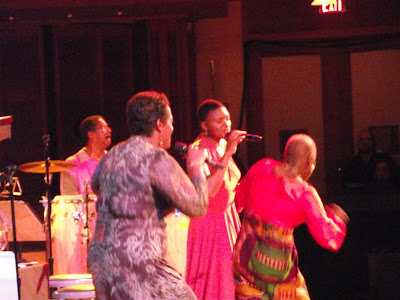 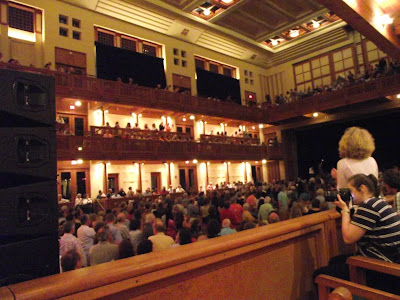 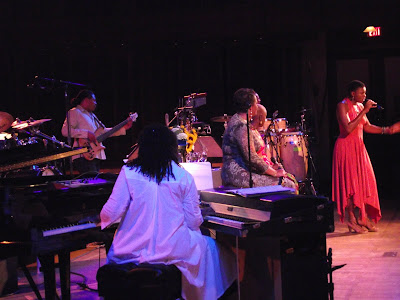 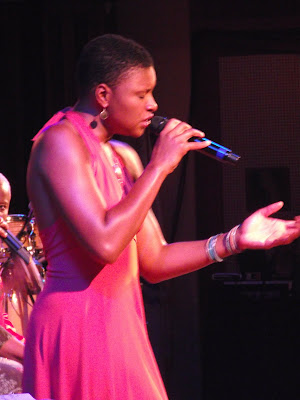 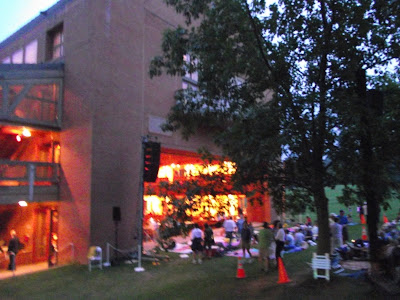 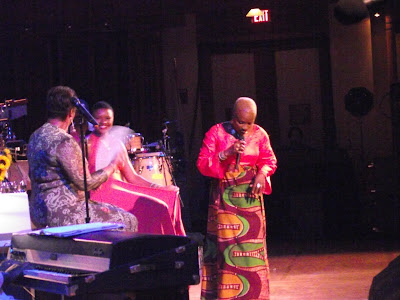 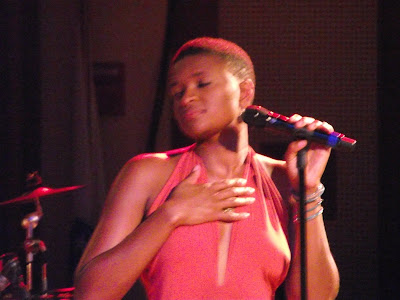 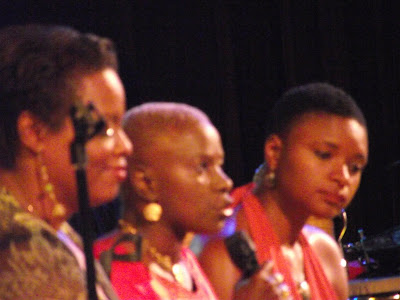 Tanglewood, Lenox, Mass.—A hurricane of black female musical power roared through the forest at Tanglewood, that made the previous week’s storms caused by Irene seem like a gentle breeze. Sing The Truth! A musical review and tribute to 50 years of female musical perseverance featured a diverse trio of singing stars, which spanned musical genres, continents and generations. Dianne Reeves, Angelique Kidjo and Lizz Wright separately and collectively showcased a half-century of pioneering women singers and songwriters from Nina Simone, Abbey Lincoln and Mahalia Jackson to Carole King, Joni Mitchell, Traci Chapman and Odetta. The concert served as the finale to a stellar Tanglewood Jazz Festival.

At times a well choreographed review, at others, an impromptu shout and response reminiscent of a Gospel revival or the fervent dancing of an African tribal ritual flamed by pulsating drum rhythms and haunting chants, Sing The Truth! shook branches from the towering trees and uprooted the audience from their seats in Seiji Ozawa hall as if swept up by a hurricane.

The three artists could not have been more divergent, yet more united in their endeavor. Angelique Kidjo is a high priestess of the Afrobeat movement and a direct musical descendent of South African revolutionary matriarch Miriam Makeba. Lizz Wright, both chronologically and musically, the ‘little sister’ of the group, has strong ties to R & B and gospel from her roots in rural Georgia. Dianne Reeves is the polished diva, the heiress apparent to the great jazz legend Sarah Vaughan with the vocal richness of opera’s Leontyne Price thrown into her rich vocal arsenal. African-born Kidjo is a whirlwind of primal strength. Wright is a caramel-coated confection served in a velvet lounge of delight. Reeves is a Westminster organ with a sound that reverberates across rivers, and mountains with a piercing crescendo capable of ringing bells in distant steeples. It’s a good thing the exterior walls of Ozawa Hall are virtually open to the elements. There are few enclosed spaces that could harbor this much combined energy!

Angelique Kidjo electrified the crowd, dancing through the audience on the Makeba classic Pata Pata. Wright used her mocha café voice to good advantage on Mahalia Jackson’s How I Got Over and Dianne Reeves really carried the show, turning almost everything she sang into an anthem of praise to those women artists who paved the way for her artistic ascendancy.

While Kidjo’s performance added some much-needed verve to the show, her monologue on the color blind society seemed like so much preaching to the choir and a waste of valuable show time since so many in the audience are already long-time supporters of liberal causes. They might have been better served by a rendition of Abbey’s “Throw It Away,” or Miriam’s “Malaika,” (My Angel), a Swahili song Makeba learned upon her return to Africa after many years of political exile in America.

Add to the vocal fireworks a superb instrumental ensemble, headed by keyboard artist, composer and arranger Geri Allen, Brazilian guitar master Romero Lubambo, the aptly-named lyrical bassist extraordinaire James Genus, African/Brazilian percussionist Munyungo Jackson and the dynamic drummer and Music Director Terri Lyne Carrington, and you have an experience that speaks to the universe and the ages.

The words and the music echoed far into the night and remained in memory for days after. Sing The Truth! has the ring of social truth as written by the greatest female musical sages of our time.

Posted by Dwight the Connoisseur at 3:11 PM