NEW YORK--American Ballet Theatre's remounting of Sir Kenneth MacMillan's inspiring production of the Ballet in Three Acts, Romeo and Juliet, is a monumental achievement, that takes dramatic ballet to its highest level.  Choreography by Sir Kenneth, scenery and costumes by Nicholas Georgiadis, a frequent collaborator with MacMillian at The Royal Ballet, lighting by Thomas Skelton, and a brilliant score by Sergei Prokofiev, make this a must-see for balletomanes.

Herman Cornejo is an appropriately guileless and effusive Romeo, who pursues Juliet, danced by a vibrant Xiomara Reyes, with youthful abandon. He is unmindful of the inherent dangers, considering the bad blood between his family, the Montagues, and her family, the Capulets, but such is both the glory and tragedy of youth.

This massive production, with its beautiful costumes, that evoke the time period of William Shakespeare's story, while still allowing for an eye-pleasing ease of movement on the part of the dancers, and opulent, but not overdone,  sets, permits plenty of breathing room for the dancers to imbue their characters with emotional power.

Cornejo and Reyes are a joy to watch in their duets. The partnering is superb. Cornejo executes lifts and cantilevered moves with Reyes that would send a normal person to the emergency room. Yet, he does it with such ease, that one move flows directly into another. Reyes, with her extraordinarily supple body, executes eye-popping backbends and heart-stopping leaps. Her subtle emotion in the famous balcony scene and her ability to build dramatically to the final, tragic scene, displays not only her superior dancing chops, but superlative acting ability as well.

For the rest of the cast, Arron Scott's Mercutio, enacted an engaging 'Dance of Death' in the fight scene at the Festival that was at once comic and tragic. Patrick Ogle's Tybalt, was appropriately mercenary, displaying a brief vulnerability with his fleeting plea for mercy as Romeo exacted revenge for Mercutio's murder.

The scene's with Friar Laurence (Alexei Agoudine), were particularly poignant, and provided the grounding gravitas so central to William Shakespeare's story of tragic, star-crossed love. The backdrop to Friar Lawrence's cell, with its Orthodox images rendered in Miro-styled modernism, framed the story in a deeper aura of tragedy, steamrolled by religiously ordained destiny. Juliet's suicide at the crypt is a shocking moment, delivered with uncompromising raw emotion by Reyes. Her deft acting and superlative dancing elevated this oft-performed ballet in a now, nearly 50 year old production, to the level of a once-in-a-lifetime experience. 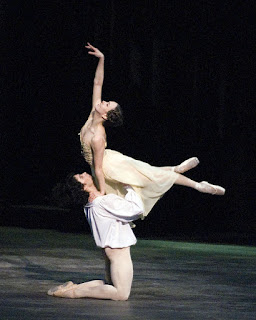 Herman Corenejo and Xiomara Reyes as Romeo and Juliet 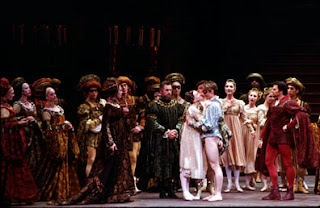 The Festival Scene at the Verona Market Place 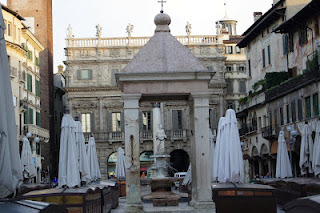 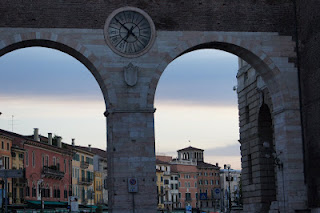 Inside the walled city of Old Verona 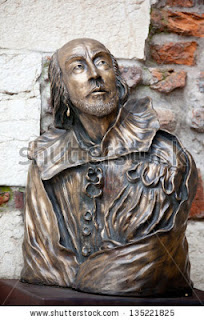 The statue of William Shakespeare at Verona Gate 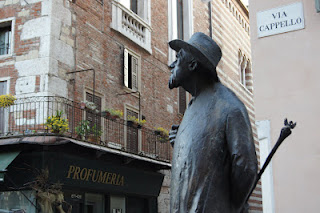 The street leading to Juliet's Balcony 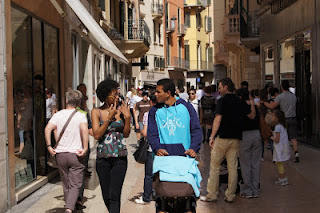 The denizens of the the Verona Market Place today 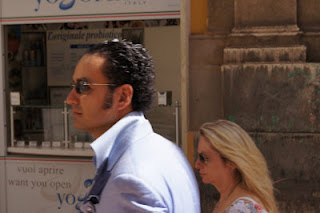 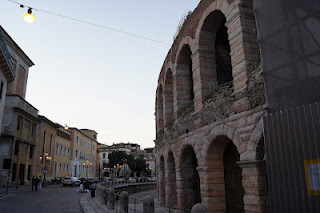 The ancient Arena in the heart of Old Verona 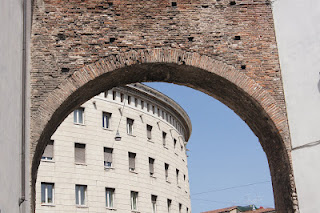 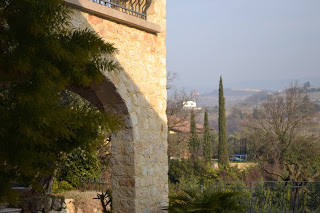 The vineyards in the hills surrounding Verona 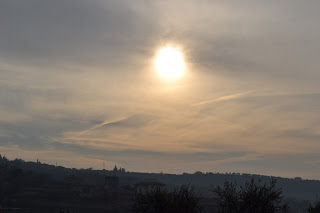 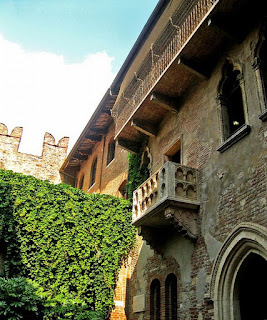 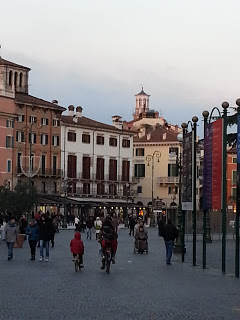 Piazza Bra in the heart of Old Verona 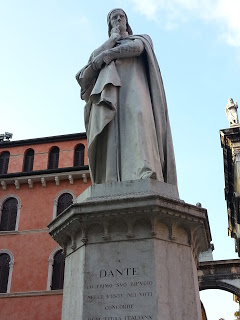 The statue of another great writer, Dante, who once lived in Verona 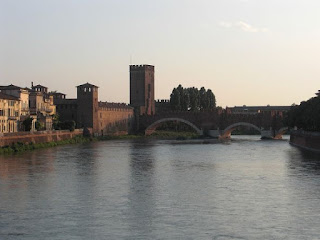 The Bridge of Two Lovers, dedicated to Romeo and Juliet, cuts through the heart of Verona
Posted by Dwight the Connoisseur at 10:05 AM