NEW YORK---Lisa Batiashvili looked absolutely beautiful in her flowing topaz-colored gown with a shimmering silver bodice shaped like butterfly wings. It was an apropo image, as her playing quickly took flight as Maestro Alan Gilbert struck the downbeat for Prokofiev's highly emotive and musically complex Concerto No. 1 for Violin and Orchestra with the New York Philharmonic.

Batiashvili has become somewhat of a regular with the Philharmonic. Her week-long residencies with the orchestra are among the most anticipated subscription concert's of the season and in this, as in past appearances, she did not disappoint.
Sergei Prokofiev wrote his first violin concerto in 1917, just as his native Russia was consumed in internal strife and revolution. The music is steeped in raw emotion and fraught with technical complexities. Batiashvili, with her superb command of technique, scaled the heights of Prokofiev's masterpiece with ease and imbued the darker, more emotive passages with a wealth of feeling that sent chills down the spine. Her command of her instrument, the 1709 Engleman Stradivarius, is awe-inspiring. Watching her closely as she executed the pizzicato in the Allegro moderato, she was astonishing. For his part, Maestro Gilbert kept  a tight reign on tempos and tones, being careful as to not  allow the swell of the complex orchestration to overwhelm Batiashvili's intricate solos. There were some lovely moments in the Andante assai and in the Scherzo where the interplay of the flutes and  woodwinds along with Batiashvili's violin created an almost chamber music effect.
Luigi Dallapiccola's nearly hour-long, massive Il prigioniero (The Prisoner) was originally performed in a live broadcadt on Italian radio in 1949. It is based on two short stories by French authors, which allude to the horrors of the Spanish Inquisition and political oppression suffered during the civil wars in Spain and Flanders in the late 16th century. With the aftermath of World War II as a backdrop during its formative stages, the work resonates with overtones of strife, struggle and involuntary confinement.
Alan Gilbert and the New York Philharmonic brought out the "heavy artillery" for this one, with a full complement of percussion instruments and the forceful voices The Collegiate Chorale, under the able direction of James Bagwell. Add to that the star power of Met Opera soprano Patricia Racette as The Mother, in a searing performance, Bass-Baritone Gerald Finley as the Prisoner, a sublime tenor, Peter Hoare, as The Jailer/Grand Inquisitor and William Ferguson and Sidney Outlaw as the First and Second Priests, it made for an all-around arresting performance. A few less-patient souls took to the exits in the early-going, but the difficulties of the piece were borne out as the performance developed. It unfolded as an organic whole, with moments of high drama and brilliant musicality on all parts. The brass sparkled. The percussion roared and the voices, particularly those of the central characters sung by Racette, Finley and Hoare, sparkled with vivid vocal depictions of despair, tragedy and ultimately, spiritual triumph. The overall impact was stunning. 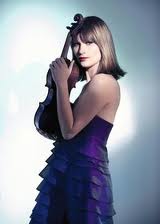 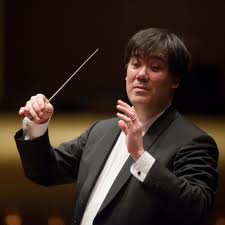 Posted by Dwight the Connoisseur at 7:35 AM